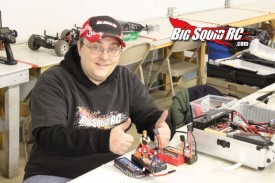 While some may argue that a heavier weight battery is a positive on track (for greater mechanical grip), and that a heavier battery pack eludes to better quality, I’d argue that a lighter pack at the same power output is always better. Lighter packs with the same output give you a better power to weight ratio, resulting in quicker acceleration and shorter stopping distances. I’d also argue that a lighter pack gives you the freedom to put additional weight in the spots that would be most beneficial for your handling. While power output is measured in other test categories, we feel that weight is important enough to have its own.

After all was weighed and done the Duratrax Onyx came out as the winner of the weight category. The smallest capacity pack in our shootout, the Dynamite 5200 mah Speedpack came in second, and the Orion 5500 rounded out the podium.