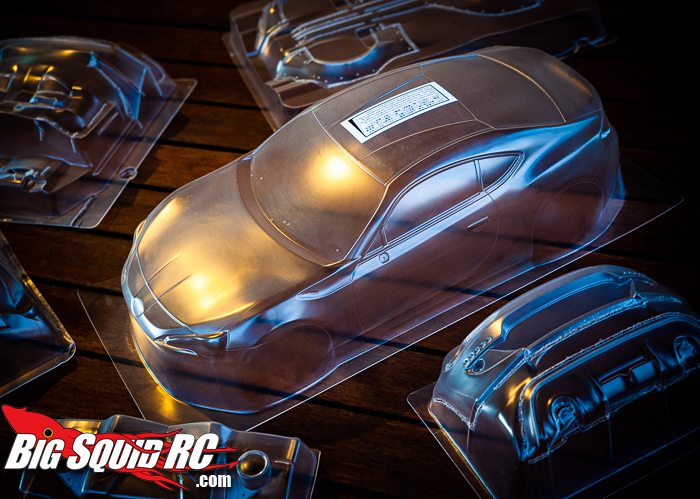 What do the Big Car Manufacturers do when they want to put out a new car, but lack the funding to start from scratch? Easy, they use an existing chassis and rework the design. Since this is a column about drifting, Toyota 86 and Subaru BRZ is a fitting example, but there are of course lots more out there.

Not being a big car manufacturer, and certainly not wishing I lacked the funds some of them do, I still find their recipe a good one. A new drift chassis is on the horizon, but since the horizon is distant, I have just started working on a body I have had lying around for three (3) months. Since before this column got started actually. Really about time that I got it out of the wardrobe.

When I bought it I had Big Plans for it, but then work happened. Way, way too much work, hours far beyond legal. It was a pretty tough couple of months, during which drifting gave me some much needed relaxation. I love how drifting keeps my mind completely focused and utterly relaxed at the same time, sort of in the same way downhill skiing does – but no snow needed! Highly recommended if you need to unwind, both activities, that is. RC drifting of course being the cheaper and easier accessible of the two.

But, I digress. I am not a big car manufacturer, but will use their method: put a new shell on an old chassis. A Toyota 86, from Killerbody, it will be. A couple of weeks ago I wrote about how some cars demand a certain paint job, or at least an active decision to do something different (racing stripes on a Mustang, or not?). In the same way, there are some bodies you just can’t ignore on the drift scene. Toyota 86 is a prime example, as is Nissan Skyline, Toyota Supra, Nissan 350Z, and Mazda RX7. And once you’ve seen the Japanese movie Initial D, there is no ignoring the funky old Toyota 86AE either. Not to mention The Fast and the Furious: Tokyo Drift and Subaru Evo.

Once again, I digress! Spoiled for choice, I decided upon a Subaru BRZ, couldn’t find it in stock, and therefore got the Toyota instead. Reason: lots of both around where I live.

To make it go faster, I got myself a wide body full kit as well, also from Killerbody. Fenders, spoilers, sweep wing, the lot. Setting it all out on the workbench (known to my wife as outdoor dining table), it really is quite the lot. Something’s gotta be said for a body kit where you actually truly need the 8-page instruction sheet – this will take a while to paint, cut and assemble. Cost per hour of fun will be negligible.

What colors? I have something in mind; simple, striking and dangerous looking. But more on that, and color choices in general, another week. Now I’m off to spend some time working on that paint scheme – it’s too late for drifting, but it ain’t never too late for dreaming!

If you feel that you need some raw material for your own dreams, hit this link for more Losing grip columns!