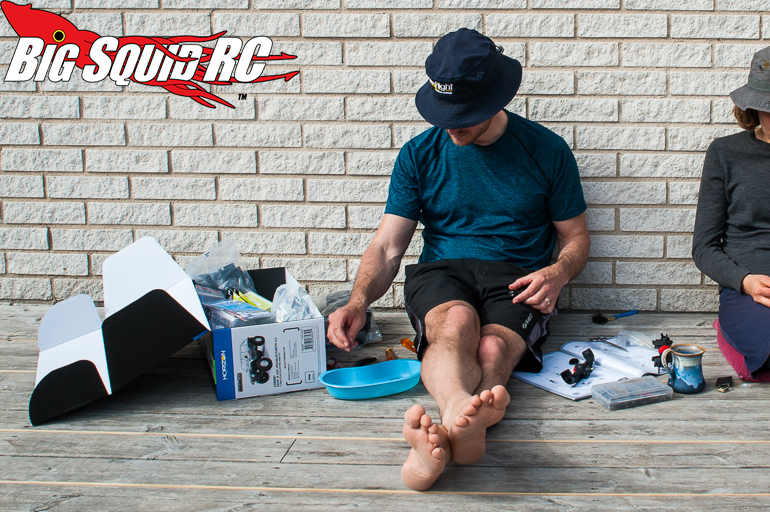 Losing grip – A kit and a bumpy road

With this in mind, the obvious choice when it came to Axial’s SCX10-3, was the kit. I rather enjoy the process of reading opinions on forums, accumulating parts, buying more upgrades than I initially intended to, and – this follows naturally – going over my budget time and time again. This is perfectly in line with modern economic thinking: things seem cheaper when one pays a little a lot of times, rather than a bit more only once; even though the opposite is true. I know this, but RC kits are the specific case where I happily and knowingly fool myself. First a servo, two weeks later a motor, then the ESC, and so on. This also means that I pay a lot more for shipping than necessary, but again, I look the other way. I enjoy the road, almost as much as the final result.

The big con is that mistakes happen, and that’s why I have a lot of stuff lying around. For example, I bought two Savox SW-025MG servos to use for the dig and 2-speed. A great little servo with excellent specs, except that it wasn’t small enough. This I found out when I reached page 38 of the instructions, a bit more than half way through the build. Annoying? Yes. My fault? Yes. Forums were consulted, and two Power HD TR-4 servos were ordered. Even more annoying though, and not my fault, was that I also needed to order the plastic bit that connects the servo to the servo saver (ax31009). This little piece really should have been included in the kit, but is not. Neither is there any official information saying that one has to buy it, unless one buys the Spektrum SX107 servo, that happens to include it. Honestly, it’s a 7 dollar piece, so not a big deal, but the information would have been appreciated. An unnecessary bump on the road. Another minor bump: the mounting holes on the sides of the Power HD servos were to big for the screw head, so I had to improvise using some spare plastic servo arms: 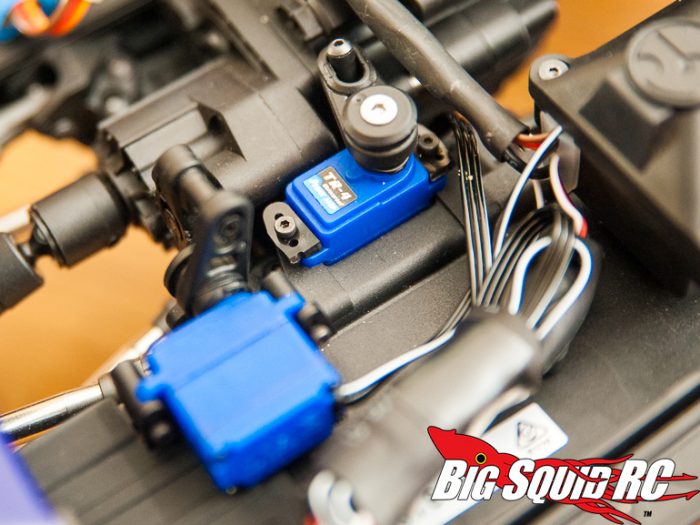 Luckily, the body came unpainted, so I could focus my attention on the lexan while I was waiting for servos and plastic bits to arrive. You might remember how I completely messed up my last body, this was not to happen to this one. It’s a very well designed piece of lexan, and I wish all bodies came laser cut like this one. My original plan was an ICU on the ROCKS! design, but this proved very difficult to cut and paint. I did a couple of tries on some spare lexan I had lying around, and then gave up. Straight lines and perfect curves are a pain to cut with a scalpel, beyond my skill set, and I do not own a vinyl cutter. Custom vinyl stickers was ruled out, when the only options I could find would leave me with two stickers on the car, and at least 98 stickers lying around.

What to do? It was a great plan, a grand design, but when faced with reality (my poor cutting skills), it failed. So, I did what all great generals do: changed plans. Since ICU on the ROCKS wasn’t possible, I chose a different course, but true to my pedigree. I have two beasts already, Panther and Snowman, a third one it would be. More on this in a week.

As far as the building goes, I’m done. Dig and 2-speed servos have arrived, are installed and dialled in. The electronic setup with a Holmes Hobbies Puller Pro Stubby V2 2700kV and a Mamba Micro X seems to work fine, only tried on the kitchen floor yet though, and I have decided to enjoy the fact that it sounds like R2-D2 is assisting my driver. A lot of heat shrink tubing has been used to make my wiring look decent, and I was happy to find that I had a signal reverser from Heyok lying around. This enabled me to get the coupling of the 2-speed and the Mamba’s Rock Racer/Crawler Mode right. That is, when in low gear, the car is in crawler mode with instant reverse, when in high gear, it is in rock racer mode and I have to brake first, then I can engage the reverse. It’s a great feature to couple with a 2-speed, I have it on both my Yeti and Bomber. Lots of wires though: 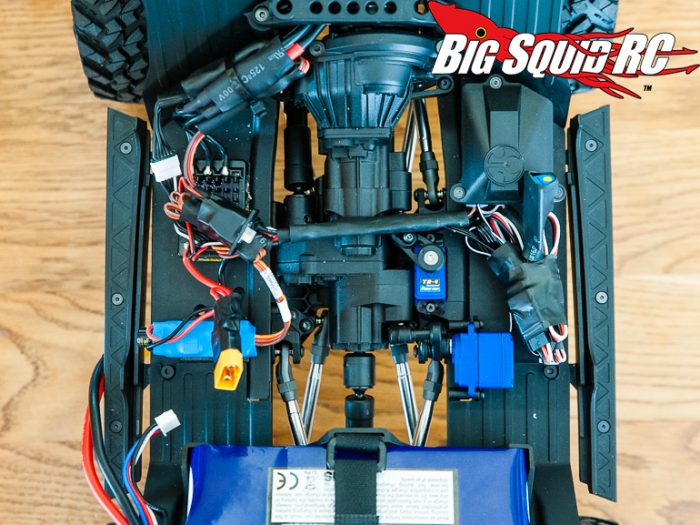 With everything working, I put the SCX on the kitchen scale. 3086 g, or six pounds, twelve ounces. If I follow Castles recommendations strictly – “The Mamba Micro X Crawler Edition ESC is a great option for weight conscious, competition oriented crawlers and trail runners in vehicles weighing up to 8lbs on 2S or 3S. ” -that leaves me a margin of more than a pound to fill with upgrades. Not upgrades for durability, I don’t believe that is necessary, but for low slung weight. Within set limits, as much as possible, as low as possible.

Brass portal covers and knuckles, here I come! Since I rather spend more and spend once, than less and spend twice, I have ordered myself what seems to be the highest quality and heaviest accessories around: Samix! I’ll wait a little before I mount it though, just to get a proper idea of how much difference this weight down low will make. 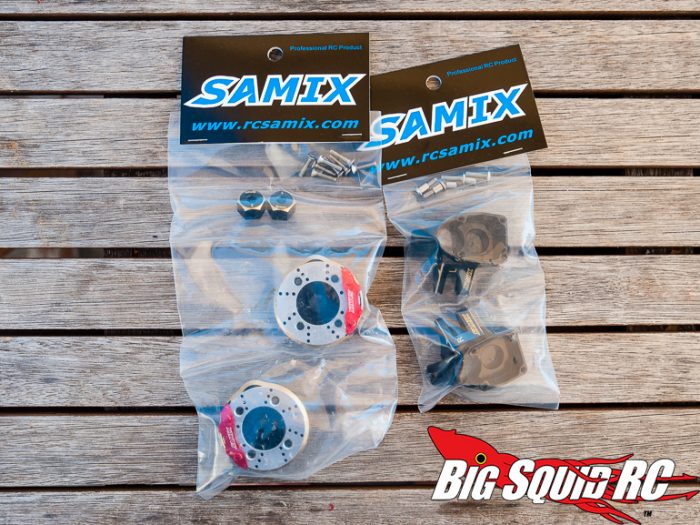