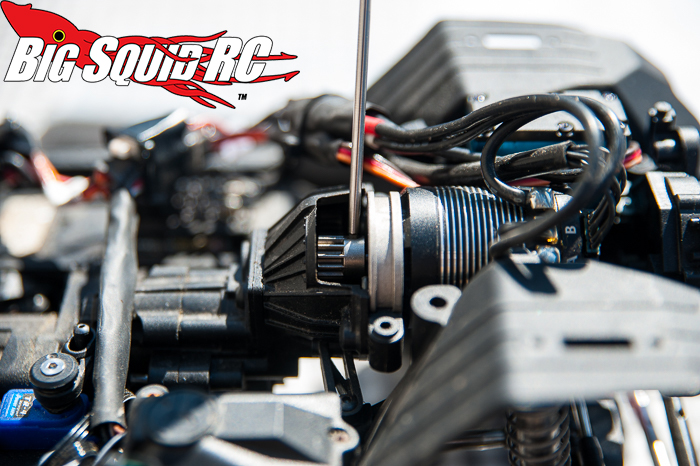 Remember the movie Prometheus, the fifth in the Alien series? The scene where the android David says puts a small drop of alien yuck in a glass of water, before serving it to one of the crew members? “Big things have small beginnings”, he says, and sure enough, a couple of hours later nasty things start to sprout from nasty places.

None of my rigs amount to be a Big Thing, and while all in a good shape, they have a few small problems that all began as small things. Sort of. Well. I admit that I struggle to keep a straight line from Prometheus to ten-scale crawlers, but loving the Alien movies, I just could not help giving it a shot.

As I was about to say, there’s a couple of small things that are way overdue fixing, since they cause problems out of proportion to their diminutive size. For one, the pinion gear on my SCX10. When I built it, I changed the original 14T pinion for an 11T, to get better torque and slow speed control. I wanted a bit of flexibility and therefore ordered s pinion with a 5mm bore and a reducer sleeve, so that I could move it around between my cars should I want to.

Reducer sleeves are clever little things in general, but in the instance of the SCX10 III mine has been a little pain. See, if the pinion gets loose and needs to be tightened it is very easy to get to it, only two screws to remove the top part of the pinion cover and get access to the setscrew. However, lining up three things (flat part of the motor shaft, the hole in the sleeve, and the setscrew), is a lot more time consuming than lining up just two. What could be a minute fix, tends to be prolonged to ten minutes. Mind, this has only happened two or three times, but for less than a fiver recently sent to Amainhobbies, I’ve made sure it won’t ever happen again. A Robinson racing 3.17mm bore pinion is now securely mounted.

Another small thing that has been fixed is my airbrush. Have a look at the picture below, at the tip of the airbrush needle. Metal ruler for size comparison: 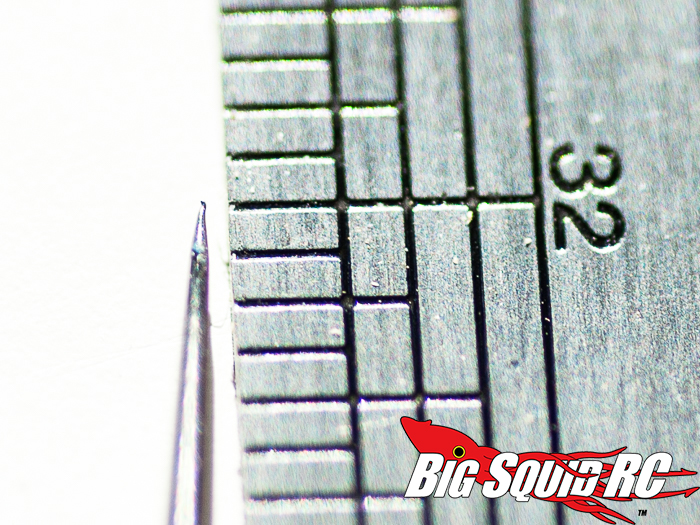 It’s bent! I dropped it, and it fell tip first into – of all things – an old hemp rope. Enough to cause a tiny, tiny bend on the tip, and that tiny, tiny bend is enough to make paint accumulate and eventually clog the airbrush. Small thing, big consequences (in terms of painting, that is).

The small things that I hope will make a difference on my Bomber, is a wider stance. I’m getting some SLW hubs, aiming to widen it by roughly .75 inches.

New pinion, new needle, new hubs. I’m close to getting set for the summer. The new pinion is actually a 12T, not 11T. Will that make for longer run times? I have battery data (3S, 3000mAh), the kV of the motor, the final drive ratio, and the tire size. Friction I can estimate. Numbers, numbers. There ought to be a way to work this out. In theory I mean. There are things to learn! Finally a reason to truly, madly, deeply wrap my head around electronics! Stay tuned.