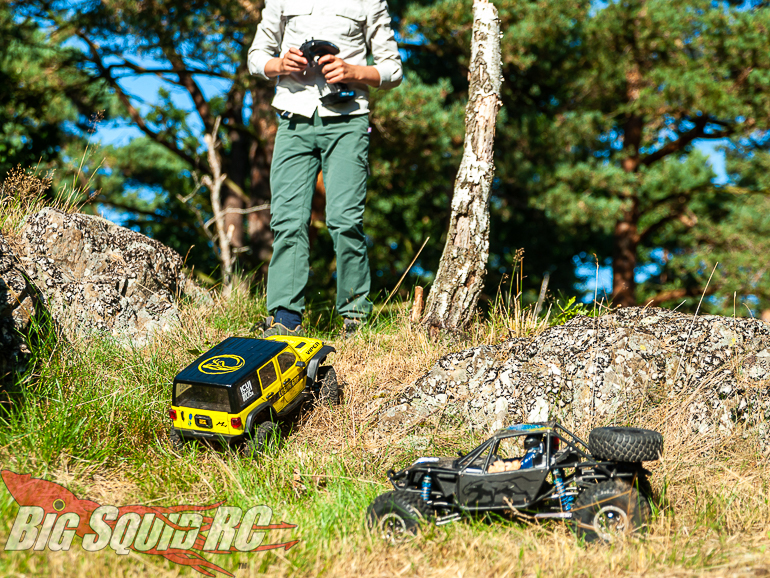 Losing grip – Bring in the crowd!

How best to spread this great hobby of ours? It’s a rich one, with lots of different aspects to dwelve deeper into: driving (duh…), building, painting, racing, engineering. Indoors, outdoors, in mud, on asphalt, at the beach, in the mountains, on the trails. Not that I really have to tell you, you know what I’m talking about.

If it is good, it follows that it ought to be spread. No reason to keep it to ourselves, right? The more, the merrier. How then to do it? It is not a rhetorical question, I don’t have a tried and tested solution to it. Rather, let’s explore the topic.

To begin with, I’m not a great example to follow. I am too deeply immersed in the hobby, to properly pass it to my children. As much as they like it, it would be difficult for them to make the hobby into their own. I’m there, the giant in the room, ten steps ahead. Building, painting, driving, writing. All in. A bit of a shame, really, but too late to do much about it. What I would need to do, is to buy them a kit to assemble themselves. My wife would go nuts if I did though, she still doesn’t fully understand why I need more than one car.

So, if you have kids and want to recruit them into the hobby, consider sneaking up on them from behind, rather than standing in front of them trying to wave them in. That’s how I got my son into miniature painting and wargaming, another hobby of mine. I knew that he would dismiss it if I suggested it to him, so I didn’t. Instead, I bought a couple of magazines and left them inconspicuously laying around the house. I knew that there was no way he could resist picking up a magazine with a weapon wielding maniac on the front cover, and I was right. In fact, I was way more successful than anticipated. Within a couple of months he talked me into spending hundreds of dollars on games, miniatures, paints, brushes, sprays and so on. None of us have looked back since. Being sneaky worked a treat. But as I said, I’m too deeply immersed in the RC hobby for any sneaking around to be done.

Standing in the way of my own kids, luckily doesn’t mean I have to stand in the way of other’s. In fact, I am happy to report that two of my nephews pooled their resources and bought a Traxxas TRX-4 Sport kit a couple of weeks ago. They drove my SCX10 III, one mainly fascinated by the driving, the other by the prospect of building and wrenching. The wrenching bit came from the oldest one, tearing into my SCT and trying to figure out why it didn’t work . In the end we diagnosed it with at burnt out ESC. Anyway, they started talking to me about a good place to start.

This, I think, is cruisal. Getting a good start in the hobby. When I came out of the Dark Ages in 2016 by buying an Arrma Fury SCT, I had a bad start. Me and the kids took it to a nearby dirt field, put the batteries in, got the body on, and were SOOO ready to go. It drove six feet, and then one of the rear wheels fell off. Today, I know that wheel nuts need to be checked, even on (especially on!) an RTR. Back then I didn’t. Had I not been really into the hobby twenty years earlier, that could just about have been the end of it. Now, a good start is not only about things holding together, but also about getting something that is fun to drive, where it will be driven. Not much fun buying a crawler having no trails to drive it on, or a basher and no space to let it rip. Hence, that’s my first question whenever someone asks me what to get: where will they drive it? On a track? (whatever the dudes at the track recommend) On a dirt field? (monster truck or SCT) In the living room? (1/24 crawler) On a parking lot? (street basher) In the nearby park? (depends, more questions needed) On the rocks and trails around the corner? (crawler).

In the end, I pointed my nephews to the TRX-4. I am in the process of building one myself, so I know that it’s a great kit to build. They enjoyed my SCX10 III, so they know what a 1.9″ crawler is about. The Sport kit leaves plenty of opportunities for upgrades, should they want to. Also, I could offer to support them with electronics I have lying around at home. I truly hope they will have a good time with it.

What I am getting at is, I realize, sharing. We know this, intuitively. The best way of making someone like something, is to let them try it. I have mentioned my policy of always being able to handle the transmitter to a five year old numerous times. If you’re not able to do this, consider what you need to do to achieve it. We all want the hobby to grow, right? I find it just about as fun watching a noob try out a car, as driving it myself. Admittedly, it can be rather gut wrenching watching abysmal throttle control, but I don’t think I’ve had anything break in the hands of a kid. Gotta love end point adjustment!

Be sneaky and let the noobs drive your rigs. Ought to go a long way. Best of luck, now bring in the crowds!