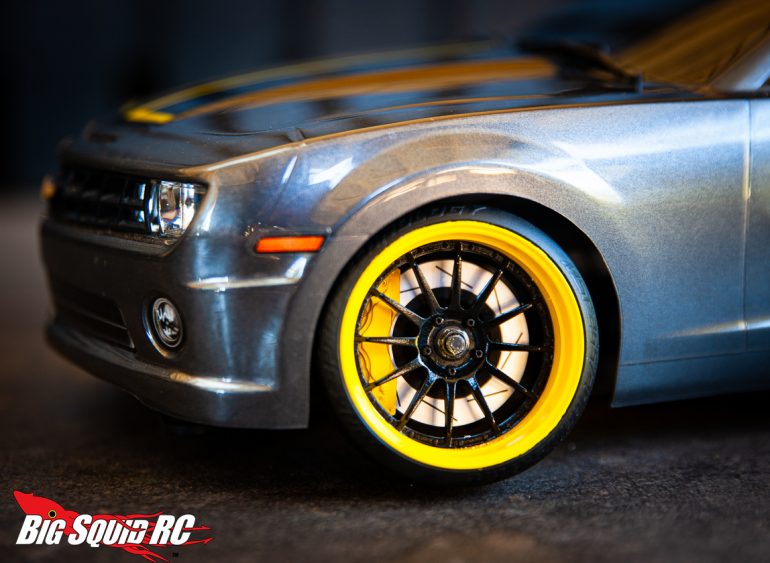 Losing grip – details, or not?

I recently completed a self evaluation at work, and after having been in my present position for more than a year I am certainly doing better than when I started. Pin pointing what exactly I am doing better wasn’t very easy, but one thing I realised was that I have become a fair bit better at judging which details matter, to what degree, and which do not matter at all. This growing insight could go for my hobby as well.

However much I do like to get things perfect, I am not obsessed with it the way I used to be. And what a relief that is, not to mention time saver! While I truly enjoy looking at some of the awesome drift cars out there, the ones that are sitting on chassis where every single wire is neatly tucked away and not a single speck of dirt is to be found, I have accepted that it is something I will not aim for. Not because I don’t understand the joy that can be found in the pursuit of perfection, but because of a conscious decision that this is not what drifting is to be about, for me, not at this time.

As I have said before, I drift outside, therefore things will get dirty. I also hit the occasional curb, causing dents and scratches on my bodies. I also let my kids, and friends of my kids, drive my car, which in turn causes even more dents and scratches. Hence, going for perfection simply does not make sense. It would be awesome driving around with a body like Vivian Groblers BMW M3, but there’s no way I could then hand the transmitter to a 7-year old who’s never held one before. 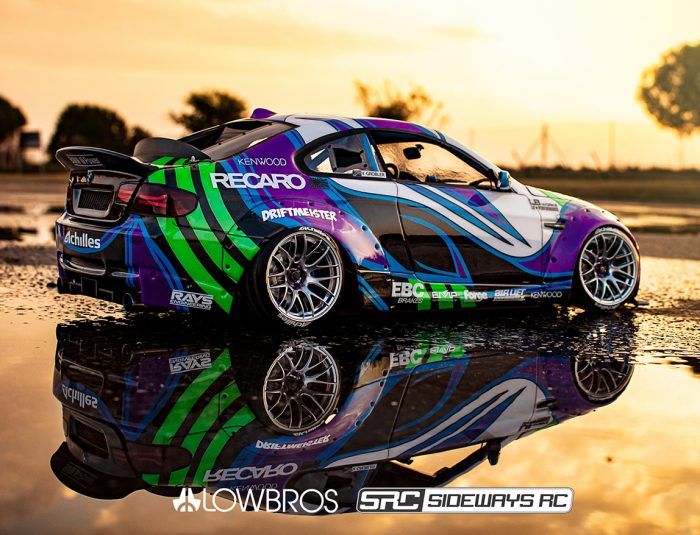 Nonetheless, while I might have ditched perfection, I still like to put some time into details. Not miniscule details, but the small touches that are realtively easy to do, and make a difference to the end result. Simply put: the details where I get the most bang for the buck.

For my Nissan R34, I decided to put some money and time into painting the rear mirrors and rear wing red, instead of just keeping them black plastic. Quick and easy, and big difference for the end result. Same thing with the wheels, painting them blue didn’t take long, but really helped in getting the right look. 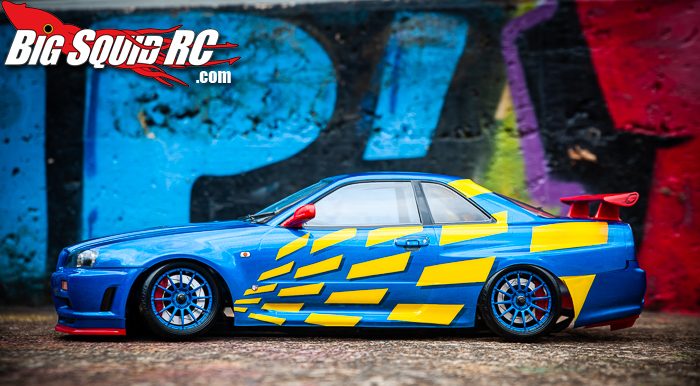 But then look at this: 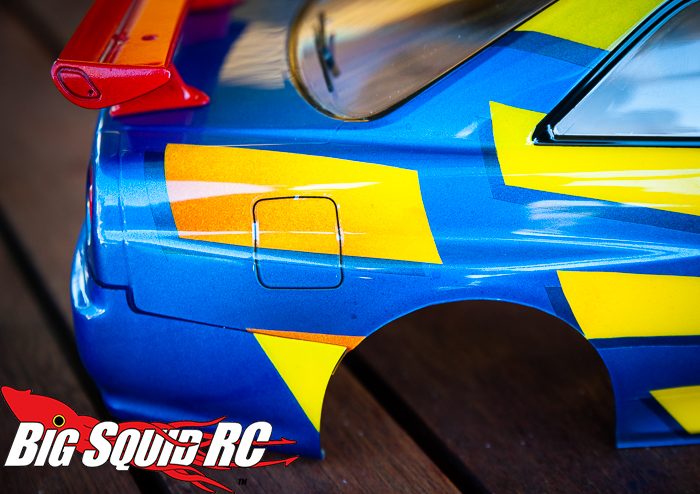 When I painted the rear lights translucent red, the very last coat of color, that red bled through all my backings and tainted the yellow! I must have been lazy and put on too thick a layer, so that the solvent in the red paint made it bleed through. A most unfortunate event that certainly neither had me lose my temper, nor had me utter any words unfit for printing. But it had me only showing the left side of the body a couple of columns back… Not to mention that the yellow lines on top my Camaro are not perfectly symmetrical.

Still, both bodies look good enough. I have almost convinced myself that the red bleed through is no big deal to me, and anyway those red rear mirrors tend to catch the eye. And the misalignement of they yellow lines on the Camaro really isn’t visible unless viewed straight from the front, level with the car. A couple and yellow and black wheels, and yellow disc brakes, newly painted, will certainly divert the gaze from any crooked lines. Quick and easy! 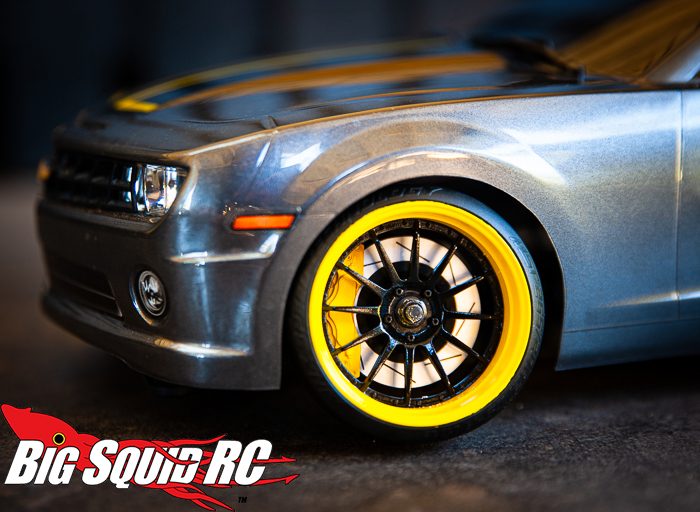 Now: off to the park for some drifting and showing off of yellow disc brakes!

PS. For the record, the plastic details and the wheels were first painted with a basecoat of Tamiya TS white (for plastic). Several thin coats, to get a solid white base. This gave the Tamiya PS colors (for polycarbonate) something to adhere to. Finally, a coat of Tamiya TS clear was applied to make it all nice and shiny. Easy.

PS2. A new drift kit shall be ordered. To consider: with a limited amount of resources (as in money) available, would you put them all into one shiny bucket with all the blings and upgrades, or in two cheaper plastic buckets to be able to let more people drive at the same time? Would you get another kit of the same brand (in my case an MST RRX, for redundance in spare parts and such), or another one (to try something different, like a Yokomo YD2R/S-)? I will think of this for a week, and then let you know what I’ll end up doing.

Still reading? Then why don’t you check out one of my previous columns here.