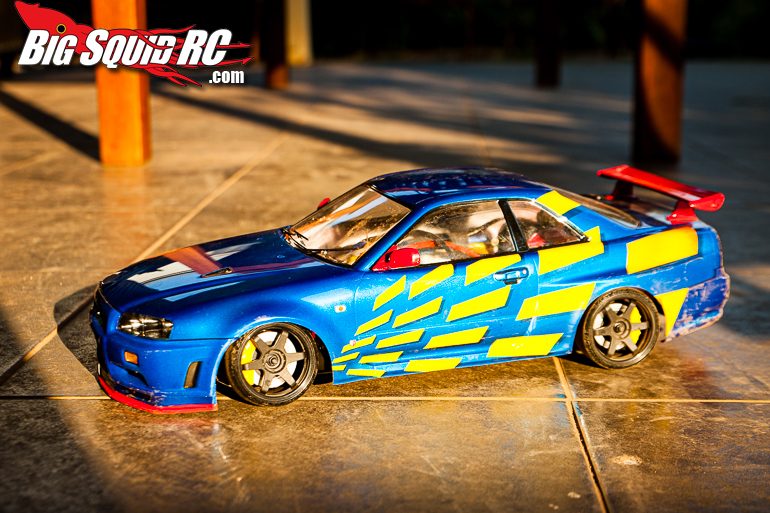 The first cut is the deepest, sang Cat Stevens about love. RC cars weren’t even invented back then, yet his words ring true in our hobby.

Christmas is coming, winter is not. At least not where I live, on the southern hemisphere. Summer has only just started, it seven o’clock in the evening and almost uncomfortably warm inside. Had I not been fairly used to it by now, I would have called it hot as hell. Another degree warmer, and I would be dripping sweat. Today was actually a bit too warm to go drifting in the local park, especially since I was a bit tired too. Heat plus lack of sleep equals laziness. Had only the Spanish conquered this continent, everyone would have a siesta in the middle of the day. Unfortunately it was the English who offloaded their convicts here, so instead of a comfortable siesta, we got ridiculous bureaucrazy and cricket. But at least they have learned to drink coffee in the past ten years, so I guess things are picking up.

I digress, so lets get onto the topic I’m actually supposed to write about: the noble art of going sideways. Since I found the park too warm today, I settled for drifting at the back porch – after all, I am the one who preaches that drifting can be done everywhere, so I felt I had something to live up to. This was a rather interesting change of venue. Contrary to what I thought, it turned out that the tiles around the BBQ in the back provided more grip than the asphalt in the park. Instead of less speed, I got more. Also, I was too lazy to change tires.

More speed, but in a considerably smaller space. A small space, with a heavy wooden table in the middle. The table was left partly because I was too lazy to move it, partly because I thought it would be fun drifting around the table legs. Starting out, I knew it would be challenging, and that the car most likely would take quite a bit of a beating. Naturally, I reached for my beat up Camaro body, and not for my virtually scratch-free Nissan. I spent quite some time painting that body, so I sure don’t want to see it suffer from too much wear.

Rethorical questions, of course. Once the thougth struck me, there was no turning back. In went a battery, on went my Nissan Skyline R34 body in its glorious triadic color scheme of blue, yellow and red, and into the table legs it went. Round them too, but into them a bit more than I would like to admit. As I said, more grip, more speed, less space. It was fun, and after half an hour the body had the scratches and dirt to show for it. But for that half hour, that Nissan was alive!

Now, do note that I am into rock crawling and rock racing as well, so I am no stranger to wear and tear, but getting scratches on a drifter was a deeper cut than getting them on a Bomber. It was the first cut, and it was deep. Yet liberating. My Nissan is truly out of the closet, and what fun we shall have!

Are you considering to let your inner drifter out of the closet? Then hit the link to read more columns and be convinced this would be a good thing to do.