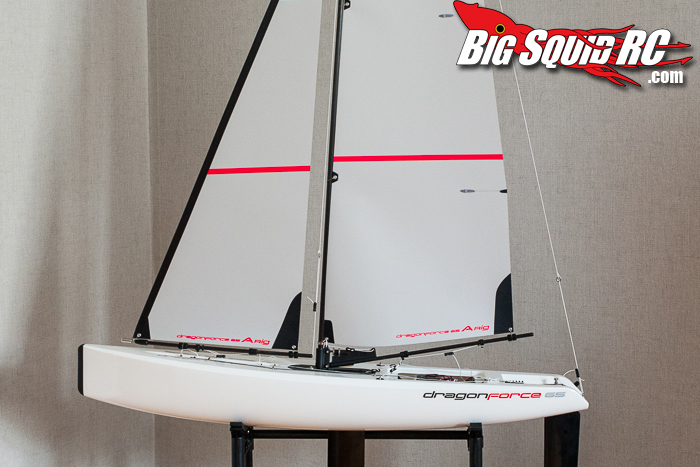 Is it reasonable to expect that the writer of a drift column called “Losing grip” will never stray from the intended course? Of course not. Travelling in one direction, but with the nose occasionally pointing in another is the very essence of drifting, isn’t it? I hope Brian will forgive me this transgression, but considering that he so far has let me (and Cubby!) get away with, I am sure he will.

A little while ago I found myself with some birthday money burning in my pocket. Sort of like that one grand check all you Americans are getting just for the trouble of existing. Birthday money are pretty much the only kind of money that I get to spend on whatever I like, without my wife having anything to say about it, so naturally it was to be spent on something RC-related (yet knowing very well that she would sigh and say “Another one?!” when she would see whatever it is that I would get). Does it sound familiar to anyone of you? Let me know and lend me some support at martin at bigsquidrc dot com

Anyway, to get to the point, I didn’t buy a drifter, or a basher, or a crawler, or anything with any wheels at all. I bought myself an RC sail boat, a Joysway Dragon Force 65 to be specific. This is something I’ve had in the back of my mind since my teens, and living in an archipelago with less than five minutes to walk to the sea, it really is time to take RC to the waves. With this one: 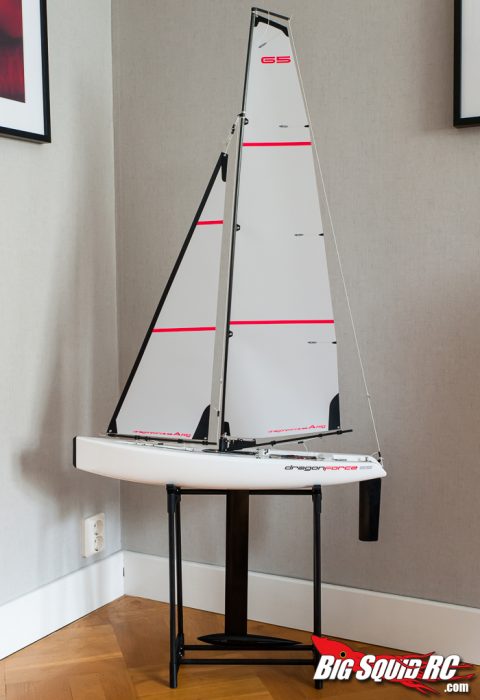 Having gotten a small, toy grade powerboat from my colleagues for my birthday, it was natural first to consider a bigger electric boat. Like a ProBoat Miss Geico or Sonicwake, or a Traxxas DCB M41 or Spartan. I mean, those things are really, really cool. The Sonicwake and the two Traxxas being able to hit more than 50 mph out of the box, and the Miss Geico topping almost 80 mph! That’s wicked!

However, it also means that you could hurt someone with them. There’s quite a few swim runners around where I intend to go boating, and hitting the head of a swimmer with a boat weighing a couple of pounds and traveling at insane speeds – that could land the poor swimmer at the bottom of the sea, and me in jail.

But this was actually not the main reason for not going down the electric boat route, with a bit of caution and mutual respect, the risk of accidentally hitting someone could easily be reduced to just about nothing. No, what made me go for a sail boat was the same reason that make me like drifting – there’s a learning curve involved. No one can drift beautifully at their first try, and I believe it to be the same with sailing. Drifting requires a perfect balance between throttle and steering inputs, sailing ought to require a balance between reading the wind, then adjusting rudder and sheeting accordingly. I am saying “ought”, because I haven’t actually tried yet, just read about it. In short, there seems to be quite a bit of skill involved, and that’s my cup of tea.

Why haven’t I tried? Because an RTR sail boat is not the same thing as an RTR car, it turns out. The BigSquid Time to Bash (Splash?) rating for the RTR Joysway Dragon Force 65 would be an “E”, or maybe even a “Z”. The boat comes with everything you need except for 8 AA batteries, but the keel, rudder and rigging all need to be assembled. Lets just say that after some ten hours of rig assembly, I am now a lot more comfortable with tying miniscule bowline knots using tweezers than I was a week ago. I probably built both the Yokomo YD-2S and the MST RMX 2.0S kits quicker than I got this “RTR” sail boat ready to hit the water.

Right now it’s windy an rainy outside, weather for crawling perhaps, but certainly not drifting and not for first time sailing. I’ll be off to tidy up a few bowline knots, and do some cutting on my Mitsubishi EVO.

Finally: Happy Independence Day! Don’t forget your pledge of being one Nation under God, indivisible, with liberty and justice for all. It’s a beautiful pledge, that could and should be an inspiration for us all.

Want to read more about RC drifting? Hit the link for another column.

PS. Hail Cubby! He’s part of why I got back into RC, and I will miss his his columns. His was a long run, and well done to boot!