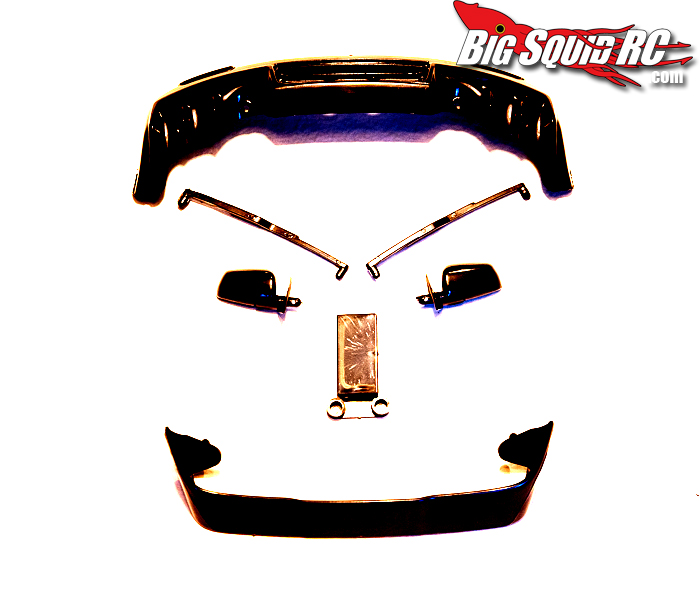 ”What’s in a name? That which we call a rose
By any other name would smell as sweet”

Wrote Shakespeare, in the second scene of the second act of Romeo and Juliet, a bit over four hundred years ago. The scene is a classic. Juliet compares Romeo, who comes from the rival family Montague, to a rose and argues that he is her enemy only by name, not because of who he truly is. His name does not matter to her, but had he had a different one, they could have married without any problems at all. You will often see this paraphrased as ”a rose by any other name would smell as sweet”.

Is this always true? That the names of things do not affect what they really are? Maybe, but names certainly affect how we perceive things. To prove my point, let’s consider this in the context of the body that I ordered from KillerbodyRC over a month ago. It is a Mitsubishi Lancer Evo X, and it arrived today, only three weeks later than what would normally be expected.

I spent quite some time pondering what body to get, before I settled on the Evo X. From this choice, it is obvious that beauty was not a top priority. In an article in The Guardian from 2004, Jonathan Glancey writes on the aesthetics of the automobile, arguing that ”a truly beautiful car is one that is balanced, one that enjoys a harmonious play between its shape, detailing and mechanical underpinning, one that feels as good at the wheel, or to ride in, as it does to look at in magazines or on the road.” Later adding that ”curves are always beautiful”. I do agree on both statements, and quotes him because he eloquently sums up why the Lancer isn’t beautiful at all.

A beautiful car, like the Merzedes-Benz 300 SLR Uhlenhaut Coupé, looks as if its lines are following a dancer’s flowing movements. Exact, graceful, passionate. The Mitsubishi I have at hand looks as if it was designed by a baker, using two pounds of soft butter and a rubber spatula. The Alpha Romeo TZ3 Corsa looks way, way better, but as a drifter, it is simply not credible. Hence not beautiful as a shell on top of an RC drift chassis, because in that context it does not ”enjoy a harmonious play between its shape […]and mechanical underpinning”. A TZ3 Corsa on top of a Yokomo drift chassis – it just doesn’t add up.

The butter blob of the Evo X on the other hand – I don’t see it as much as I hear it, and when I hear it, I don’t care what it looks like. I have only just opened the plastic bag, yet my mind is pierced by that motor noise, the punch of it calling for attention in the same way as the distorted guitar does when it first enters the song ”Civil War” by Guns n’ Roses. Unquestionable authority, assertive rather than aggressive. Drift music, put simply. Hence my Mitsubishi Lancer Evo X body is a beauty by association, because of its name, of its heritage. By any other name, it would certainly not smell as sweet. As opposed to Romeo. Quod erat demonstrandum.

KillerbodyRC has done an excellent job with this body, and if you haven’t checked them out before, I recommend that you do. Note: I am not sponsored by them, but have paid every single cent of every single body myself. No bias what so ever. If anything, there should be a negative bias from my side: I have promoted their bodies a couple of times, yet still haven’t been sent any free stuff from them. What use then is there to be a blogger? Just kidding. I’ve had my existential crisis already.

Anyway, consider this: a detailed polycarbonate body, including plenty of injection molded parts for less than thirty dollars? That is crazy good value. Quality can’t be faulted either. It’s my fourth body from this  manufacturer, and I have no complaints so far. In this case, we find chrome light buckets, exhaust pipe, sideview mirror glass, and black plastic rear wing, side mirrors, windshield wipers and rear spoiler. The lot. With most other manufacturers, these things need to be bought separately – if they are at all available – significantly raising the cost of the project.

All that remains is the paint job… Time to get out that liquid mask, and to hope that some paints will arrive sooner rather than later.

And, by the way, I am not one to pass up the opportunity for an unconventional product shot. Should you want to know what the body really looks like, check it out on KillerbodyRC.

Now, why don’t you read another column?