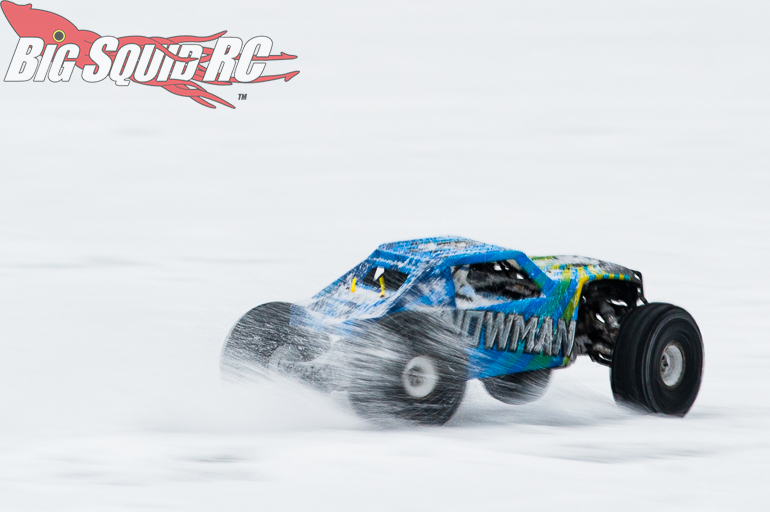 Losing grip – Need for speed and ice for miles

For ten months of the year, I am perfectly content with cars doing less than fifteen miles an hour. Whether drifting, crawling or trailing, this is plenty. Both my 2.2″ rigs are capable of more, but I seldom use the very top end due to lack of space. Also, when I find the space, it usually results in a lot roof time. Whenever people ask me “How fast does it go?” (the one question I alway get, and the least interesting one), I always answer “Too fast to be able control it”. Pro-Line Hyrax tires have top notch grip, perfect for rocks, not so perfect for tight turns at high speed.

That’s it, ten months out of twelve. Granny speed, the occasional three feet jump, but plenty of steep ascents and some sideways action. Lots and lots of fun, make no mistake, but during the remaining to months? I dream of a true basher. Something like an Arrma Kraton or Vortex a Traxxas E-Revo or Maxx. Need for speed, that’s the bug I catch every winter. Why? Ice!

Where I live, the sea goes solid just about every year, for a month or maybe two. That means a couple of square miles of wide open space, pretty much just outside my door. All that wide open ground (well, technically water) calls out for something ridiculously fast to cross it. The ice just about always gets covered by a bit of snow, providing a bit of traction. Enough grip to gain plenty of speed, yet satisfyingly slippery for sliding sideways. Not to mention rooster tails! Huge tails, yet no dirt that needs to be cleaned off afterwards. Just hang dry with the laundry, and that’s it.

“Talk to talk, but will you walk to walk?” Well, knowing myself (and my wife), I won’t. As much as the speed bug catches me this time of year, I know that this is not where I will spend my hard earned cash. My trusty old Yeti (aptly named Snowman) does a good enough job as an ice basher. Not half as fast as a Kraton, but still fun. In fact, I had it out on the ice just yesterday, once again proving my thesis that RC, family and nature makes for a great combination. 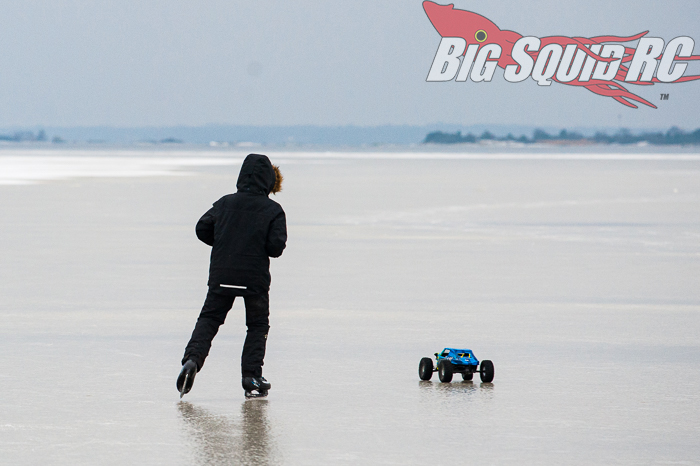 See? That’s my son, roughly a mile offshore, ice skating and driving Snowman. The ice he’s skating on in the picture was a bit too slippery, but the snow covered ice in the background was great. Perfect ground for letting some of his friends have a go as well, with zero risk of them breaking anything. Miles of ice, RC on the sea, and hot chocolate to go with it. Highly recommended, even without a 6S truggy. Just have a look at Snowman going sideways and throwing up enough snow to almost disappear: 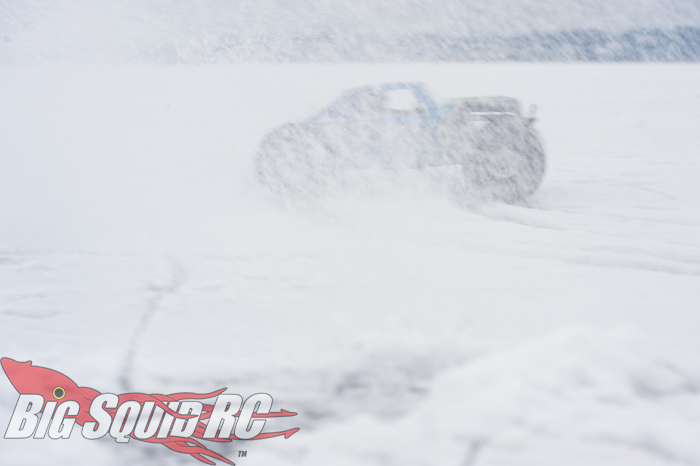 No ice around where you live? Well then, you might have big parking lots instead. Bring coffee, kids and something fast, and a great time is ahead of you. 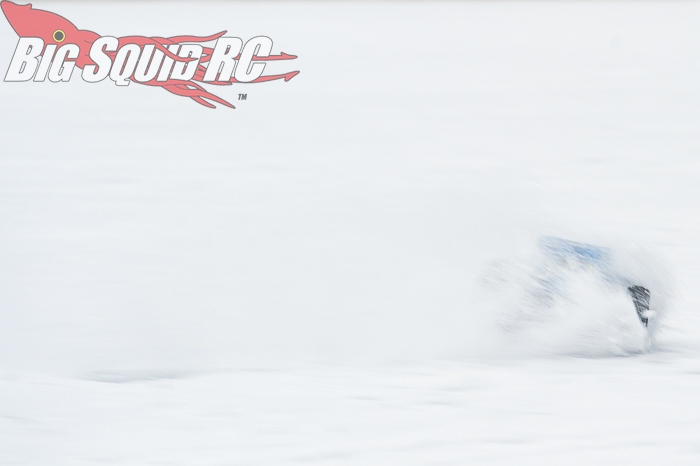 PS. Word of caution though: make sure you know what you’re doing before you go out on frozen sea or lakes, check ice reports, and bring safety gear. Not enough respect for it could get you killed, no joke.

PS2. Want to read another column while your batteries are charging? Hit the link.