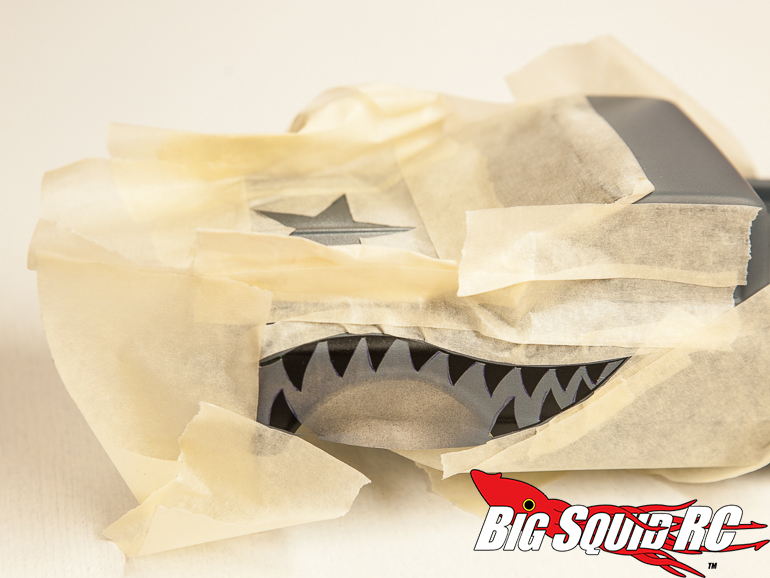 No, I haven’t been outside painting. I’ve been painting on the outside. Of the body of my little SCX24. Last column I mentioned I had some trouble with paint peeling off with the masking tape, but no such trouble today.

The idea behind the paint scheme is simple. This car belongs to Rob Smith, son of Junior Smith, son Bob Smith who was a fighter pilot during the second world war. His was a Curtiss P40 Warhawk, a fighter adorned with a shark’s mouth. Fearsome to behold, especially if you were to find yourself on the receiving end of its six M2 Browning machine guns. Bob Smith retired from the navy after the war, bought himself a small farm in the Mississippi Delta, made  decent living growing cotton and corn and earned some money on the side as a crop duster.

Time went by. Bob’s son Junior was born in the late fifties and his grandson Rob some twenty years later. Years passed, and eventually it was time for the grandson to buy his first car. Knowing that his father once dreamed about, but never could afford, a Chevy C10 this was his obvious choice for his first set of wheels. Knowing that his grand father once was a fighter pilot, he never hesitated on how to repaint the scrappy old car he managed to lay his hands on. Great, and with shark’s teeth, just as ole’ pops’ legendary Warhawk.

See? I really had no choice. It was always going to be inspired by a WW2 fighter plane.

For the teeth, I used a pen to give me a rough idea of the look, then cut them out using a scalpel. That means it’s not exactly symmetrical, but no big deal since you only ever see one side at a time, right? Besides, have a look a the pictures coming up, and you’ll see that the sides certainly are similar enough. 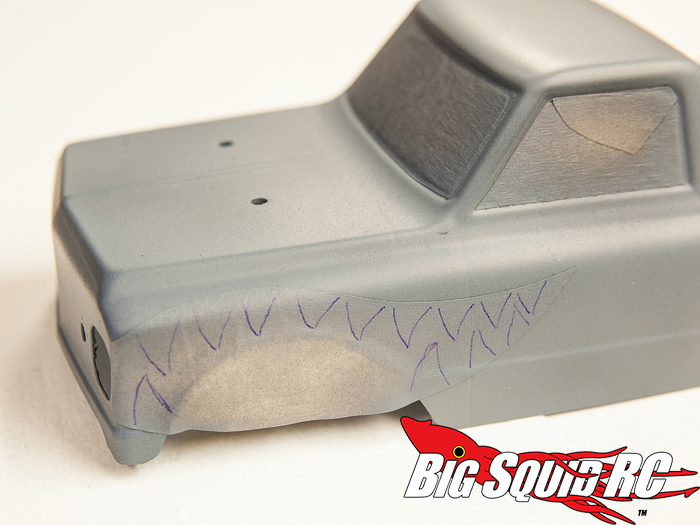 Cut, peel, and then more masking tape. While I was at it, I also did a star on the bonnet. The whole procedure had me a bit anxious, since it was a bit of work and I wasn’t sure that the paint wouldn’t come off with the tape. A couple passes turned the teeth white, and at this point I also painted the bed. For the bed, I used Vallejo acrylics and rather than bother with masking I just used very low pressure and free handed it. 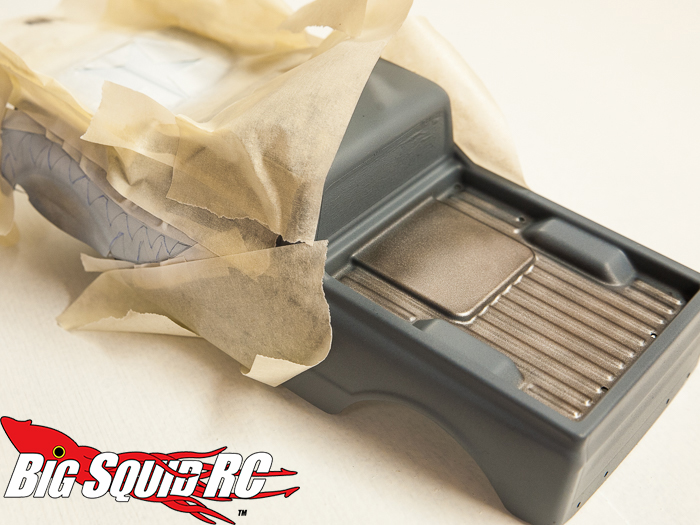 The tape came off easily enough, revealing the teeth and star. Not perfect, but certainly good enough for Rob, eighteen years old. 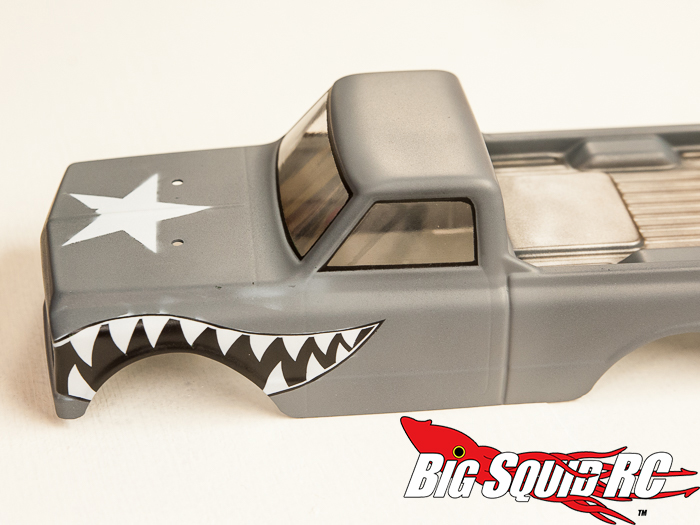 Using a brush and Vallejo acrylics once more, a dash of red was added for the gums. 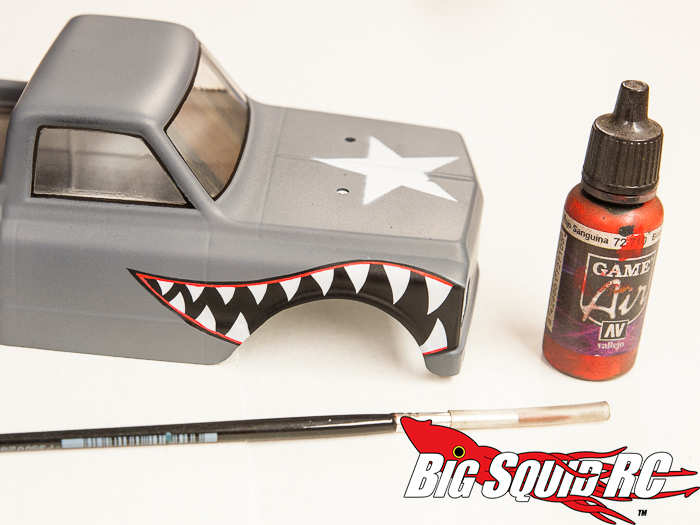 So far, so good! Bob was really happy to see his grandson do a homage to his Warhawk, and certainly not minding any mistakes made. But, this was all happened more than twenty years ago. The car was lovingly taken car of for several years, then wife and kids happened and the car was left in a derelict barn that once belonged to a former fighter pilot turned farmer. In a week or so we’ll see what it looked like once found again. I’ll do a leap of faith and give weathering a go.