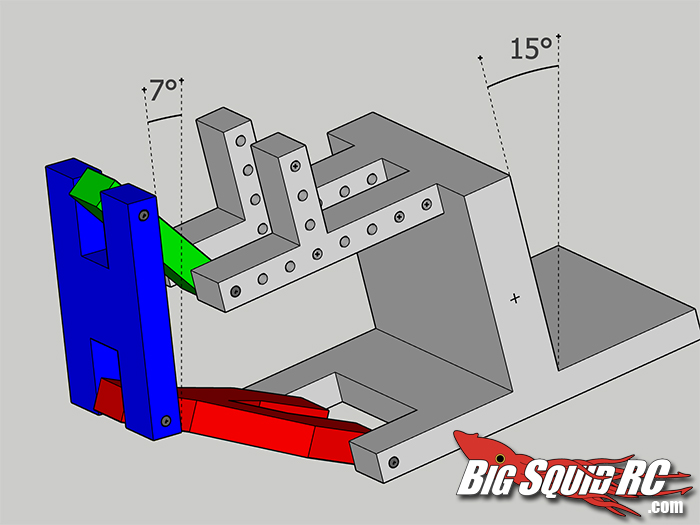 What then about rolling? When you turn, the car rolls, how then does upper arm length affect camber gain? Let’s have a look. I took me some time to wrap my head around this one, so bear with me and feel free to protest if I got something wrong or need to clarify. Do also note that I am not a 3D designer, so despite spending hours (really, I ought to be paid double for this column. Brian?) doing them, my graphics are still rather utilitarian. But they illustrate the concept, and that’s the whole point. Never mind the absolute numbers, just the relationship between them.

First: the basic setup. Upper and lower arm of equal length, and with zero angle: 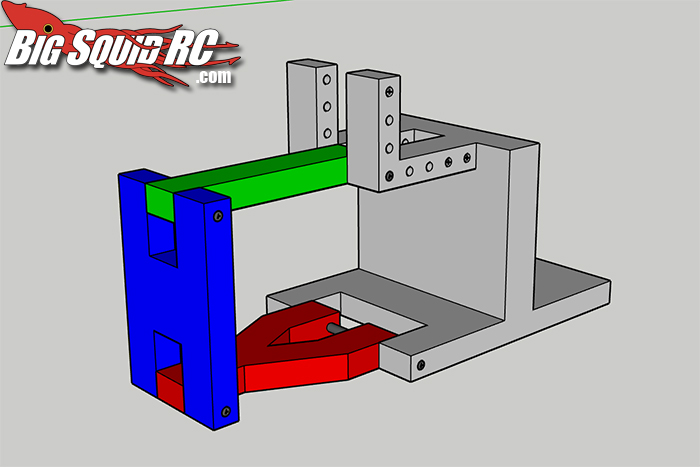 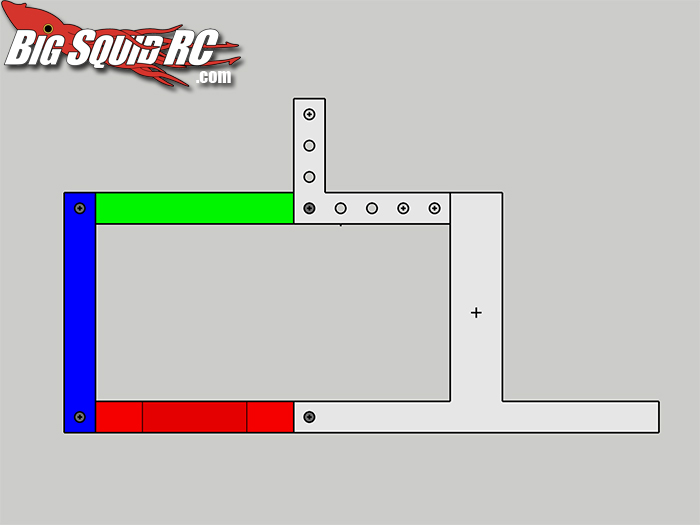 So, the car does a right turn, and hence rolls towards the left. Since everything runs in parallell or perpendicular to each other, the knuckle (blue) assumes the same angle as the body: we get positive camber on the outside wheel. The rear will want to move left, making for either a huge drift angle, or a spin out. 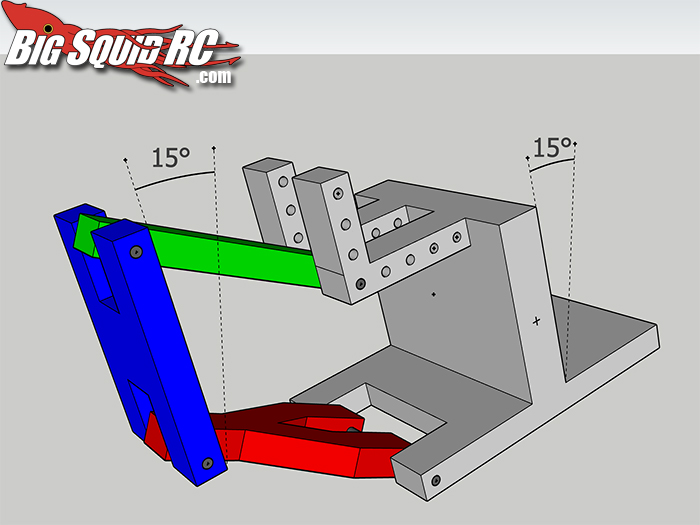 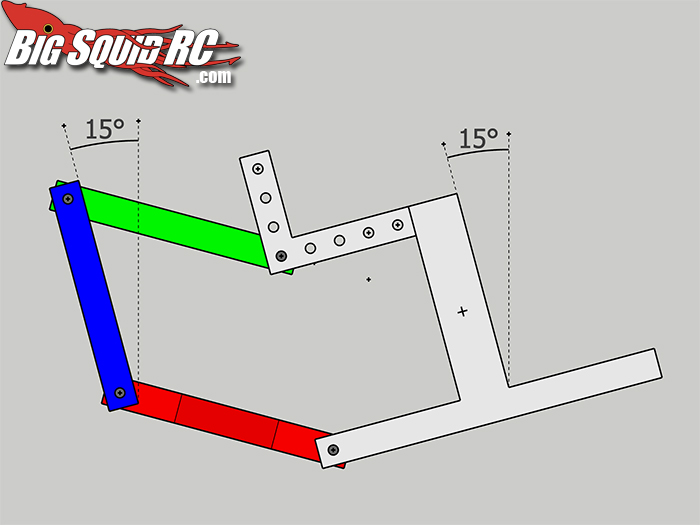 And that’s why you never see parallell, equal length A-arms on a car. With this setup, you get a smaller contact patch on the outer wheel in a turn – certainly not what you want, in any situation. In addition, if you hit a bump, the track width decreases, since the wheels not only move up, but also in. Not good. Should the upper arm be longer than the shorter, this phenomena gets even more extreme. Have a look at this setup: 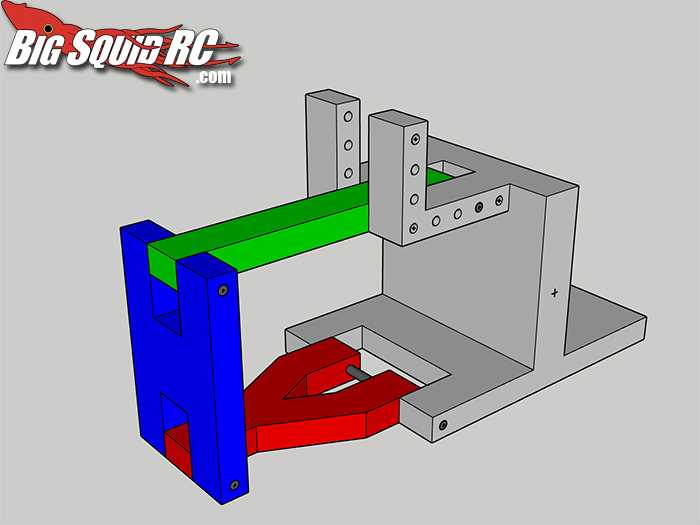 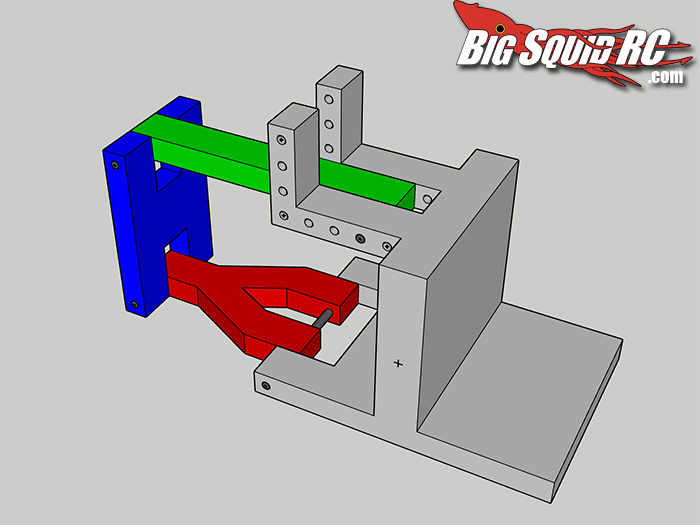 The upper arm is longer, so that when the body rolls, the positive camber becomes even bigger, resulting in even less grip: 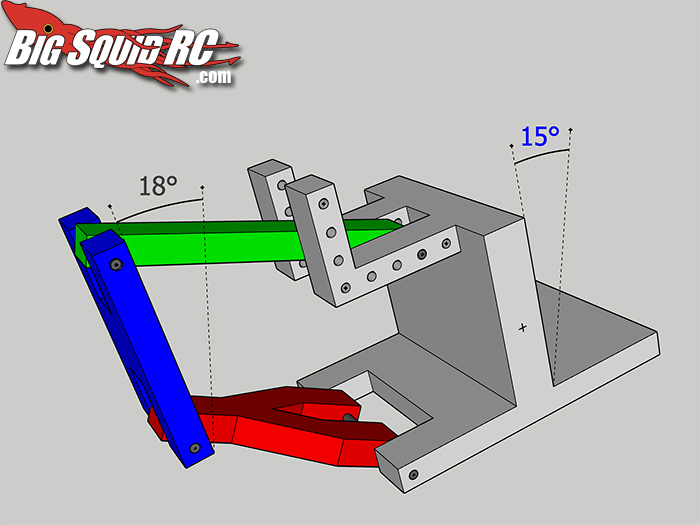 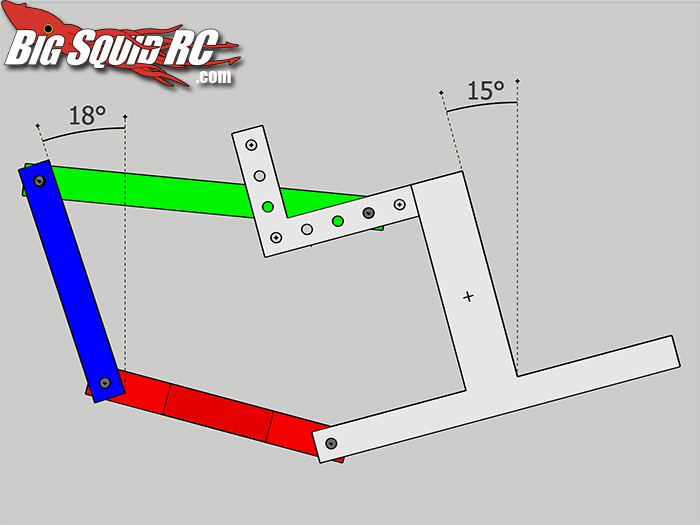 See? I think the term would be negative camber progression. I repeat: smaller contact patch, less grip. Don’t try this at home. This is why, in a parallell A-arm setup, the upper arm tends to be shorter: 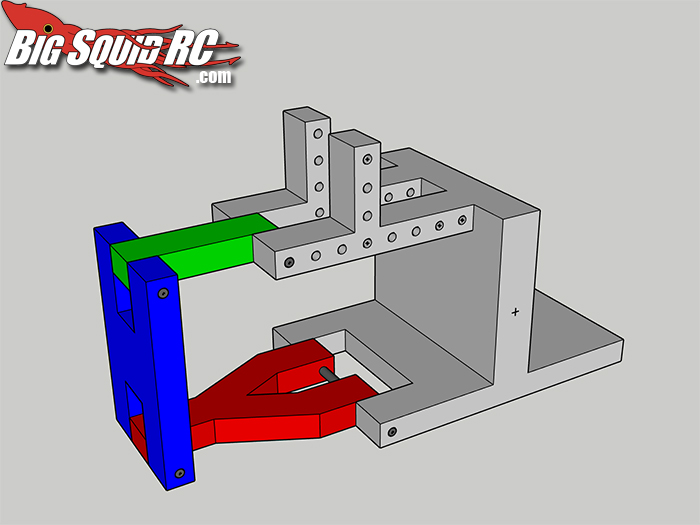 A shorter upper arm will help to neutralize the positive camber caused by body roll: 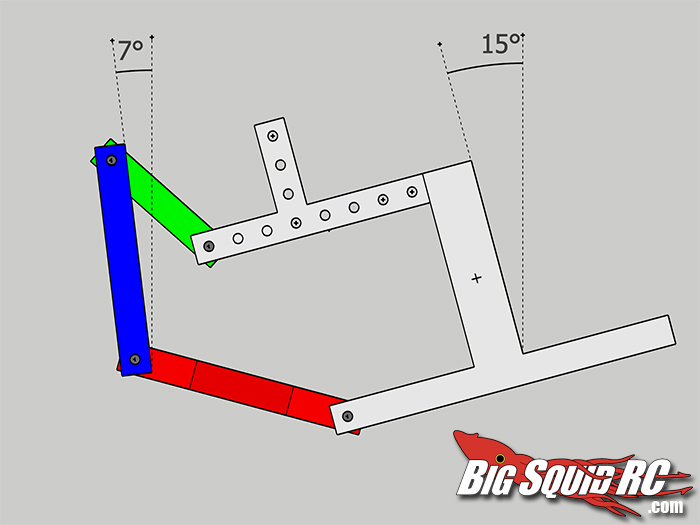 This in turn, naturally, causes a larger contact patch and more grip on the outside wheel – where you want it.

To make things even more interesting, things change when you don’t run the A-arms in parallell. Subject for another column certainly, but for now, just make sure your A-arms are angled in towards the centre of the car. Actually, you don’t even need to check your car, since it is bound to be setup like that. And hopefully, you now understand why.

Click the link to read another column, and drop me a line at martin at bigsquidrc dot com, if you want to read more columns on car geometry. They take a while to write…