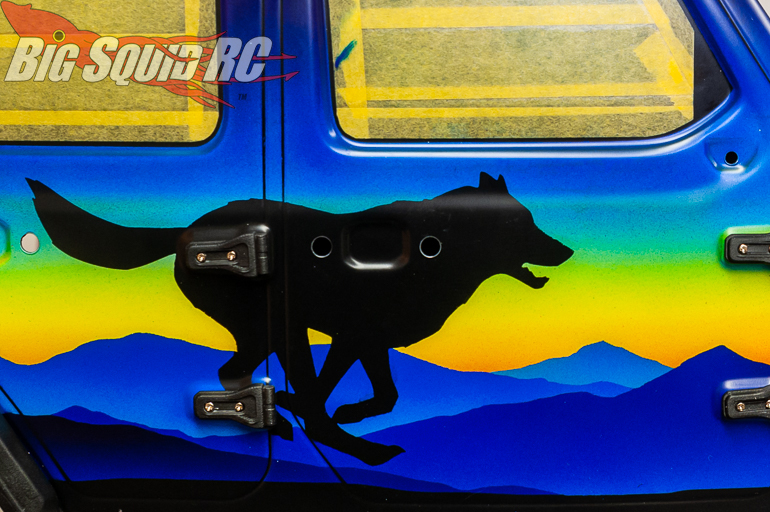 G’day folks, it’s time to Pimp My Ride! As you may know, ever since I released the TRX-4 Simba, I have felt a dire need to update the look of my SCX10III. I want to bring it up to the same standard as its Traxxas mate, which to me means both a new paint job and adding a bucketload of scale details: upgraded bumpers, a winch, and a bucketload of lights.

Enter Pimp My Ride with a bit of support from Club5Racing, much appreciated! Being impressed by their scale accessories for the Bronco, it was pretty natural going the same route for my Jeep. So far I have installed 3D printed front and rear bumpers, but lots remains. We’ll get to that later. Today, let’s have a first look at the new paint job.

To me, a polycarbonate body is a canvas. I spend way more time than I want to admit thinking on my designs, and this case was no different. The only thing that was easy was deciding to stay with my tradition of animal themed paint jobs. But which animal? Something that both matched Simba, lion, and also provided a contrast to it. Also something that would lend itself to a design in the same vein as that of the TRX-4, yet provided contrast to it. Difficult.

Keeping “Viper”? No, absolutely not. A lion would kill a viper in a heartbeat. What about “Hyena”, traditional arch enemies of lions? Nope, hyenas are ugly and lack the grandeur of lions. Tiger? Nah, can’t have two felines. Oryx? Always wanted to do an Oryx, but it doesn’t quite work as a theme for a rock crawler. Also, a lion would eat an oryx if given the chance. Not coequal. Zebra? Same thing, although it could make for an interesting design

Wolf? Wolf?! Wolf!!! Once that animal popped up in my head, the matter was settled. The overall design entered my mind moments later. One canine, one feline. One red hot, one cool blue. One dusk, one dawn (not quite sure which is which…). One plains, one mountains. Both iconic animals. Perfect!

Settling on a name took a while too. Me and my kids refer to my cars by their names, so the matter is of some importance. Simply “Wolf” was too simple, “Fenrir” (a Very Bad Dog in norse mythology) doesn’t roll off the tongue in a comfortable manner, “Canis” (latin) sounds like a disease. Akela, as in the pack leader in the Jungle Book? Yes sir! Sounds good, perfect length, and a cool reference.

And here we are, the paint job is finished. Not the finished body, mind. The protective plastic remains to be removed. As you can see, I have started adding body details, including 3D printed hinges and a set of great looking front fenders with lights from club5racing. 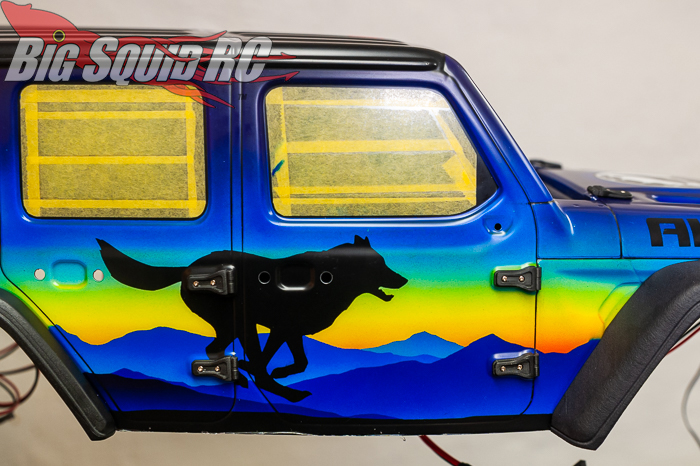 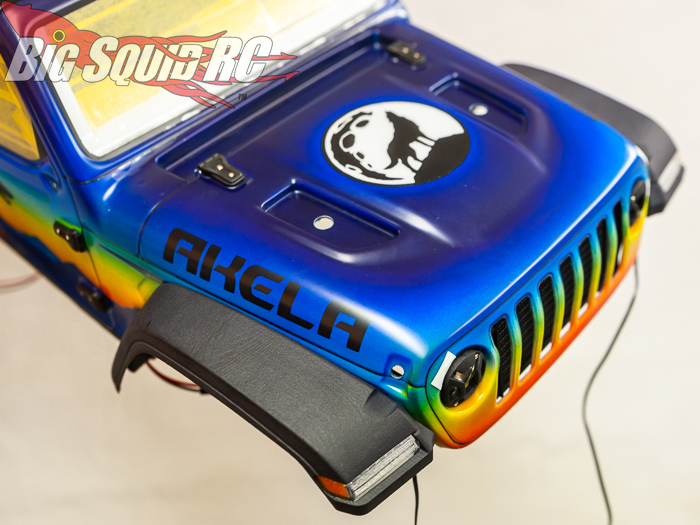 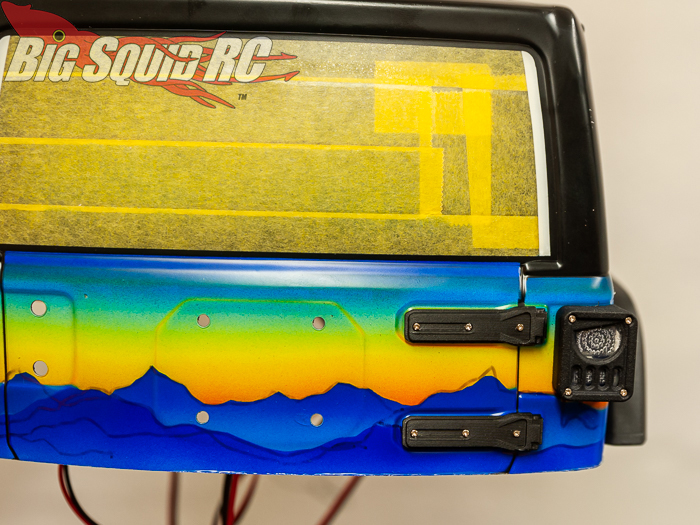 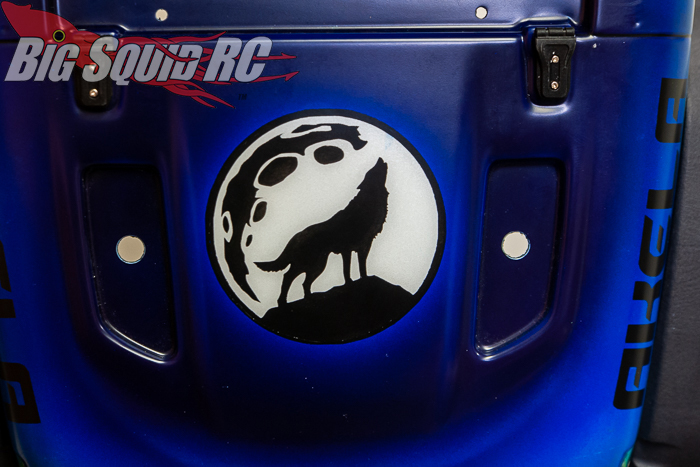 Considering that this is the third body I paint using airbrush I am happy with the result. Doing a fade from red, through yellow to blue in over the length of an inch was a pretty daunting prospect, but I am glad that I tried. Same thing with the panel lines, which turned out really well this time. See, I just can’t help challenging myself and trying on new techniques. Also, I did a discrete gradient on the mountains, making them brighter towards their bases as if there’s fog in the valleys.

I have lots to learn regarding airbrushing and color fades, but so far I can say that the transparent range of colors from Createx have served me well. Best way to describe it is that being transparent they provide a lot of wiggle room. By starting with the brightest colors – yellow and bright blue – I could then change the hues and shades gradually by using different backing colors. Going from dark to light is impossible, but due to their transparency it is very easy to do the opposite. I didn’t count, but I easily did more than thirty five thin layers of paint. Also, being transparent, these colors need to be backed by a solid layer of opaque white. Between layers I would hold a white paper against the body, to simulate the effect of this backing and giving me an idea of how the fading was going. 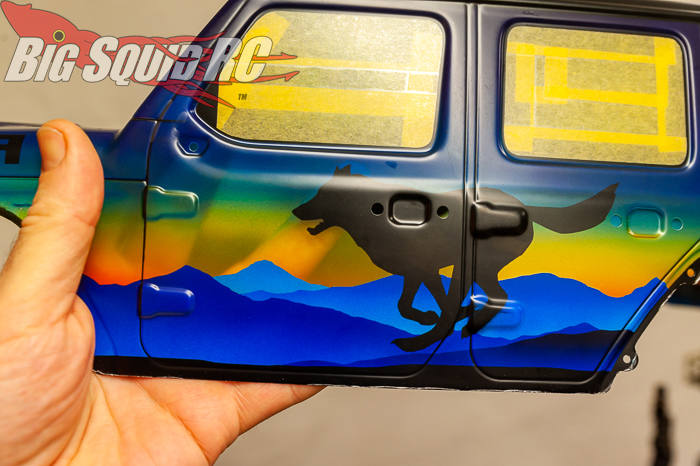 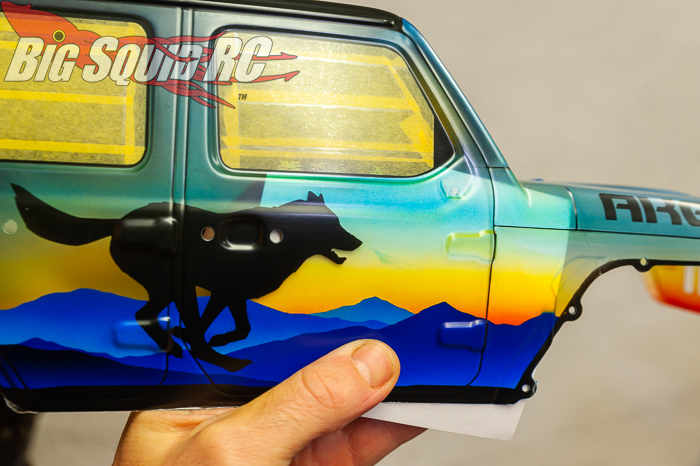 Coming week, I hope to get the interior painted. Seats in a a light tan, I am thinking. Driver in blue jeans and a red shirt, dare I try checkered? Cowboy hat probably in brown. Graying hair (like me), no make up, but perhaps a five o’clock shade.