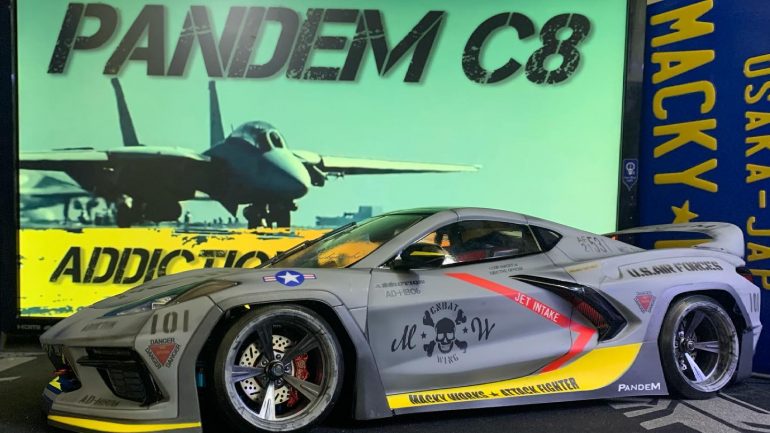 I came out of the Dark Ages in 2017, by buying an Arrma Furious BLX short course truck. At the time, it had been more than twenty-five years since my Kyosho Ferrari F40 was retired, due to most of the electronics having been cannibalized for a friend’s scratch built RC. The chassis then lived a quiet life in my parent’s garage until about a year ago, when I believe it was binned when they cleared out the house. May it rest in peace.

Anyway, as I was searching forum after forum, trying to decide on what car to buy, two things surprised me.

First: a lot of people had more than one RC car, some half a dozen, some even more! Why would anyone need or want that? What use could so many cars be? How come one didn’t suffice? And the money! Half a dozen cars, whether RTR or kits, is a lot of money!

Second: a lot of people buying kits, seemed to have things ”lying around”. Incomprehensible. Why would anyone buy a servo, or a motor, just about anything really, and not mount it, but rather leaving it just lying around? Time and time again, someone would write things like ”I’m getting an Axial Bomber kit, and use this or that servo and motor that I happen to have lying around”. Me: ”Hey, stupid, if you had planned your purchases better to begin with, rather than a random servo lying around, you would have money lying around to buy the exact servo you truly want.” Well, I never actually wrote anyting to that effect, not wanting to be kicked out of forums for bad behaviour. Also, obvious stupidity doesn’t need to be pointed out.

In short: people were nuts.

I got my short course truck, broke a few things, replaced them, and then realised how shiny aluminum is. Within a couple of months plastic C-hubs, knuckles and shocks had been upgraded to their STRC aluminum counterparts. I didn’t note any difference in performance at all, but removing the body was suddenly a lot more enjoyable. Probably some two hundred bucks, for no real reason other than subjective beauty.

Four years later, I find that I actually need to stop and think, when someone asks me how many RC toys I’ve got. First, the Arrma SC, now in the care of my nephiew two hundred miles away (given away, a preposterous thought when I first got it!). Then an Axial Yeti, a Bomber, a MST RMX 2.0S drifter, a Yokomo YD-2 drifter, a Dragon Force sail boat, and an Axial SCX10-3 currently being built. I have not one, but three, servos lying around, and an eclectic collection of aluminum parts, MIP drive shafts, titanium and steel links, wires, tires, connectors, a dozen bottles of silicon oils, and roughly a zillion screws.

Now you need to understand, that unlike all the goofballs I mentioned earlier, I am different. I am better. I have Very Good Reasons for having all these spares littering my drawers. Only I can’t really remember all of them.

P.S. On things more specifically drift related, you need to check out the Corvette Pandem C8 that adorns this column, done by Jedi Master Teppei Makimoto. Body by Addiction RC. I love it! It’s different, and the craftmanship is great. Apparently he only had one (1) week to do it! Have a look at this video, it gives a short but good idea on how he goes about his work. Sadly, the designer of the body recently died, leaving the drift world a talent short. Do honor his last work by checking out Teppei’s video, or just by enjoying the pictures below. I am in awe.

Want to read something else? Read this for some physics, this or this for geometry, this for philosophy, or just hit the link to browse my columns. 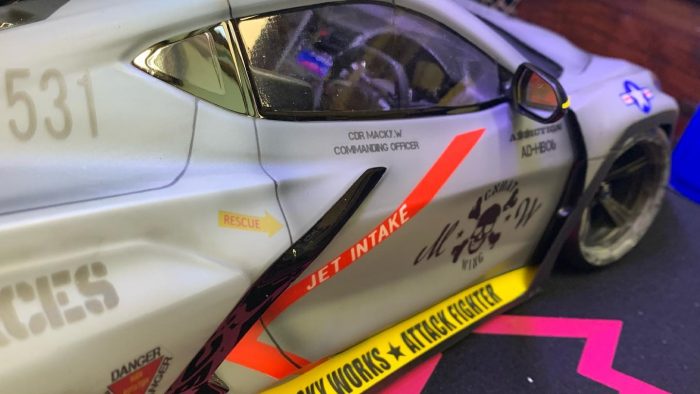 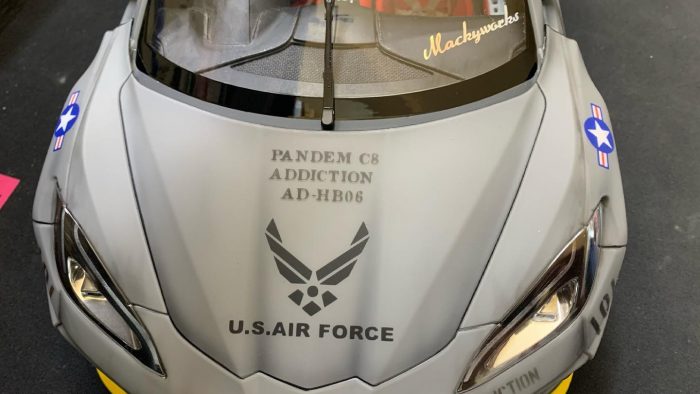 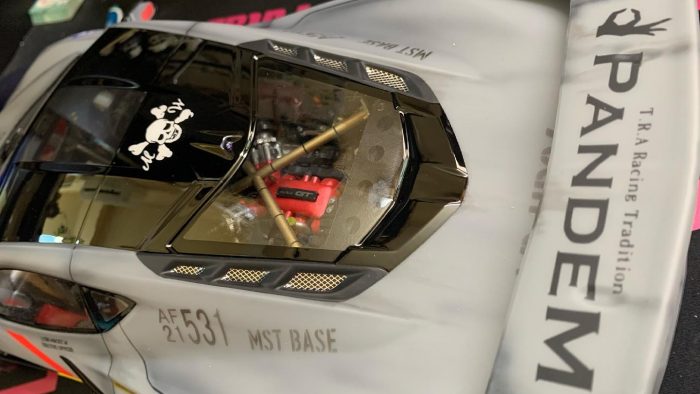 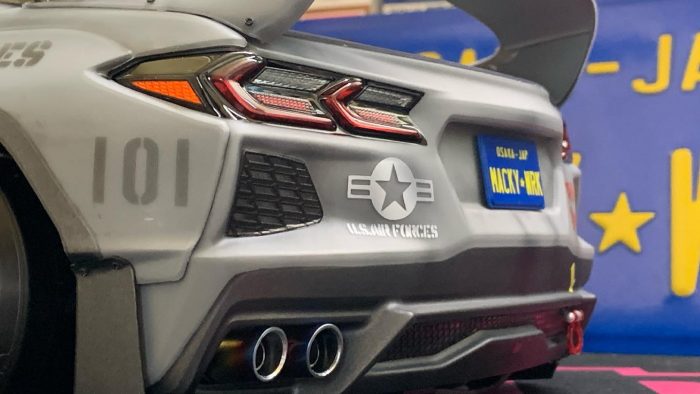 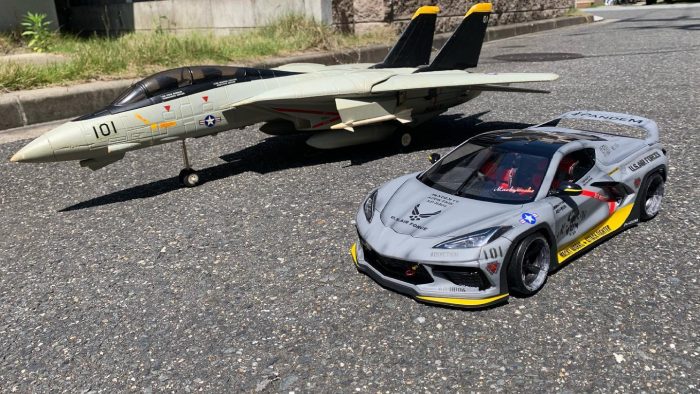