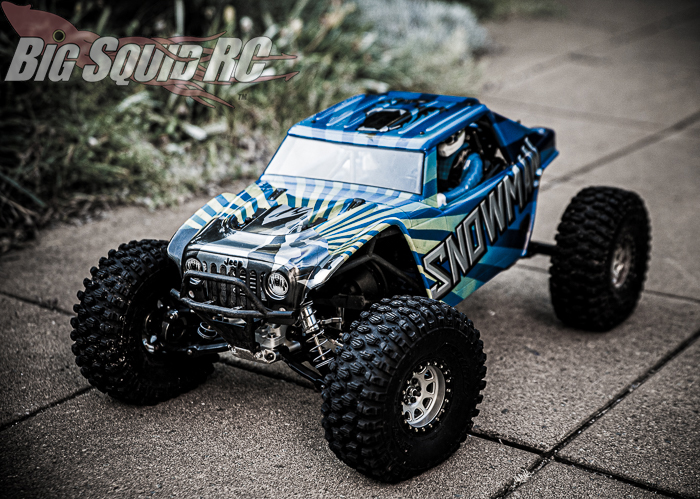 Losing grip – When to retire?

No, I’m not talking about me. I’m talking about my cars. When is it time to let a car retire? Or, put more truthfully, to put an end to it by gutting it of its electronics? Organ donation, so to speak.

I love it, but for one thing: steering. Or, rather, its lack thereof. I have 1.000.000 wt silicon oil in the front diff to help on the rocks, and that combined with the inherently poor steering throw gives the Yeti a turning radius of ten feet or so. That’s ok on dirt, where I can just push the throttle and throw the rear around, but it’s terrible on narrow spaces on the rocks.

In the end, I tend to bring my Bomber along instead, leaving a set of really good electronics unused. Quite a shame. But, should I retire it, that would mean a whole lot of upgrades never being used again. Also quite a shame.

The thing is that I am planning my next build, a TRX-4, and I would like to put a brushless system in it, as well as a stronger steering servo. For a start. I have all of that in the Yeti, so just moving it would save me a fair amount of money. Would I then eventually save up to a new set of electronics to give Snowman a second life? Probably not. It’s always more fun to invest money in something new, than in something old.

In other words: ripping the guts out of my Yeti would probably be the end of it. “Thanks for a good job, we really had a great time together! Only one more thing: could you please donate your vital organs to me?” How’s that for breaking up a relationship? Yes, I know, we’re just talking toys here, but if you’re reading this you know what I’m talking about.

As I am writing this, I realize it just won’t happen. Not as long as long as Snowman is able to throw some roost, and spare parts are available. I think that’ll be what kills him eventually: lack of parts, something that is slowly happening. I actually bought a set of front C-hubs preemptively last year for this very reason. The screws holding the upper links have stripped, so I can’t get them out. This is no problem yet, but one day I will need to change the rod ends of those links, and that’ll be the end of the present knuckles.

Another reason to keep Snowman, is that he is a solid rear, independent front suspension rig. The only other one out there is the Losi Hammer Rey, and getting one of those is a lot more expensive than giving my Yeti ongoing life support a little while longer.

So much for this specific case. But what about the question in general? When is it time to put a car into retirement? As you’ve just learned, I have no experience of this, but would say it comes down to the considerations given above: do you still enjoy it? (I do, in winter). Can you afford not to move its electronics to a new build? (I can, putting myself on a diet of noodles). Are spare parts available? (Getting difficult, but I have a small stock). Do you have shelf room for it? (If not, you’re a lucky man). How much of it can you reuse on another build? (Not much apart from electronics, wheels and some gears).

Come to think of it, will this be what my wife asks herself in twenty years, whe she looks askance at me: Do I still enjoy him? Can I still afford him? Is he a waste of space? Do I need to upgrade? Gee, scary! And it definitively settles the matter. Out of sympathy with my older, timeworn self, I’ll do my best to keep Snowman running for another couple of years.