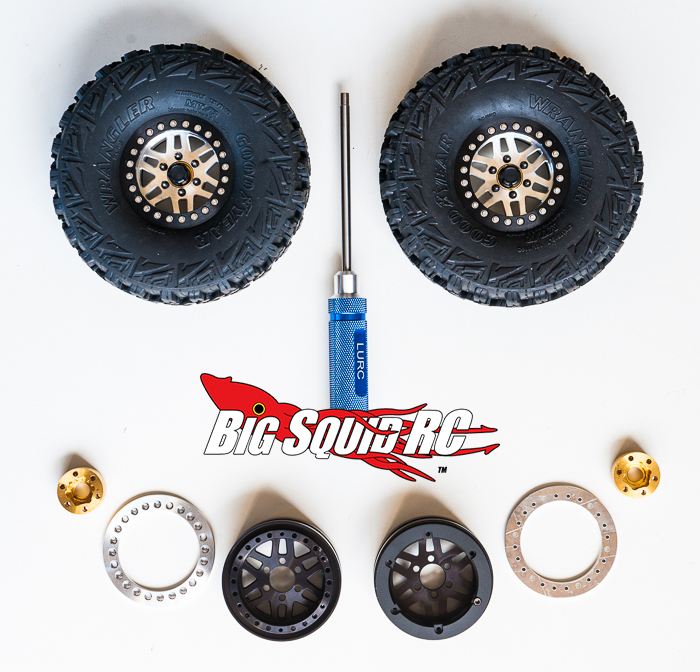 What’s so cool about wheels anyway? It’s hard to put a finger on just what it is that makes them cool, but in my eyes there’s nothing that pops a cars appearance as much as a nice set of wheels. As I was about to start assembling my new ones Jeremy popped up in the back of my head – that easily happens when one is working on a crawler – so I decided to give Korn a chance. Korn, Coffee, and 144 screws in various dimensions ought to make for a good time.

I have never really listened to Korn before, and it took but a few songs to decide I don’t really need to listen to them again for a couple of years or so. The second wheel saw me in a State of Grace, so I quickly changed to Taylor Swift. Yes, I know, that might make me lose some cred in the general crawling community, but I am too old to care. A Red album later, coffee finished, but with several more screws to go gave me opportunity to reminice about my teens via Use Your Illusion 2. A classic that I never get tired of.

Yes, mounting Locked Up RC beadlocks takes quite some time, as is the nature of beadlock rings. But who cares? It was a labour of love, and I would be a happy man if I had another set of four to assemble tomorrow. The wheels look awesome, the finish is perfect and mounting RC4WD tires was no problems at all. It might have taken a bit longer, but was a lot easier than mounting SSD wheels or the stock wheels for that matter.

Now, I realise that not everyone might share my meditative approach to mounting wheels. That’s perfectly understandable, if I wanted to properly tune my rig by trying out different combinations of foams and tires, my approach certainly would not be an absent minded one. Luckily, someone at Locked Up has been clever. Of the 24 screws in the beadlock rings of my new wheels, 18 are just for show. It only took six screws to mount the ring, the remaining  18 are threaded into the ring, but not into the wheel. A very elegant solution. As you can see in the pic below, that’s how I mounted the wheels: first the six functional screws, tightening them in a star-shaped pattern to get an even load. Then I took the rest six at a time. Attached them, added a tiny drip of loctite to each of them using the head of my hex driver, and then tightened them all before I had a go on the next set of six. Easy. 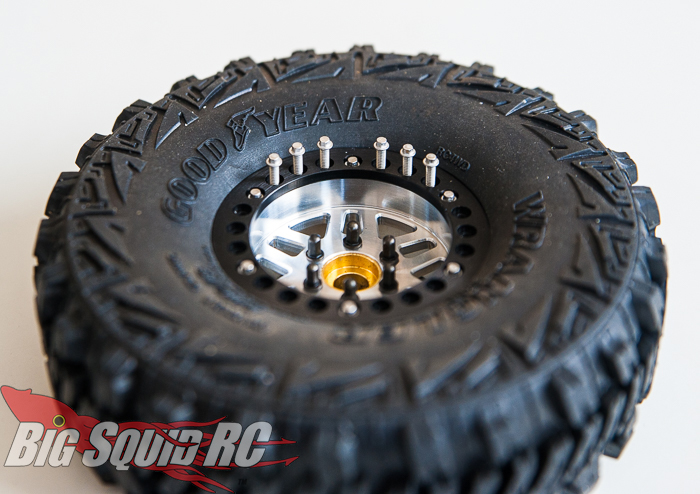 For all their coolness, aluminum wheels on a crawler is nothing but luxury. These wheels cost me almost half of what the kit costs, or about half of a decent RTR crawler. In that sense, it’s certainly not a lot of bang for the buck. Mind though, that Locked Up RC not an expensive brand as such. The cost would have been pretty standard for aluminum wheels, if I picked a bundle of four identical wheels rather than two different pairs. Anyway, it’s not exactly a huge performance upgrade, although I’m pretty certain that the beadlocks will hold onto the tires better than the kit wheels do. Surprisingly my wheel and tire combination doesn’t even weigh much more than the originals, so they don’t even add extra weight down low. And that’s with Vanquish brass SLW hubs. I haven’t checked the details, but I guess that’s mainly due to the RC4WD Goodyear Wranglers being slightly smaller than the kit tires. But have a look, awesome! 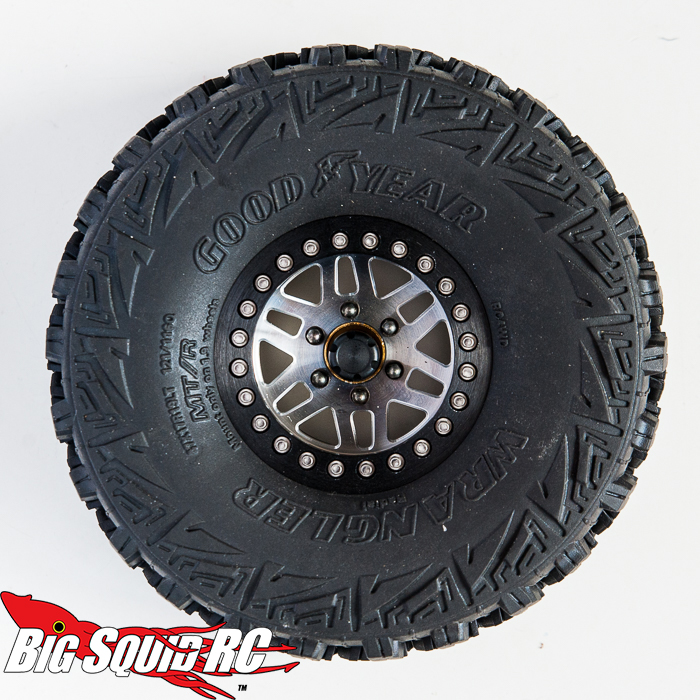 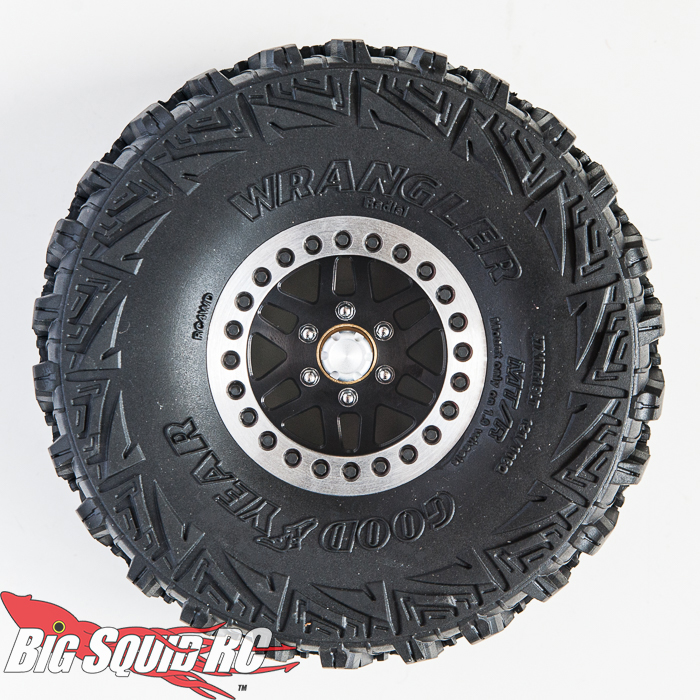 Only one little hickup. When I decided on my wheel combo, I chose to save a few bucks by getting SSD center hubs, rather than Vanquish methods. The SSD hubs look really good, but they are a smidge to small. They sort of sink into the center hole, into the brass SLW hub. You can see it in the pictures above. While not really visible from the distance, I still find it a shame not to have perfect hubs on otherwise perfect wheels. An order has been placed at amainhobbies, center hubs from Vanquish are already heading this way along with some other goodies. Once again I am reminded that it tends to be better to pay more, but pay only once. No harm done though, the SSD hubs are going on my Bomber.

Finally, a note on compability. These wheels from do not clear the brass Samix RC portals of the SCX10 III. Probably not the stock portals either, since outer diameter is the same. Had I researched the matter a tiny bit more, I would have seen that Locked Up have a line of wheels specifically designed to clear this portal, the Internals. Very thoughtful of them, good to know for the future.

But no big deal for me,  the combination of 8mm hex adapters from Samix RC and 0.350 SLW hubs is just enough to clear the portal once the brake calipers are removed. And I want a wider stance anyway, so all good. So, yeah, part of the reason I had time to listen to all that music was that I had to disassemble the portal covers. The center hubs from vanquish will add another 0.1” of offset, just enough to put the calipers back again. The end result will be nothing but perfect!