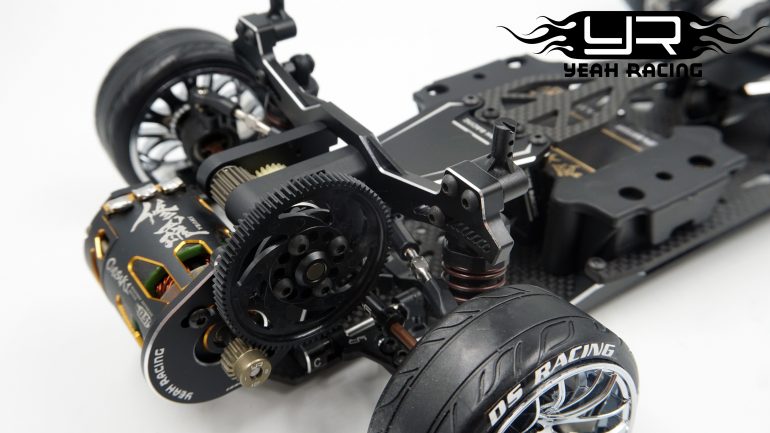 My humble drift column and my preaching of all things good about drifting seem to be up against some tough opposition as of late. The coming of the gargantuan Arrma Kraton 8S, sure got quite a bit of (well deserved) attention, and with all the talk on that one, and comparisons with the X-Maxx all over the internet, drifting is probably not what is on most bashers’ minds. But, as I keep telling you, it should be somewhere in the back of it. It’s awesome!

Some scary cars those two, both would probably run straight over one or both of my drifters without even noticing. Luckily, it’s quite unlikely I’ll encounter a drift car eating monster in any of the quiet spots where I go to enjoy the niche of this hobby that I enjoy most. But then again, if I did, the only fun thing about driving an 8S beast on the small asphalt spots that constitute my home turf, would probably be to chase and devour puny drifters. Maybe best have someone watching my back when they start shipping that Arrma.

Lately, I have been driving my MST a fair bit more than my Yokomo. Not because it is necessary a better car, but because I have different transmitters for them, and the difference between the transmitter is so large, that the Yokomo, which has the worst one, is hard to enjoy. For the Yokomo, I simply took the old Flysky I had lying around, and while that radio never has failed me when crawling, it certainly does not cut it when drifting. Which is quite interesting. Turning feels almost binary. It certainly isn’t, minor adjustments are very possible, but it feels sort of like using a sledgehammer to hammer tacks. While it might work, it wouldn’t be anyone’s instrument of choice for that particular application. Sledgehammers might be a reasonable accessory for a scale crawler, but don’t really have a role in the drift universe.

This radio issue is a bit of a shame, since the Yokomo seems to drive really well with factory settings, maybe slightly less prone to spinning. I have a feeling I would prefer it over the MST, but can’t really say with the present set up. Yes, I could just bind both to the same radio, but no, I have not. I do like to have some company when drifting, hence two radios for two cars.

On another note, a little while ago Yeah Racing released a motor conversion kit for the Yokomo YD-2 series. Just like Yokomo’s own rear motor conversion kit, this places the motor behind the rear axle, in order to increase rear wheel grip. The clever thing about Yeah Racing’s kit, is that it has a quick change system for the rear differential. I was rather excited about this, since I would be keen on testing some different setups on my own Yokomo, but would hate to take the entire gear box apart over and over again. It is clever indeed, but alas, sadly not for me. A gearbox with exposed gears would be perfectly fine if driving indoors, but outdoors? No. Unless I want to bring a broom along and sweep the ground every time I go drifting. Not. Going. To. Happen.