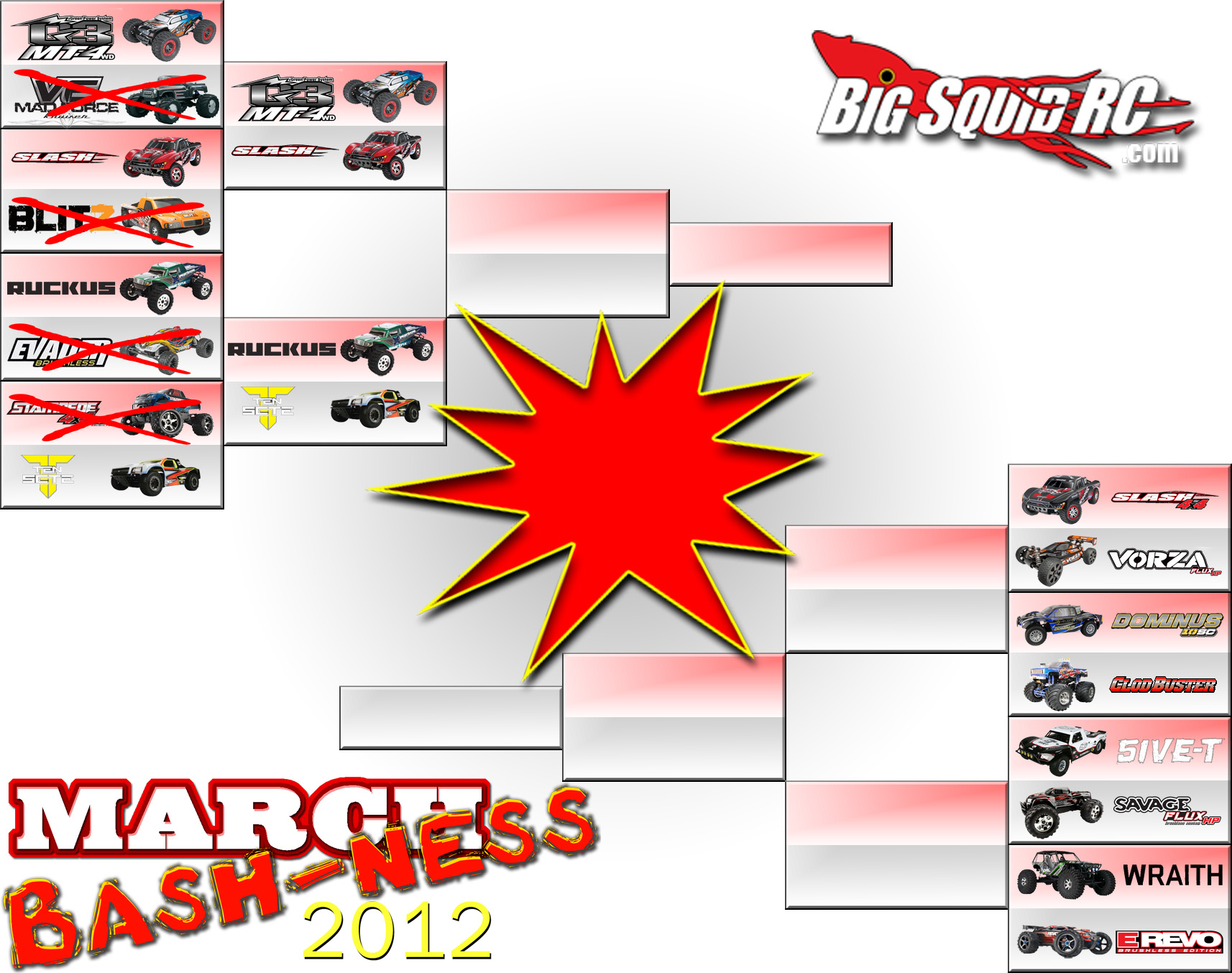 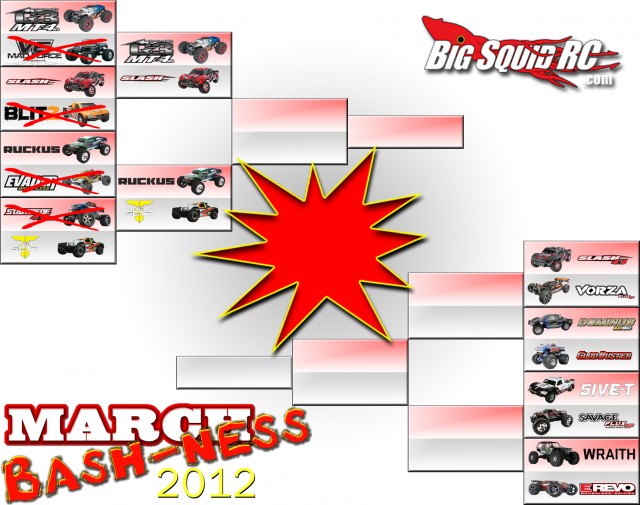 [Update: These polls are now closed, check the front page soon for the next round of March Bash-ness 2012!]

Round 1, part 1 is closed and four on the left side of the bracket are still standing. In a match that was much closer than we thought it was going to be, the ThunderTiger MT4-G3 barely managed to outrun the Kyosho Mad Force Kruiser VE (despite GregZ‘s strong rallying campaign in various forums, good effort there Greg). Traxxas’ aging superstar, the Slash 2wd, still managed to lay the smack down on the younger HPI Blitz. The Blitz… got blitzed… (sorry, but it’s so obvious, anybody would have said it). The Ruckus and Evader Brushless went back and forth early on, but the Ruckus ended up taking a good lead late in the voting, knocking out DuraTrax’s latest entry in the long line of Evaders. And the Losi TEN-SCTE came out of seemingly nowhere in the final day to push the Stampede 4×4 over the cliff and race off with a round one victory.

The Bash-ness Marches on with part two of the first round. This round sees last year’s Ultimate Basher, the Savage Flux HP, make it’s first appearance in the polls. It’s going up against the biggest dog in this fight, the Losi 5ive-T, but size doesn’t always matter. HPI’s other contestant, the Vorza Flux HP, is facing off against last year’s runner up, the Slash 4×4. Will HPI and Traxxas finally unleash their mysteriously absent armies? Or are they going to wait it out and see if they actually make the final rounds? Horizon and company are already tipping the polls in their favor by rallying their Facebook troops (and vast numbers of employees), when will the others join in?

Voting for this second part of Round 1 will close at 11:59 pm CDT on Thursday the 15th. So get on with the voting. If you’re on our home page, click the Read More button to see the polls, otherwise scroll down and make your choice.  Make sure you vote for one vehicle in each match-up.