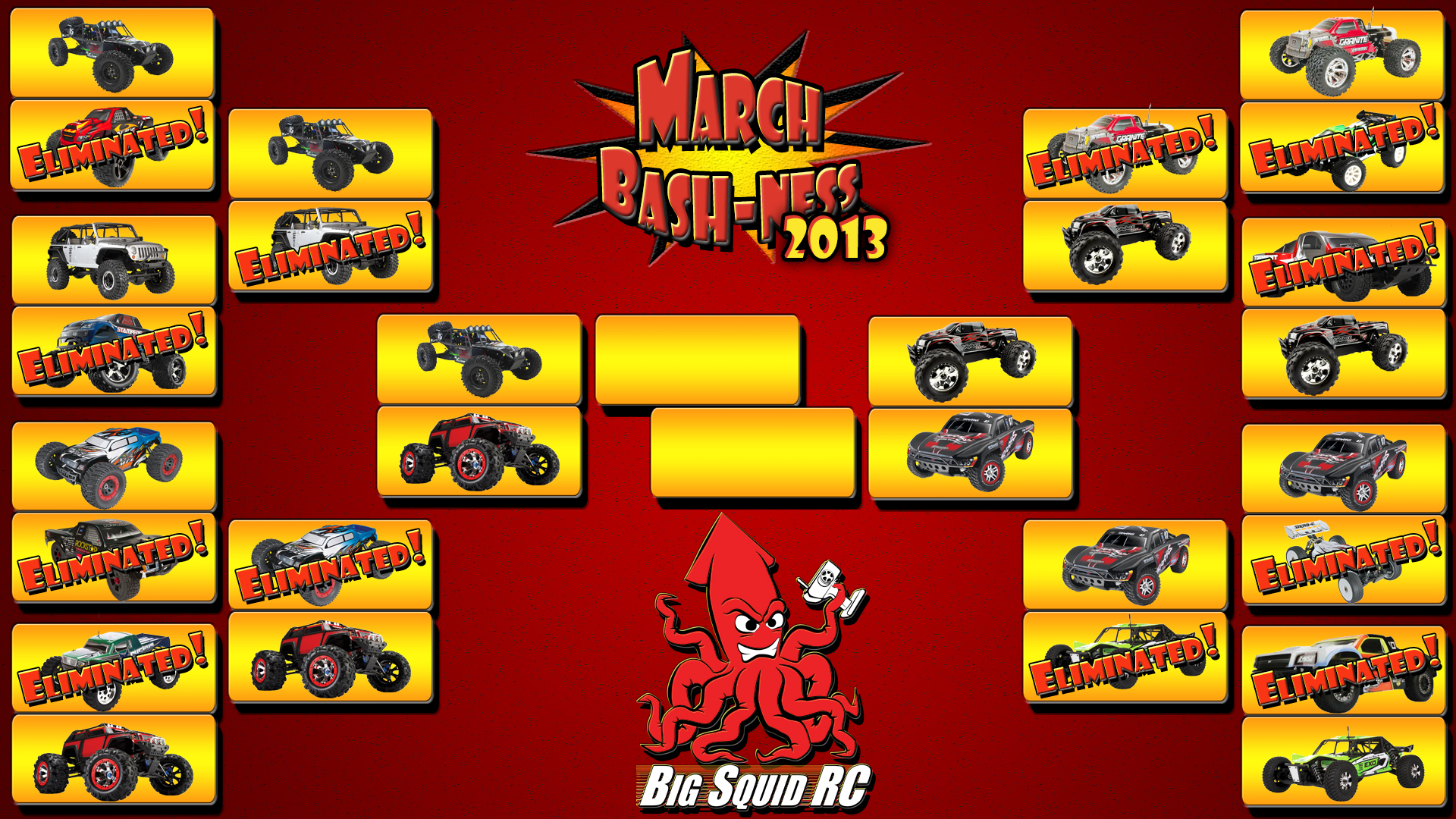 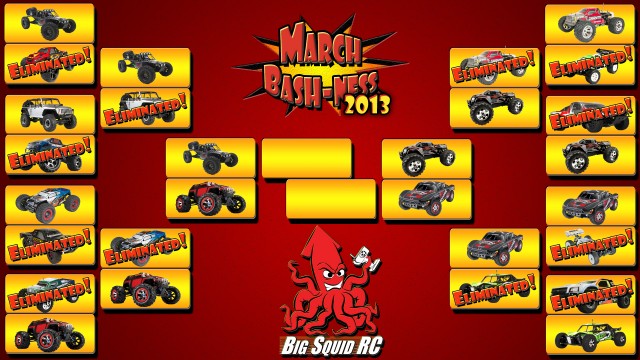 Here we go, now things are really starting to count. The final [number between three and five] is upon us. Some huge names are in this round. The newest kid on the block, Vaterra’s Twin Hammers made it, as did Traxxas’ Summit and Slash 4×4, and finally the HPI Savage Flux HP. So on one side of the bracket it’s come down to two hybrid crawler/bashers and on the other, two old gents that faced off once before in the final round of the first ever March Bash-ness. This time around it’s possible that we may have a Traxxas vs. Traxxas final. But the Savage Flux has a old and strong fan base and the Twin Hammers has a new and fervent following, so how will it shape up, nobody knows.

But one thing we do know is that March Bash-ness always ends with one of you walking away with a huge prize. But you can’t win if you don’t participate.

Voting for Round 3 will be split into two parts, the first part will be the Vaterra Twin Hammers vs Traxxas Summit match-up. Voting will end on Sunday, the 31st, at 11:59pm CDT. Round two will start soon after round 1 closes.