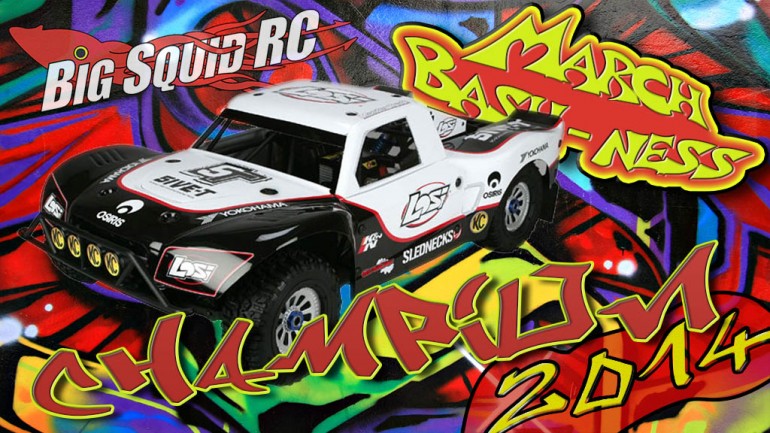 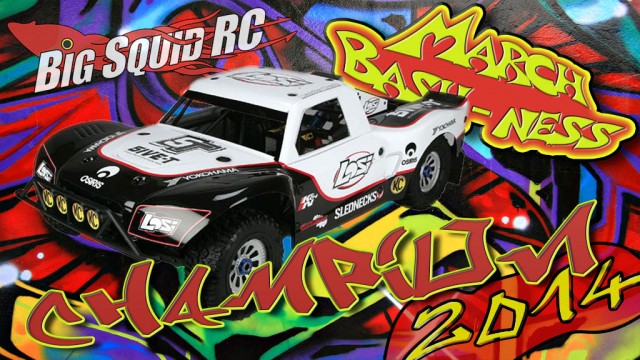 Congratulations to the Losi 5IVE-T for playing some awesome defense and pulling off the win in our 2014 March Bash-ness Finals. Every year we are surprised by the way our readers vote, and this year was no exception. The last 3 rounds were insanely close. Closer than we have ever had. Even the finals, the Losi 5IVE-T had 52% of the votes over the ARRMA Granite BLX, winning by just 16 votes!

Both vehicles fought hard to get to the finals, against some very tough competition. You the readers, decided on the 16 vehicles that would make it into the bracket, and you the readers have voted for the winner!

A lot of people (especially us) were not sure which way this was going to go. The Losi 5IVE-T is a dream vehicle that most people might never have a chance to own, while the ARRMA Granite BLX was an affordable basher on a much smaller scale. Both very durable, and both very worthy of being in the finals.

Congrats again too both teams making it this far, and to Losi for hanging onto the lead by a few votes in the final hour.