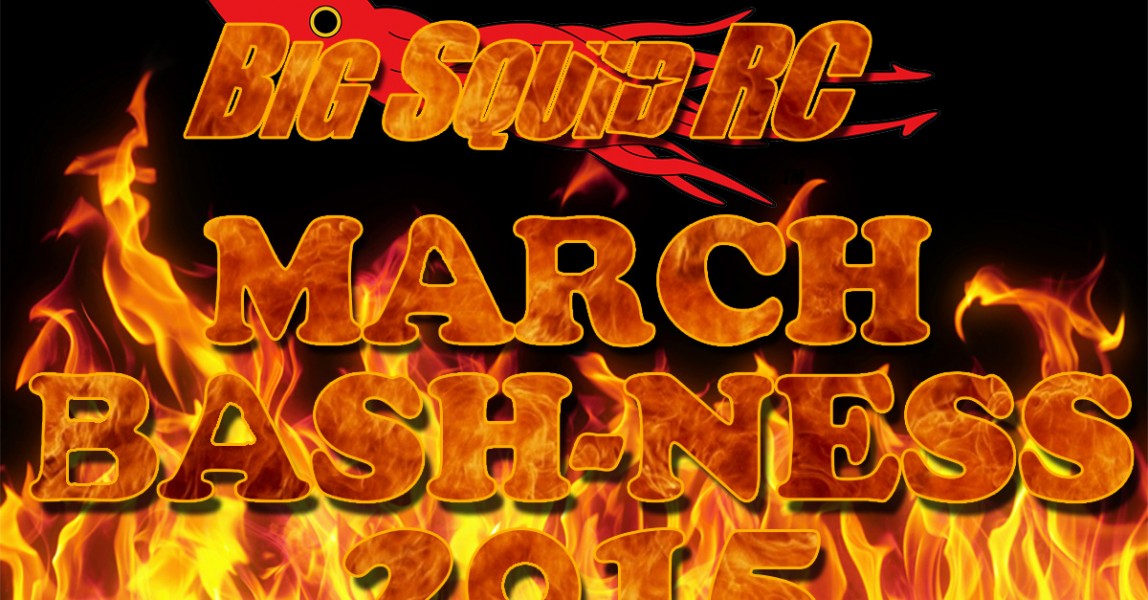 Things are heating up around here! It’s that time of the year again, when our readers get to tell us who they think is the top of the rc world!
It’s Big Squid RC’s 5th Annual March Bash-ness.

For the Big Squid RC Newbies, March Bash-ness is our annual Reader’s Choice event where you, the readers, the best fans on earth, get your say in which RC vehicle is the greatest bash vehicle ever. That’s right, ever. Not just what was released in the last six months or year. Not just which one was put on the ballot because a particular company paid to be there (like most other readers choice awards) It’s all you. You nominate the contestants, you vote in a head-to-head battle between models, you determine who makes it to the next rounds, and who is eventually crowned king.

This is the Selection round. Use the comments section below to nominate your best bash vehicles of all time. No need to limit yourself to one vehicle or one released in the last year or even specific categories. Nominate as many as you’d like of any type from any period in RC history. In two days, we’ll close the selection round, pick the 16 most nominated vehicles out of all of the nominations and then the competition will begin.

So which car or truck will join the previous kings of March Bash-ness? Which can compare to the previous winners like the Savage Flux HP, Losi 5IVE-T, and Traxxas Slash 4×4? Which vehicle will we be giving away when it’s over?

That’s right, as tradition goes, when March Bash-ness is at an end and a victor is chosen, we give the winning vehicle (and sometimes the runner up) away to one (or two) lucky reader(s). We need a bunch of people to send in nominations so we can build starting bracket. Tell your friends, tell your family, share, like, tweet, whatever, help us get the word out that March-Bashness has started!

Because we love you all so much, how about we give something away just for helping spread the word? One random person will win a new RC Gear Shop 80A Waterproof ESC AND a 1/10th Brushless 5400kv motor combo! How awesome is that? Just nominate some vehicles, spread the word, and you have a chance to win! Click here for RC Gear Shop’s website if you want more info.