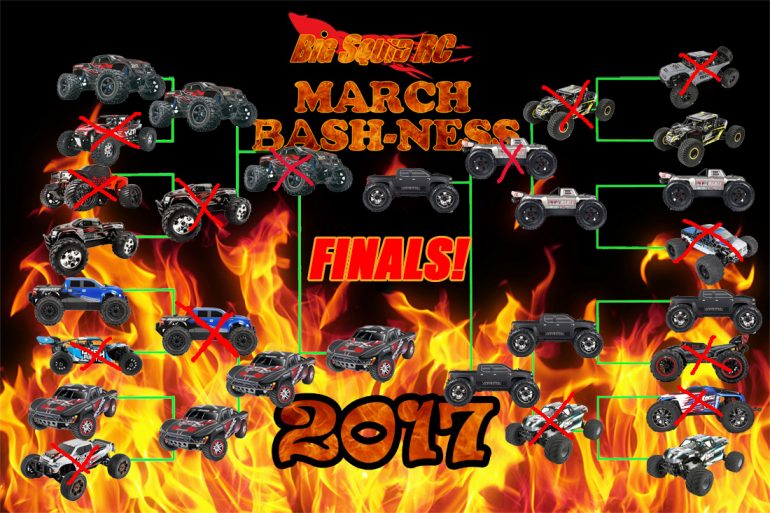 Lets try this again shall we? Last week voting was almost finished in the final round of the March Bash-ness 2017 with the Traxxas Slash vs the ARRMA Nero Big Rock when several bots started voting 1000’s of times a minute causing a little bit of a mess. This is why we can’t have nice things people!

Anyway, we have changed and upgraded our voting/poll software so hopefully things go a little smoother this time.
Voting starts now, and ends Wednesday April 12, 2017 at midnight cst.