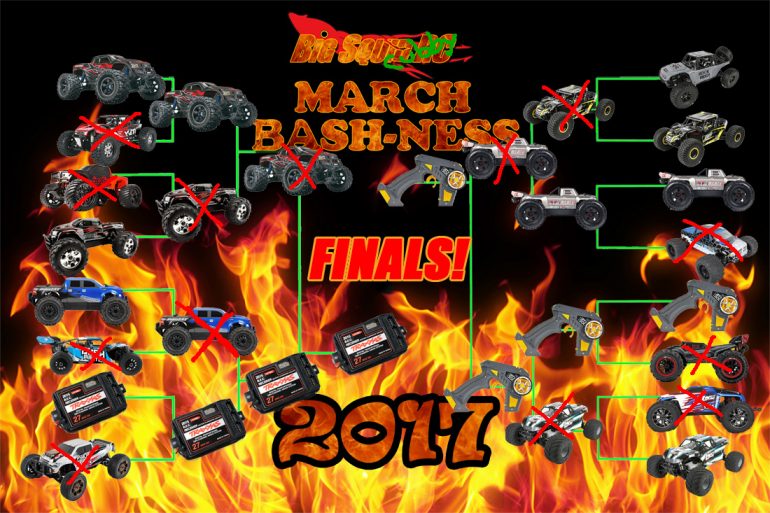 Well we are finally here! You, the readers nominated what products make it to the sweet 16, then you have voted for your favorites for weeks to get them to the big game! We are now at the FINALS! Like we said from the very beginning, it’s almost impossible to predict who’s going to make it here, and as always, this year was a pretty big surprise with a few good upsets! Now it’s up to our readers to choose the champion!

It’s down to the ARRMA ATX-300 Transmitter VS the Traxxas 27MHz Receiver! I think a lot of us predicted the ARRMA was going to go pretty far in the bracket, but the Traxxas 27Mhz is a big surprise for a few people.

This Voting round ends Saturday, April 1st at Midnight CST.