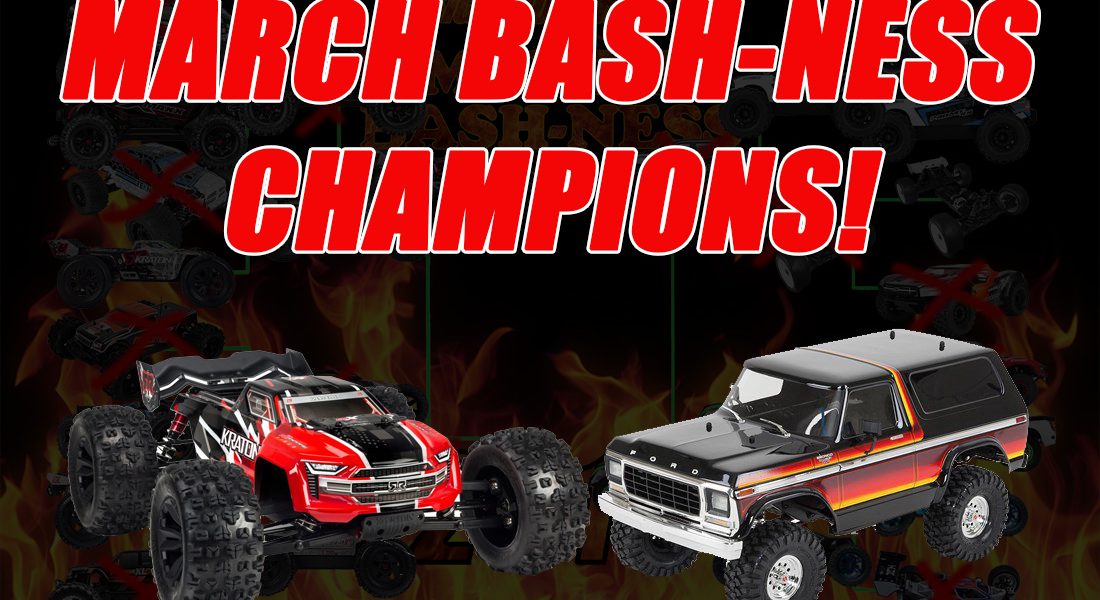 After thousands of votes, tons of brackets and plenty of upsets, the finals in the March Bash-ness 2019 bracket have taken place and we have our champions! On the bash side, the ARRMA Kraton pulls off a repeat with back to back wins being the previous 2018 champion as well! ARRMA should be pretty happy with their track record, this is the 3rd ARRMA win in a row, with the NERO BIG ROCK being the 2017 winner! Congratulations ARRMA! The other manufacturers have to be thinking what the heck do they need to bring to the table to de-thrown these guys.

Over on the scale side, the TRAXXAS TRX-4 rolled over the competition fighting it’s way to the top of that scale mountain. Back when the TRX-4 was released and we said it was going to be a game changer, lots of people called us fan boys, and said there was no way Traxxas could compete in the scale/crawling market. How times and feelings have changed. Congratulations to Traxxas for shaking up the scale/crawling world, and taking the win this year.

With all that being said… you guys know what’s next right? Well, at least the readers that have been around for a while do. Watch for THAT post very soon!