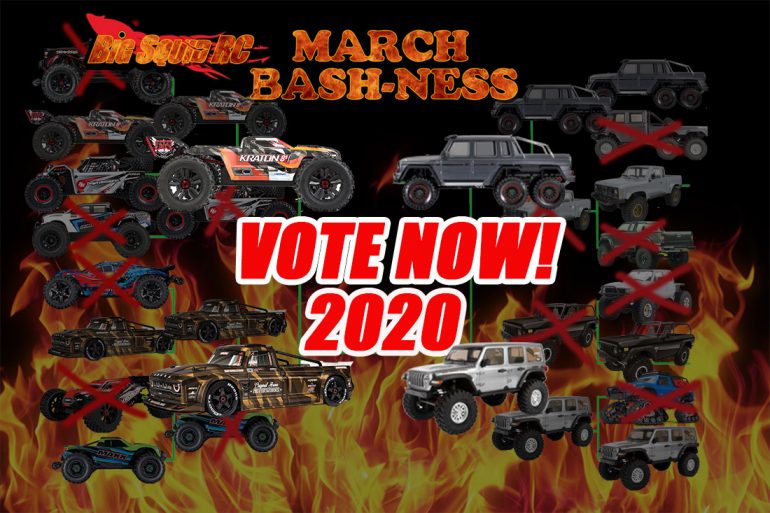 Here we are, the FINAL FOUR in the March Bash-ness 2020 tournament! Both the bash and crawler side had some very interesting and close rounds. For a while there it looked like the Element was going to stay out in front of the Traxxas 6×6, but the Traxxas fans rallied and sent it to the final four!

The ARRMA Army is going to be torn on the bash side with the Kraton 8S taking on the Infraction! Can’t wait to see how that side plays out. On the crawler side, it’s going to be Traxxas fans vs Axial fans. The TRX-6 6×6 vs Axial SCX10 III should be a crazy one.

Where are the die hard fans? Lets see those votes! Don’t forget to share with all your friends and FB groups to help support your favorite vehicles head to the finals!

Remember voting is fast this year, you have less than 48 hours! FINAL FOUR polls close at Midnight CST Tuesday March 31st, 2020! Get your votes in! As always, we WILL ban you if we catch you stuffing the ballot box. Please don’t make us do that.

Thanks for voting! Tell your friends! Check back in a few days to see who moves to the FINAL FOUR!