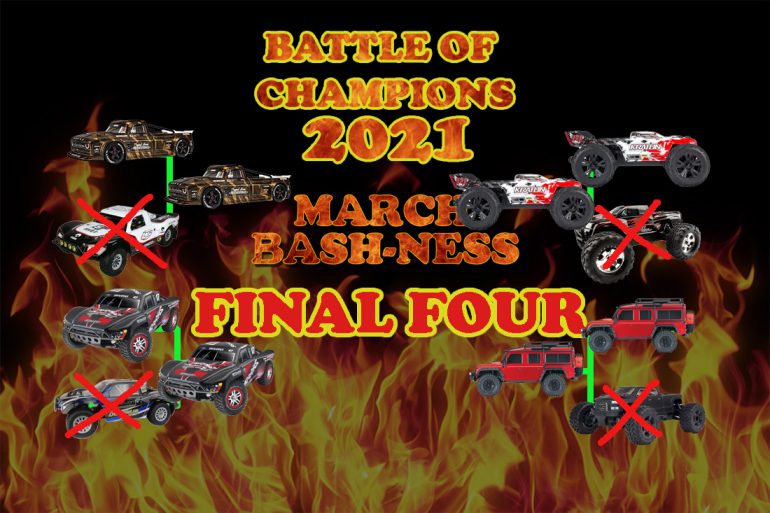 It’s the FINAL FOUR time in the March Bash-ness 2021 Champions Edition. I don’t think there were really any upsets in the first round, with the closest battle being TRX-4 vs Big Rock, and the TRX-4 pulling off the win. While it’s Final four time! What vehicles do you want to go see head to head in the Champions Championship? (I heard that eye roll!)

Where are those fanboys at? Share with your friends, let them know your vehicle needs votes to get to the Championship!

Voting starts now, and ends for round one Wednesday March 31st at Midnight CST! As always, we WILL BAN YOU if we catch you stuffing the ballot box. Please do not make us do that.

Thanks for voting! Tell your friends! Check back in a few days to see who moves to the champions final four!