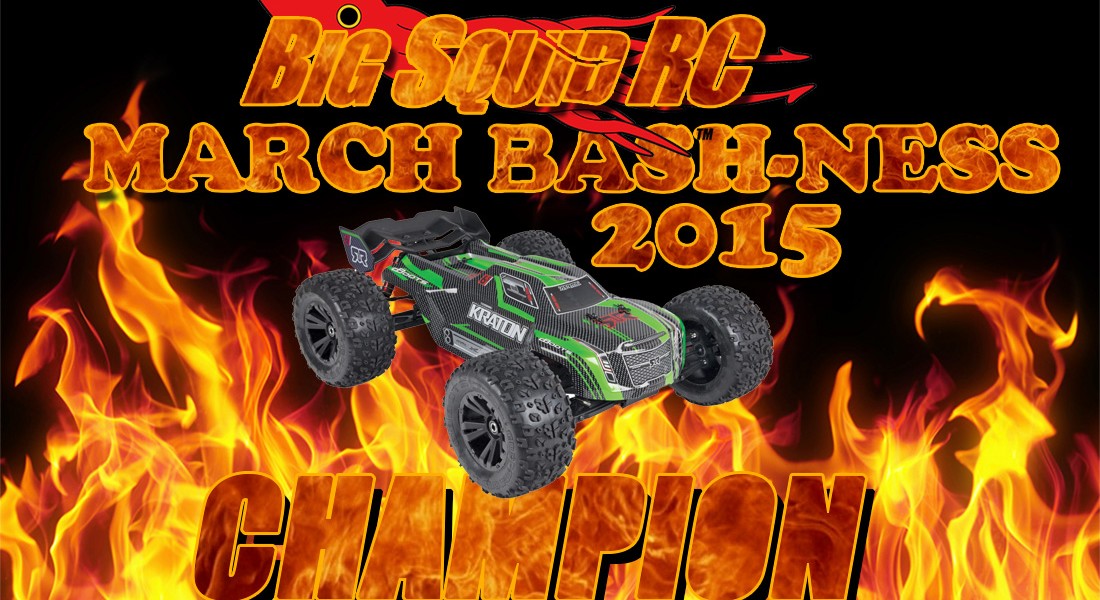 Wow what a final match that was! I do not believe we have ever had a final change leaders that many times. Normally one vehicle will get out to a small lead, and it stays there the whole time. This was a seesaw battle for sure and the Yeti XL was making a big push when voting closed.

Congratulations to ARRMA and the Kraton for being the 2015 March Bash-ness Champion!

Thanks to everyone that voted in one of the only true rc reader polls where your votes ACTUALLY count, not just some paid for winner. Our readers nominated the sweet 16, and it was the readers that decided who would come out on top.

You know the drill, in a few days we will probably have a big contest announcement… hint hint…