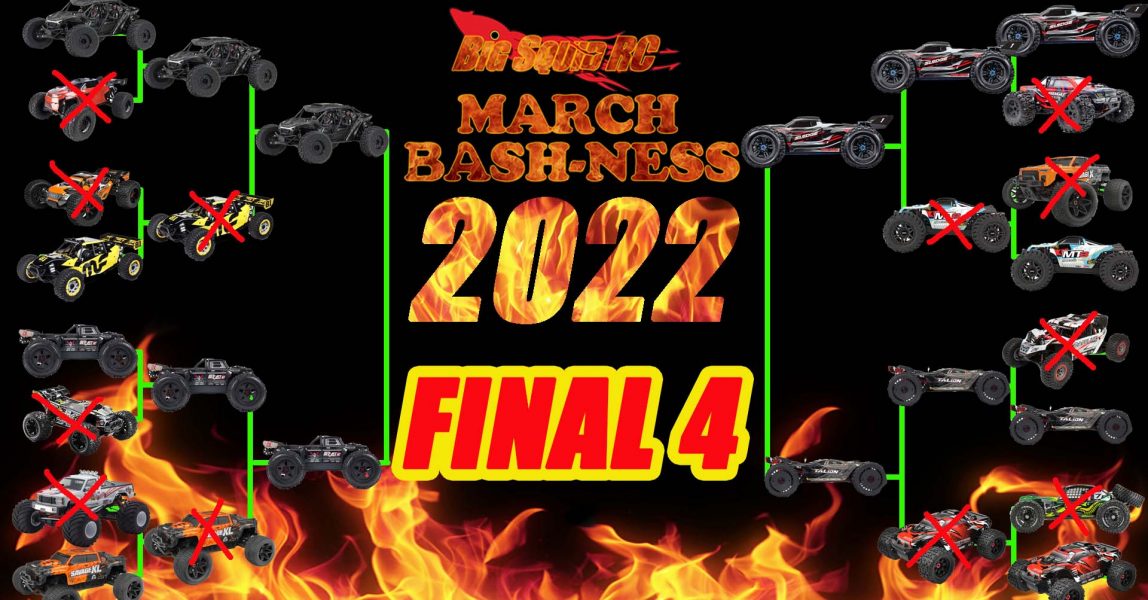 What a event this has been. Some huge match ups in round two saw some big upsets leading to the March Bash-ness FINAL FOUR! Here we are 3 ARRMA vehicles and 1 Traxxas! We have never seen a bracket like this. Who is going to the finals? That’s up to you! Get those votes in! Voting will close on Monday April 4th a Midnight CST. It’s going to be a battle!