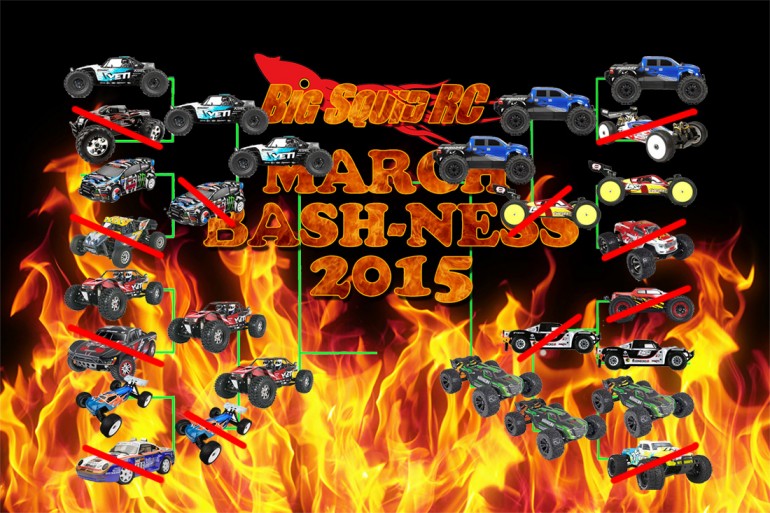 Update: Voting is now closed. Congratulations to the Yeti XL and ARRMA Kraton moving forward to the finals!

Well, nobody at the Big Squid office had this for their final four. Did you? Are you ready to take your vehicle to the finals?

The vehicles that have made it to the Final Four are: Axial Yeti, Axial Yeti XL, Pro-Line PRO-MT, and the ARRMA Kraton.

We are going to run this round for two full days, meaning you have till April 7th at Midnight CST to get your vote in. Tell your friends, tell your neighbors, and help your favorite move on to the finals!

Who moves on? You decide!