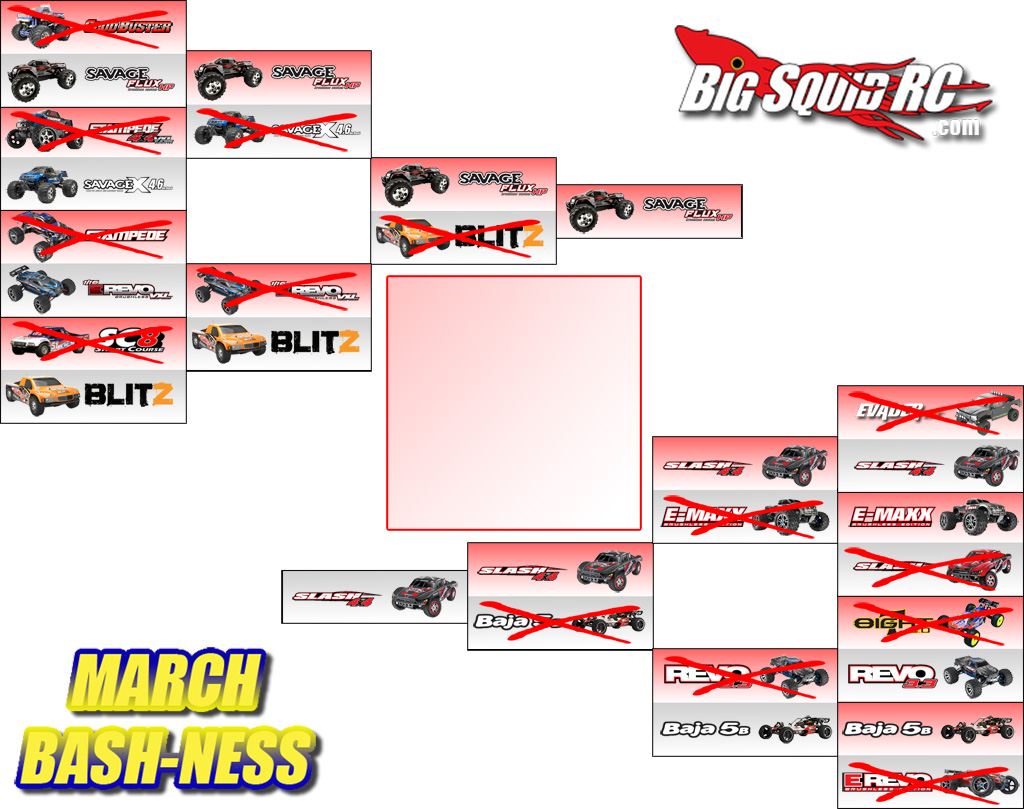 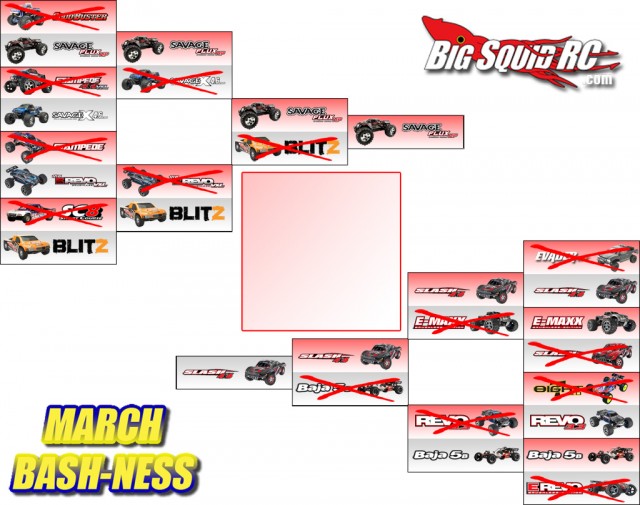 [Update: Polls and comments are closed! Thanks for voting and hit up the front page tomorrow for the official crowning of The Ultimate Bashing Truck, then check back on Friday for the announcement of the giveaway winner and what he or she has won!]

[Update from Brian: I have to admit the excitement of the final March-Bashness round is killing us! Myself, Jeff, Cubby, Evan, Wrench, Adam and the rest of the gang are sitting here watching the screens and counting down till midnight! I can’t thank you all enough for casting your votes! The kind words about how we ran it, (not just asking for votes and then picking a motorcycle) and emails have been awesome!

The back and forth today between the two trucks has been insane! I couldn’t believe it when the count was around 630 votes and they were tied!! We really do appreciate all of our fans and the support! Thank you all! ]

[Update: Apparently there’s some morons people out there still that don’t know that we can track every vote that happens on these polls.  Spamming the poll with a few dozen votes for your favorite truck is just going to make us mad.  Alright Adam, we still rolled back your votes, but apology accepted.]

Round 3 of March Bash-ness was an exciting one to watch.  Was Traxxas going to make the final?  Would the 5B knock off the Slash 4×4 and guarantee the March Bash-ness Crown went to HPI even before the last round?  Around the office we were all on the edge of our seats as those two battled for a spot in the final round.  Lucky for Traxxas, the fans came out and rallied around the short course master.  The Slash 4×4 took an early lead and never gave it up, though the 5B did battle back a few times, it just didn’t have enough momentum to pass the Slash at the finish line.  The Savage Flux HP managed to do something no other truck could in this bracket, and that is fend off an orange and black ATTK from the Blitz.  It not only fended off the Blitz, the Savage Flux managed to completely dominate the voting, racing away with well over 2/3 of the vote.

And then there were two.

So it’s come down to this.  Savage Flux HP vs. Slash 4×4.  HPI Racing vs. Traxxas.  Two bashing superstar companies are facing off, and you get to decide which one offers the Ultimate Bashing Truck.  There’s no telling who’s going to win, but one thing we know is that it will be a hard fight to the very end.  This round of voting will go until 11:59pm CDT, March 30th.  The winner will be crowned on the 31st.  This is it, the big showdown, the final faceoff, the last dance, [insert last cliche here].  Who will win?

Giveaway info: We know why you’re all here, you want to win something.  Here’s how to get your name in the hat.  The comments on this post are open, vote in the poll below, then drop down to the comments section and leave us a note, make sure you enter a valid email address in the email box.  You must leave a comment to be entered! The comments section will close at the same time as the poll, 11:59pm CDT, March 30th, no entries will be accepted after that time.  After the poll and comments are closed, we’ll collect all the names and a random commenter will be chosen from all who entered.  We will announce the winner soon after.  The prize has yet to be determined.  If the Savage Flux wins, then HPI will be offering up a new truck, though not necessarily a Savage Flux HP.  If the Slash 4×4 wins, Traxxas will be offering up one of their trucks, though not necessarily a Slash 4×4.  Rules: Only one entry per person, a valid email address is required, you must be 13 years of age or older, or have your parent or legal guardian enter for you.  Keep the comments civil, no flame wars.

We would very much like to thank HPI Racing and Traxxas for their support of March Bash-ness, without either of them this wouldn’t have been the success it’s been.  And we wouldn’t have an awesome prize to give away.  So make sure you give them some gratitude when you get a chance.

After you’ve voted, make sure you help spread the word via Twitter, FaceBook, and email!  It’s because we have a huge, dedicated, and growing audience that we can put on events and giveaways like this.  The more people you convert to the Dark Side, the more stuff we can give away!

So without further ado, if you’re on the home page click the Read More button to start voting, else, scroll down and get your click on.