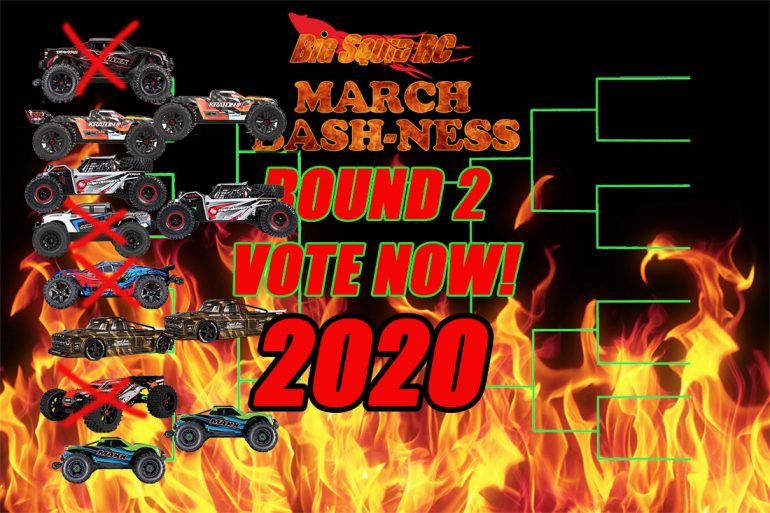 Round one had an epic battle of the titans between the Traxxas XMAXX fans and the ARRMA Kraton and the ARRMA Army! The lead changed hands about 20 times, with votes coming in right until the last minute and the polls were closed. Congratulations to everyone on a game well fought!
Enough about round 1, it’s time for Round 2! It looks like there is going to be another ARRMA vs TRAXXAS battle that will be one to watch!

Where are those fanboys at? Lets see those votes! Don’t forget to share with all your friends and FB groups to help support your favorite bash vehicle, and send it on to the FINAL FOUR!

Things are speeding up so you have just over 32 hours to vote! Round TWO polls close at Midnight CST Friday March 20th, 2020! Get your votes in! As always, we WILL ban you if we catch you stuffing the ballot box. Please don’t make us do that.

Thanks for voting! Tell your friends! Check back in a few days to see who moves to the FINAL FOUR!