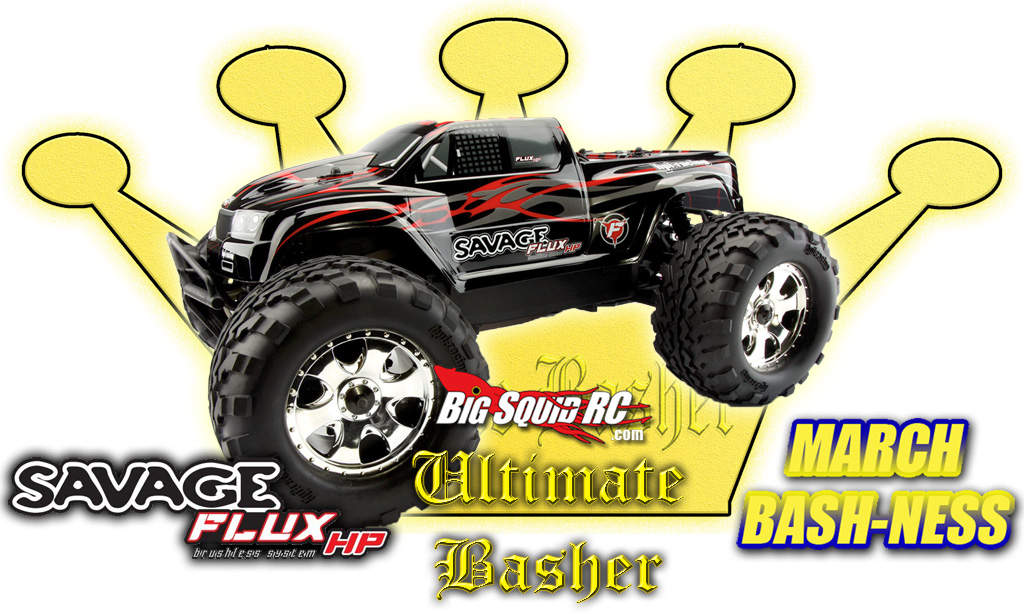 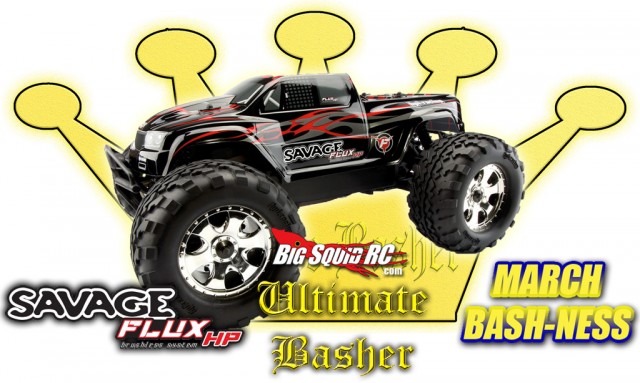 A big and hearty Congratulations to HPI Racing and the Savage Flux HP, The Ultimate Basher!

Nine days ago we started March Bash-ness with 16 trucks. After all of you guys cast nearly 6,000 votes (most of which were legitimate!) over that time, 15 trucks have been sent home and we now have a winner.  The Ultimate Basher as decided by the fans is HPI Racing’s Savage Flux HP!  Though just barely, when the final vote was cast, the Savage Flux and Slash 4×4 were only separated by 2%!  The Savage Flux HP squeezed out the win with 51% of the nearly 1,000 votes cast over the last two days!  It was so close that we weren’t really sure who would win until the poll was closed.

While the Savage Flux HP drives away with the trophy, Traxxas fans shouldn’t feel defeated, it was a hard fought battle and the Slash 4×4 is certainly a worthy runner-up, just making it to the final was a feat in itself.  This was a fantastic showdown between two heavyweight contenders, and the back and forth fight was proof of that.

Giveaway Info: I imagine you’re all wanting to know about the giveaway.  We will be announcing the winner this Friday, April 1st, after we go through all the entries and get the official prize from HPI, so check back then for the official drawing.  But you know, we’re in such a giving mood after this and we’re so close to 500 Fans on our FaceBook page, that Brian has decided to give something else away when we break 500 Fans.  So click on over to our FaceBook page and click the big Like button at the top, then keep an eye on the front page for news about what we’re going to give away when 500 falls.