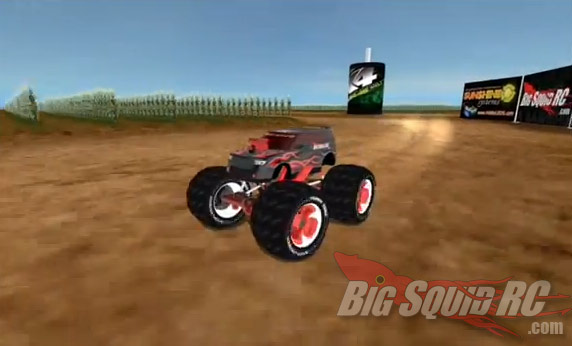 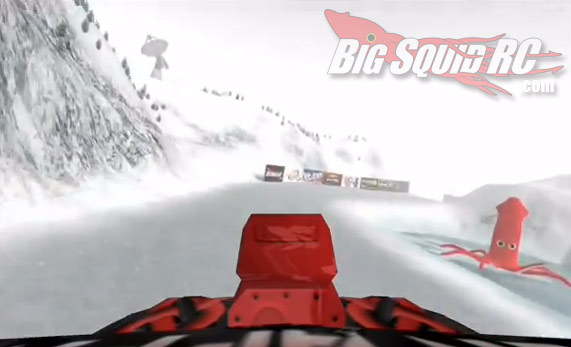 You are seeing that correctly, our own Squiddy is making his first appearance in a video game! The new Monster Minis Extreme Off-Road Racing game has been recently released by Mindwedge.

A while back we got to know the guys from Mindwedge as they are a local game company in the Chicago area, and with my connection with games, it seemed like a cool opportunity to work with a them a little on an upcoming game.
It’s a PC racing game that plays like Mario Kart mixed with some Off Road action. Several RC companies have hopped on since we joined up, so it’s cool to see the branded vehicles, billboards, and other related objects. As you can see from some of the screen shots here, there is an Official Big Squid RC vehicle, and even Squiddy himself can be seen in the game!

If you haven’t checked it out, you can download and play a demo before purchasing it. If you like it, we strongly urge that you pay the few extra $$ and get the full version, and show your support for the Mindwedge guys being cool enough to include and help promote the world of RC!

Check out the trailer for the game!

Head over to the official Monster Minis Extreme webpage for screen shots, demo downloads, and purchasing! (Big Squid RC makes no money from this product, we are just helping spread the word!)