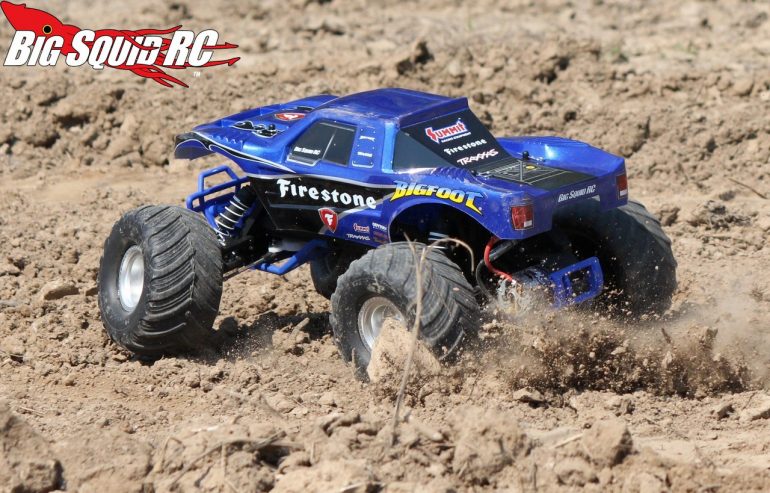 Ever since starting this monster truck column in early 2017, I’ve fielded a number of e-mails from noobies. I was originally going to use today’s MTM as a mailbag, but my longwinded answers made it so I’d be better off splitting these up and answering each in depth over time. So yeah, for today I’ll just start with the question that I’m asked the most.

Why don’t people use Traxxas monster trucks in monster truck racing competition? What’s the difference between them and say, a Tamiya Clodbuster?

Ok, so that’s actually two questions. However, they are directly related.

This is BY FAR the most popular question that I receive on here and at our Trigger King events. This answer may be simple to many, but let’s remember that someone coming new to the hobby has no clue to the mechanical difference in vehicles. To them a monster truck is a monster truck and hey, that’s alright! For those wondering, here is the difference.

Traxxas type vehicles, like their 1/10 BIGFOOT trucks, have an independent suspension and in general use the same layout as an r/c buggy, just bigger and beefier. Outside of the bodies and tires, they bare no similarity to full size monster trucks; mechanically or handling-wise.

Bigger 4WD vehicles like the X-Maxx, HPI Savage, Losi LST, etc are basically the same. They are known to monster maniacs as “indy trucks” because of the aforementioned independent suspension.

On the flipside, Tamiya Clodbusters, Axial SMT10’s and other vehicles that are deemed “scale monster truck” use two solid axles, just like the big boys. This is why the term “solid axle monster” is used- it specifies one type over the other.

Indy vehicles are much better suited to the average hobbyist as they drive very predictably, don’t need much in the way of set-up and can be jumped/bashed hard without needing a lot of work.

Solid axle trucks are maintenance hungry and take more time to work out the kinks, but they handle remarkably similar to the full size vehicles they are replicating (which is a positive or negative depending on what you want out of it). I know and race regularly race with guys that are either active or retired 1:1 drivers and they all say this is the case. One may weigh 10,000 lbs more, but many of the same physics apply.

I’m biased, obviously, but I LOVE the feeling of getting behind the wheel of a properly set up solid axle truck and busting ass with it. They are just so much fun to drive and wrench on. It gives me the feeling that I’m “really” monster trucking, even if I’m doing it at a fraction of the size.

Regardless of which type you go with, you can have a blast. Their is no right or wrong, best or worst. Hopefully now you understand the differences between r/c monster truck types a little bit better!