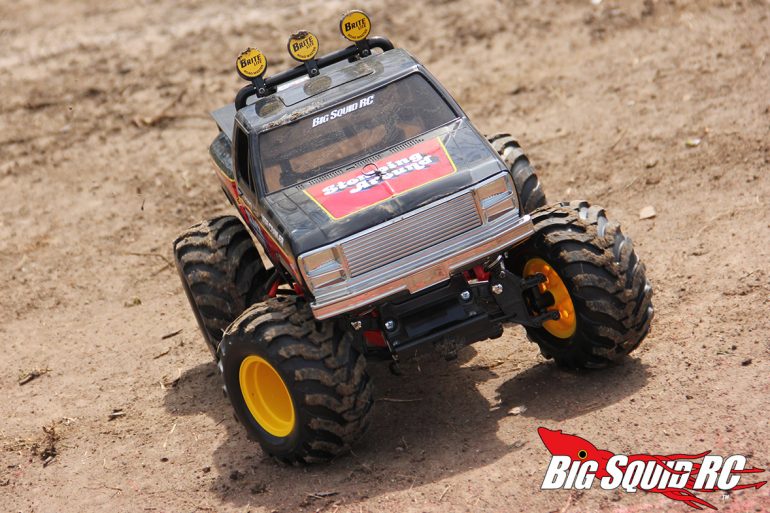 Re-releasing classic vehicles is definitely the “in” thing to do in the hobby these days, but with the exception of Tamiya’s offerings (my 2015 Blackfoot, pictured above, rocks my socks), most of the vehicles getting love are decidedly non-monster truck.

Hey, I think the Kyosho Optimas and OG RC10’s are as cool as the next guy, but being an old school monster fanatic, I’d rather see something with 4 giant tires!

Here’s my top 5 wish list for vintage monster re-releases. The caveat here is that I’m picking vehicles that I think have a realistic chance of coming out, i.e. companies that went belly up are not represented. Here we go! 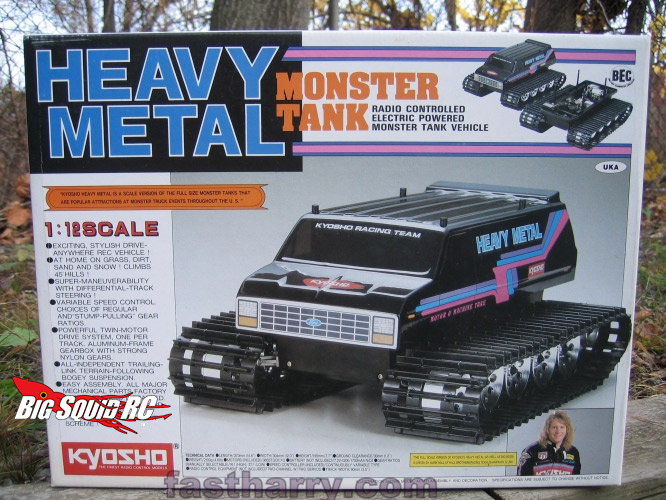 Ok, so this isn’t even a truck at all. The Kyosho Heavy Metal was just their standard Blizzard platform with a Ford van body, but it sure was cool. Monster tanks were a big fad in the late 80’s and the Heavy Metal was Kyosho’s foray into replicating one. Given the fact this chassis is still produced, it wouldn’t be a big stretch for this to see the light of day. Also, while we are on the subject of Monster Tanks, I hope to write a column detailing their rise and fall somewhat soon. 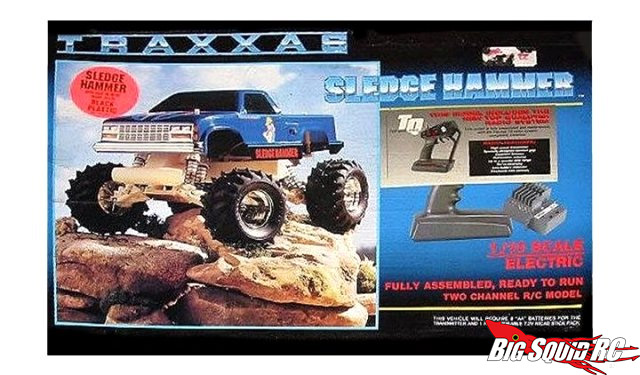 If you bummed around hobby shops or read the industry magazines in the early 90’s, you definitely were aware of this 2wd rig. This was the Stampede’s dad and T-Maxx’s grandpa. In an era when most vehicles couldn’t really stand up to bashing, the Sledgehammer was known for being able to be driven hard. Traxxas has never done a retro re-release, but given the importance of this vehicle in company history, it sure would be cool to see them do a run of them with certain modern upgrades. They better keep that white plastic, though! 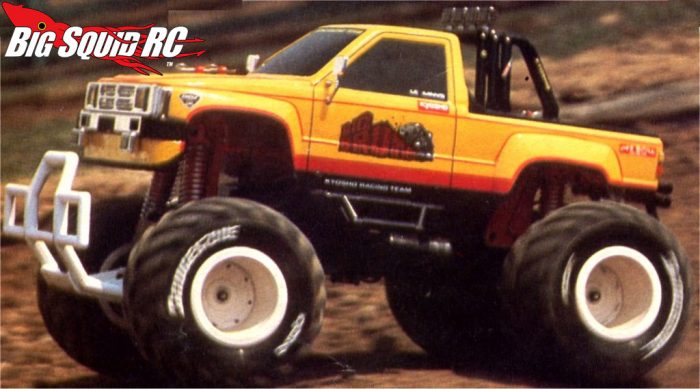 Another classic 2WD monster, this was Kyosho’s direct competitor to the Tamiya Blackfoot. I’ve never owned, wrenched on or driven one of these things…but I’d sure love to if Kyosho would release them back into the wild! Should they do that, the chassis was also the platform for the High Rider Corvette and Big Boss, allowing all of them to come back! 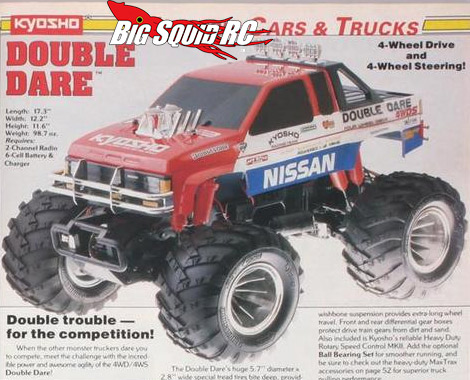 The Double Dare was the first challenger to Tamiya’s Clodbuster. It featured a sharp looking Nissan truck body, 4WD and 4WS, but ultimately couldn’t quite cut the mustard compared to the legendary Clod. Still, the Double Dare is a very sought after collector’s item and it would be fun to see an updated-but-still-faithful modern release. It’s a truck I’ve always wanted to own in box art form. 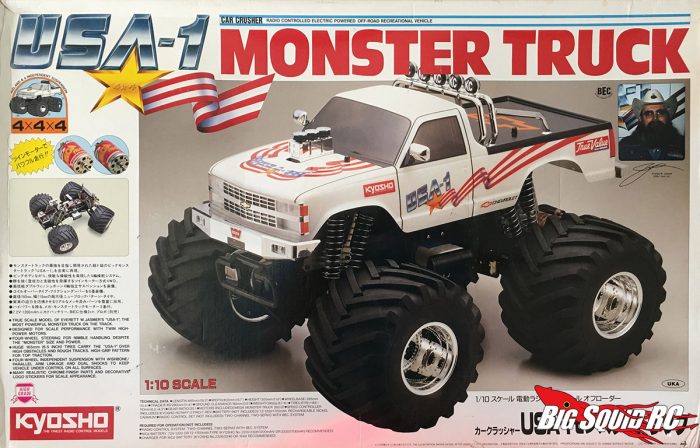 The other vehicles on this list were not placed in any particular order, but this one is.  This is the re-release that NEEDS to happen. The Kyosho USA-1 was the only real competition that Tamiya’s Clodbuster had back in the day. While it didn’t feature solid axles, the truck looked amazing. My brother had the nitro version and we beat the crap out of it. It was MASSIVE. In many ways, this monster truck was the precursor to the T-Maxx and all of its independent suspension brethren.

If Kyosho could secure the licenses, this would be a no brainer. Even if it was priced high, the hardcore monster truck faithful would head to the hobby shops and pick this one up, especially if they fix some of the driveshaft issues the classic one had. Please Kyosho, bring back the USA-1….or one of the other trucks on list, at the very least!