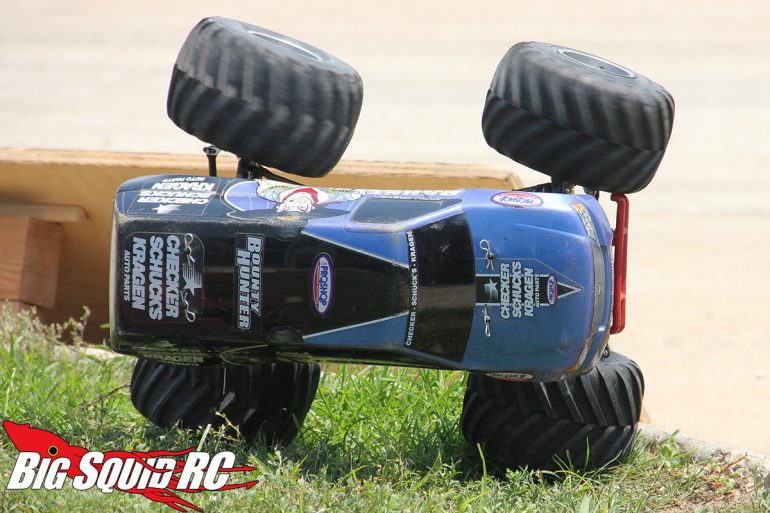 Back in my Bigfoot days, a commonly asked question from many a casual fan was “What does 4x4x4 mean?” For those that don’t know, that slogan used to be painted on many of the trucks. 4x4x4 means four wheel drive with four wheel steering.

When people think of monster trucks, four wheel steering (from here on out 4WS) is probably one of the first things that comes to mind right after the big tires. It’s something that’s always been integral to them. Not just for show, the big lugs couldn’t maneuver around tight areas with out it.

It’s also one of the first things that comes up when a newbie buys or builds their first solid axle r/c monster. Most think that 4WS should be mandatory. Just hold on a second there, Tex.

It sounds great on paper – the big boys run it, after all – but in practice your mileage may vary. 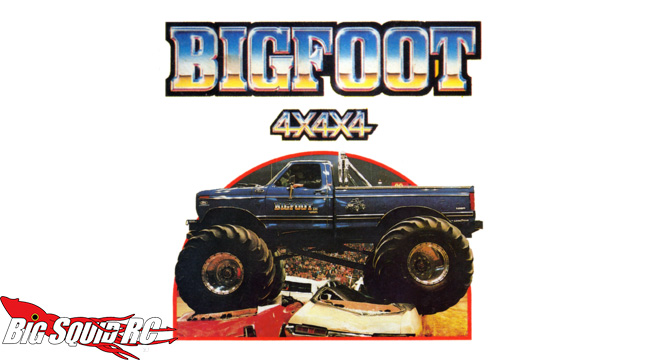 On something like an OG brushed Clod it’s great. Retro-styled monsters are a lot more fun with 4WS, especially if you can toggle it on or off. Just be aware the stock configuration for this is hot garbage so you’ll want servo-on-axle mounts for the front and rear to avoid hideous bump steer.

If you have a high performance brushless modern style monster (i.e. an SMT10 or mod-Clod) you’ll probably get into more trouble with it than not. There are a few reasons for this.

For starters, an r/c doesn’t weigh around 5 tons, something that helps a 1:1 stay on all 4’s. Any bit of speed and you’ll probably go tumbling over.

4WS setups also have a nasty tendency to allow the rear end to drift or not correctly self-center if you don’t have an uber powerful rear servo. You can find yourself with a snakey truck, especially on high traction surfaces. This probably ends with the truck going arse over tea kettle.

Something else that’s important to remember is the rear servo will take the brunt of hard landings. GET A SERVO SAVER FOR THE REAR, for Pete’s sake! Even the strongest servos will eventually blow out from repeated hard landings with nothing to protect them.

Modern offset monster truck wheels like Pro-Line Brawlers and JConcepts Tributes allow the trucks to have plenty of steering via the front axle. You can also grind the inside of a Clod knuckle out to gain more steering to avoid needing to use the rear if that is your truck of choice.

Whichever way you go, keep it on all 4’s!