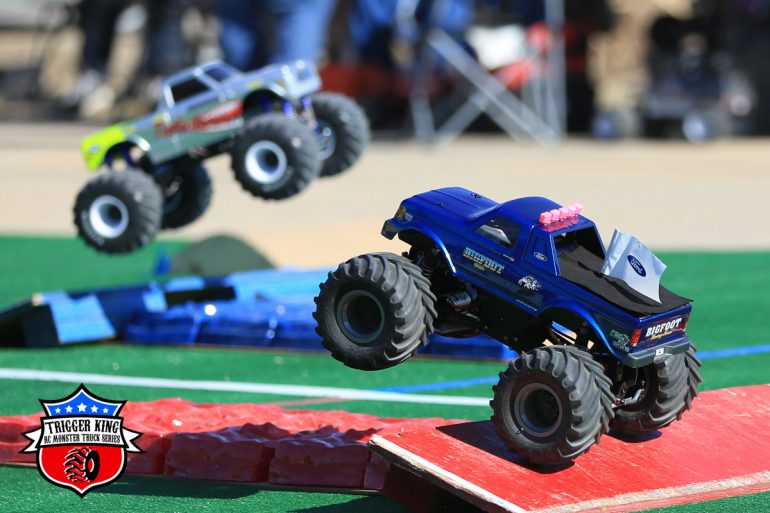 The more I do it, the more I realize that competitive r/c monster truck racing is a battle against myself, not the opponent. I think that’s why I love it so much.

Before getting to that though, let’s talk about the nuts and bolts of the actual race format for those of you that are uninitiated.

At the core of it, monster truck racing is a form of drag racing. Two vehicles race on a predetermined course, normally within their own lanes, and the first to reach the finish wins. Unlike a standard drag race though, said course can be a variety of shapes…and there are jumps involved.

In addition to that, various time penalties are assessed to vehicles that do not cleanly run the course. For example, ramps need to be hit with both front tires, and if a vehicle misses then they must pay for the infraction. Cutting a corner too tight and hitting a turning pole is also worthy of a smack on the wrist. Our club accesses a 2 second penalty for either of these, although I know of others that are a bit harsher.

Due to the short length of the race, corner marshaling is not allowed. If you flip, well, that’s that. You have just gifted the race to your competitor. If both turn over? Re-run it.

Vehicles that finish the race in the least amount of time, including penalties, are the winner. This is why you are normally better off running a bit slower and clean versus balls to the wall and out of control. 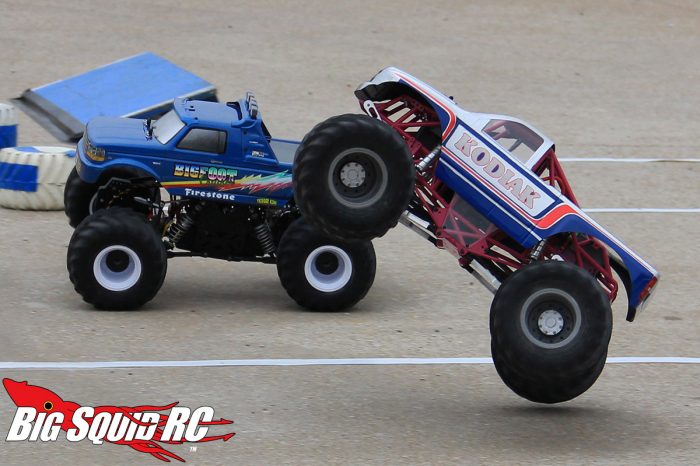 At surface level, what the person in the other lane does, does not affect you. I.e. there is no passing, weaving through traffic or anything like that. It’s a simple battle of who can run their own race the fastest.

In practice though, you most definitely are racing the guy in the other lane. How so? Well, if the person over there is a “fast guy”, you are more likely to throw caution to the win and go harder to try and win. This line of thinking often results in completely throwing away a race, as it usually leads to a cavalcade of penalties when one tries to drive over their head.

The flip side of this is when you are up against a “slow guy”. The tendency here, thinking you have the race in the bag, is to drive overly cautious or slow so as to not to roll over or get penalties. This can also be really problematic, as being timid can cause you to drive erratic or even just straight up get beat by the perceived “slower” vehicle.

There’s also the problem of being a “lane looker”, as I like to call it. This is when during the course of a race you are paying attention to the other vehicle as much as your own, and drive faster/slower depending on what they are doing. While this can make sense if the other guy rolls, it’s still dangerous as it means you are not completely concentrating on your vehicle.

Any of the above is natural to take part in a bit, heck it’s also smart to a degree, but you need to control it. It took me two years of getting my butt kicked to finally learn how to not be on tilt when at the starting line. Once I learned to race my own race, only then did I start turning on win lights.

That goes back to my original statement- it’s all about battling yourself. Once you are confident in what you do, you’ll stop getting psyched out on the line and be able to perform at your best. Don’t worry about the other guy, just drive as hard you can while still keeping control and let the cards fall. By doing this, you’ll either win or improve.

I know some of you out there are saying “Well that’s great, unfortunately I don’t have anyone to race with near me!”. I’ve got some good tips to change that, but that has to wait til next time!