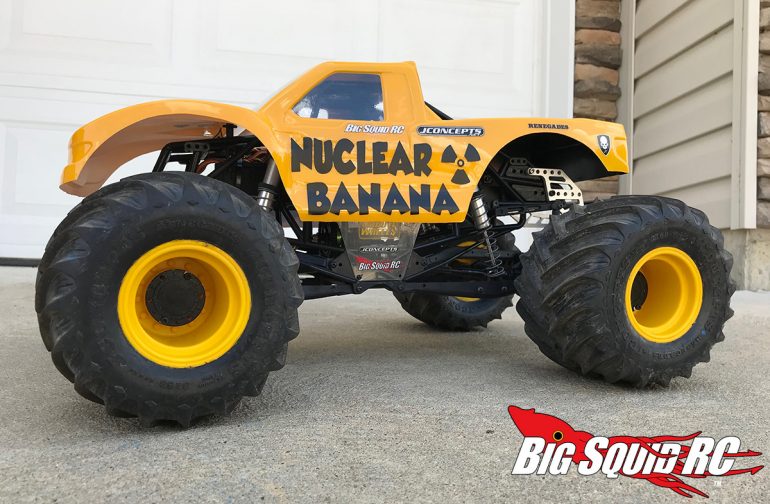 JConcepts officially debuted their upcoming Ford Raptor Race Truck Body at the Bigfoot 4×4 Open House a couple weeks back, and I was lucky enough to score a pre-release version! I’ve just finished it up and before I head into battle, I wanted to give you a look.

I have it mounted to my Pro Modified Axial SMT10, which sits at the stock wheelbase of 13.9″. You can see that it fits really well. Notice how the body is dovetailed in the rear, just like the full sized one! JConcepts was right on the money with this. 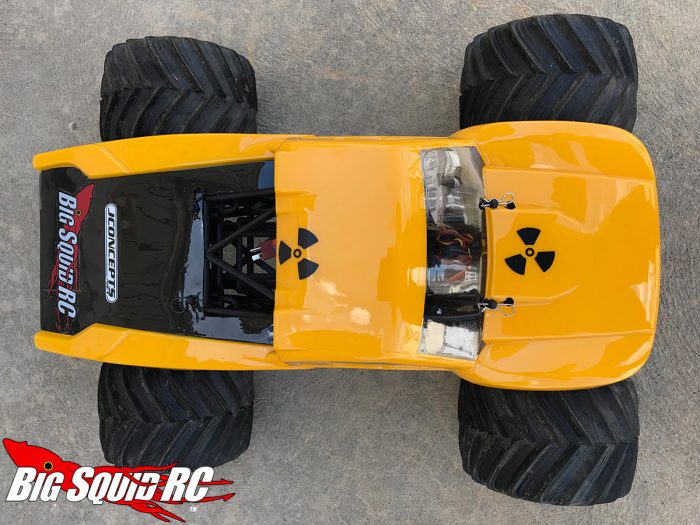 While it works on my SMT10, here it is on a Clodbuster with a shorter wheelbase. This body lends itself to different wheelbases very well. 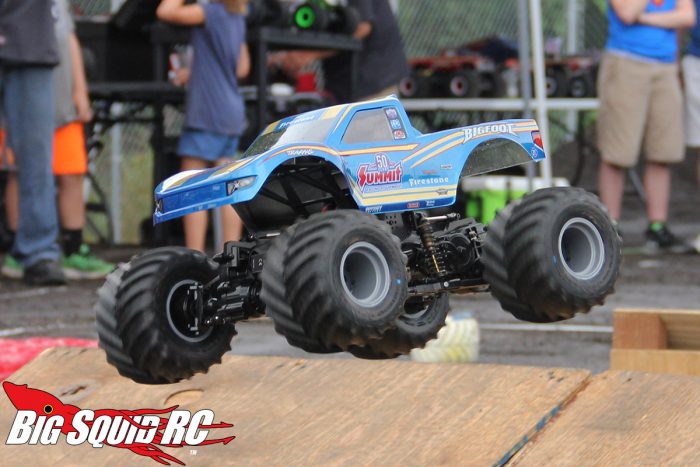 Previous to this release, hobbyists have had to get creative to nail this look. The HPI DT-1 Mini Trophy Truck body was most popular for this, but it required modification to get it to sit correctly on various chassis and it’s become very tough to find. The Tamiya Agrios body was another option, but the proportions weren’t really that great. The last option was to use a shell designed for a Traxxas Slash-sized vehicle, but those are usually way too wide.

As a brief aside, this body makes me nostalgic because I was working for Bigfoot when the decision was made to start using these desert racer-style get-ups. (Not the actual Raptor as JConcepts has replicated mind you, as that came a couple years later.) Bigfoot #18, at the time the newest truck in the fleet, was under construction and the team wanted to try and do something that was different than the standard pick-up body. I remember when the large box arrived from Fiberwerx, the manufacturer, and sat hidden in the shop for close to a year as work finished. Those of us that knew were sworn to secrecy.

I vividly remember going into the shop when the panels were being mocked up on the body and thinking “This looks freakin’ wild!” Bigfoot’s painter at the time, Nick “Pedro” Dvorchak worked with Summit Racing to craft a killer paint job. The truck was finally finished on a very cold December morning, and rolled out of the shop for pictures. The shot below is one that I took right after it rolled outside for the first time. 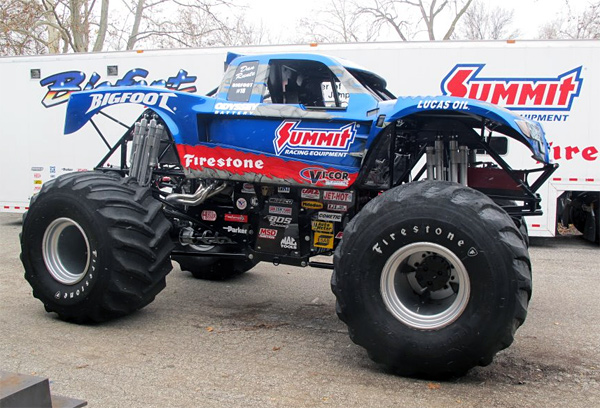 This style of body has been what the Bigfoot trucks have been primarily running ever since, with the change to the hyper-aggressive Raptor model taking place several years ago. Here is the latest version, as-seen at Open House. 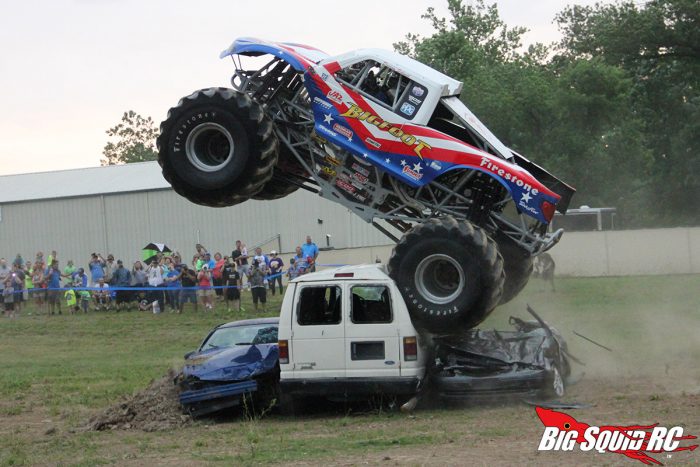 The JConcepts Ford Raptor Race Truck body has not yet been officially announced, but rest assured that the release date is imminent!