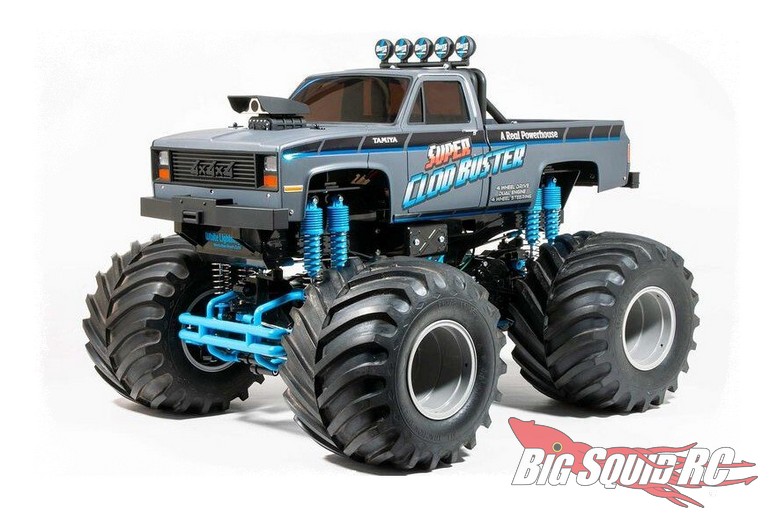 Greetings all and Happy Thursday!

This week I’m answering an e-mail that I received from reader Steve R. regarding the new limited edition Tamiya Super Clod Buster “Gray Edition” release. It’s a question that I would guess some of you are probably wondering about as well, even if you aren’t super well-versed in Clods.

I had an original Clodbuster when I was kid, and a blast running it stock and eventually going with a clodzilla iv chassis.
I sold it a few years ago, of course second guessing myself now and wish I still had it.
Anyway I just pre ordered the special gray edition, did Tamiya make any upgrades in order to call it a Super Clodbuster?
Or is it the same old Clod?
I’m fine with it either way, can’t wait until October!
Also which steering setup do you prefer on your Clods?
I like in front of the axle since it looks more realistic but then again jconcepts setup looks nice too.
Thanks,
Steve R

Hey Steve, thanks for the e-mail. So, it’s been awhile since you’ve partaken in some clod-ology, eh? Sounds like your OG with a Clodzilla IV chassis was a wicked ride! Back then, Clod-zilla’s were the bees-knees.

So the answer is yes, there are a few updates on the Super Clod kit versus the classic from back in the day, but there aren’t a bunch. There are mainly two- one cosmetic and one electronics oriented.

The first is the obvious- the body on the Super Clod is a different color with different graphics than the original. The super charger hat is also slightly different looking, having more of a bird catcher look. The Super Clod isn’t GM licensed, either. Various plastic color molded parts are also different than the classic red, to match the new scheme.

Outside of that, the biggest difference of what you’ll find in the box versus the ’80’s version is the new dual motor ESC versus the old-school 3-step mechanical unit. Boy howdy, you know you are old school if you remember that burnt connector smell!

The ESC that Tamiya is including is a HobbyWing THW 0880 Brushed Dual Motor ESC. Previous versions of the Super Clod had a Tamiya TEU-106BK, which was pretty decent, but the new THW they just started putting in kits is a very nice unit. Kudos to Tamiya here.

Other than that though, she’s the same, alebit with better plastic than the old brittle stuff from way back when.

They are fun retro monster trucks out of the box, though I would strongly recommend you get an aftermarket bearing kit and axle-mounted steering servo setups.

The JConcepts Regulator steering system is awesome, it’s also very clean and mounts the front servo behind the axle. Use a second kit if you want 4 wheel steer, as a single kit includes a rear lockout. If you want a cheaper option, various companies make standard axle mounted servo kits. Just be aware that this look isn’t as clean and most put the steering links in front of the axle.

Congrats on the new ride. Bearing and steering kits will help you get a lot more enjoyment out of it!

I hope that information is helpful!