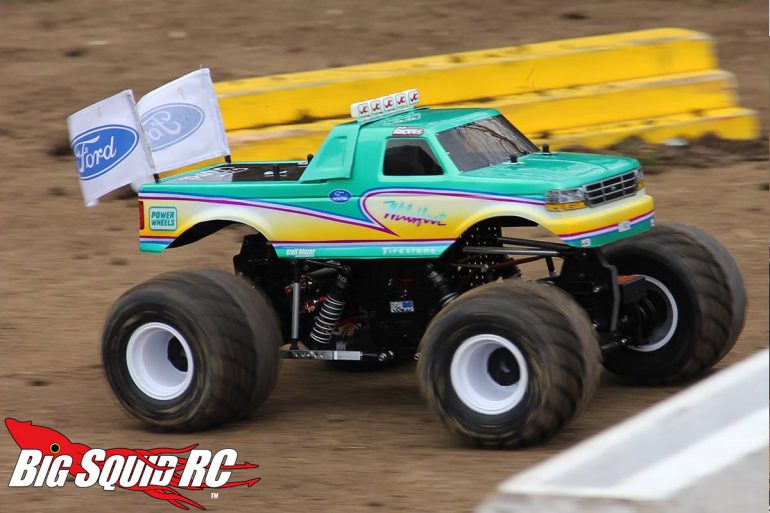 Greetings folks, we are alllllmost to Memorial Weekend. And with that, I wanted to chat about flags. Scale flags, actually.

Before we do that though, if you haven’t noticed over the last few weeks, Monster Truck Madness is now a weekly blog! Big thanks and good luck to our new guy Jeremy Griffith for taking over the Friday Scalin’ feature. He’s a true scale crawling nut and he’s done a great job so far. I had a good 5 year run writing about scalers but, alas, r/c monster trucks have completely consumed me at this point. I got into this hobby 20 some years ago thanks to monsters, and it’s become a self-fulfilling prophecy I guess.

Ok, so about the flags. On my Trigger King YouTube channel, a very popular question I get is “Where do you guys get those flags?” This is actually a great question, as for most of my time in r/c it’s been very difficult to find appropriately sized flags, especially if you wanted sponsor specific stuff like the big boys use.

When monster trucking started in the 1980’s, the rigs were known for flying gigantic flags almost as much as sporting tons of chrome. You had American flags yes, but many sported customized sponsor flags. When you think of the BIGFOOT monster trucks, you probably see a gigantic Ford flag flying with the truck, right?

IMO, one of the coolest traditions that ever took place in monster truck racing was during the classic TNT series, and it involved a flag. TNT was the first ever monster racing series, which was devised in the late 80’s. When a truck would win that evening’s competition, they were given the ‘Silver Flag” from the previous event winner, and they could then fly it on their truck. They would do this until they lost, at which point they’d hand the flag over to whomever won that particular night. If you saw a truck flying that silver flag, it meant it was “the one to beat” on that given night. Pretty cool.

As mentioned before, it’s been tough to find cool replica flags for r/c unless you “knew a guy”. I used to use a very jerry-rigged setup- I would purchase tiny yard-decoration American flags, print out whatever graphic I wanted on paper, cut it to size with scissors and then proceed to staple the designs to both sides. Yeah, it looked as bad as it sounds. But hey, it was better than nothing!

Ok, so where do you get a flag made? J.B. Scale Graphics is the place to go. The owner, John, is a hardcore solid axle monster racer. The trucks pictured in this article are using his stuff. He makes them to order, so you can get whatever you want. As for mounting them, he makes the bolt on mounts as well in various degree angles depending on what truck you have. If you don’t have Facebook, you can e-mail direct here – Jbscaleandgraphics@gmail.com

And for you independent suspension guys, the flags work just as well on an E-Maxx as they do an SMT10! You just need to find a good spot to mount them.