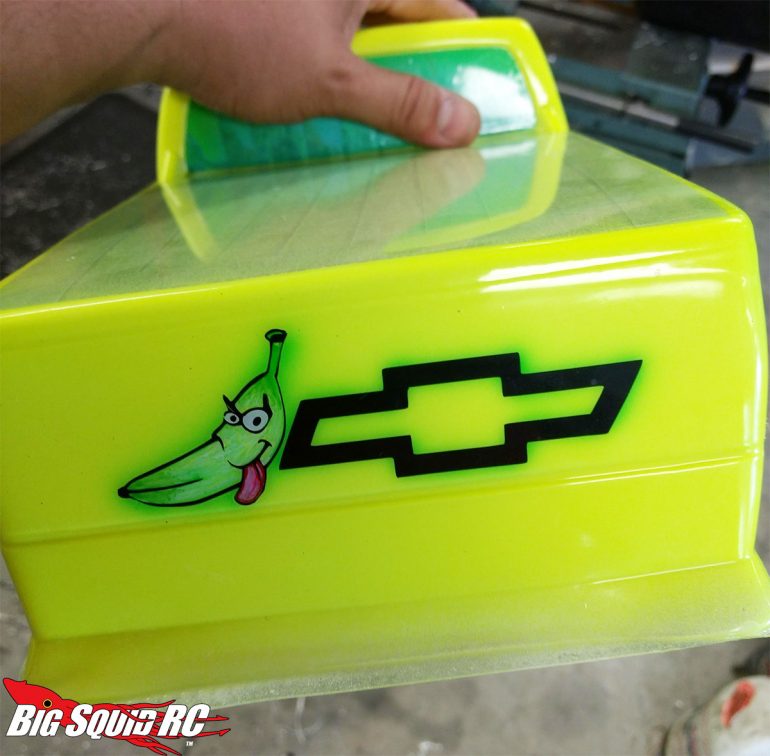 I have talked about my Nuclear Banana Axial SMT10 a bunch of times since starting this column several years back. It’s one of my favorite truck indentities that I’ve come up with since starting to competitively race solid axle monsters back in 2014. 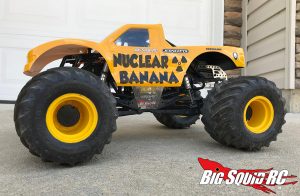 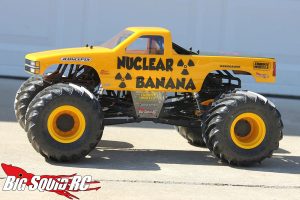 The first version of this paint job was done on the JConcepts Snoop Nose Chevy body, but I soon broke that in half during a season of wild freestyles. It was around that time that JConcepts came out with the Ford Raptor trophy truck style body, so I decided to rock that look for awhile.

The Raptor held up very nicely, but it finally gave way recently after a nasty crash caused the mount holes to crack.

Knowing I needed another new shell, I turned painting duties over to my good buddy Travis Sutton. I told him I wanted to make this banana look “nuclear” with a neon paint job.

I also knew I wanted to go with the Snoop Nose body again, as for my money it’s the best long wheelbase solid axle MT body on the market. My favorite era of monster trucks was the late 80’s/early 90’s, and that piece of lexan oozes that old school charm. It’s also dovetailed at the front and rear, which is great to alleviate tire rub.

Here is the result. Travis absolutely killed it, as he always does! 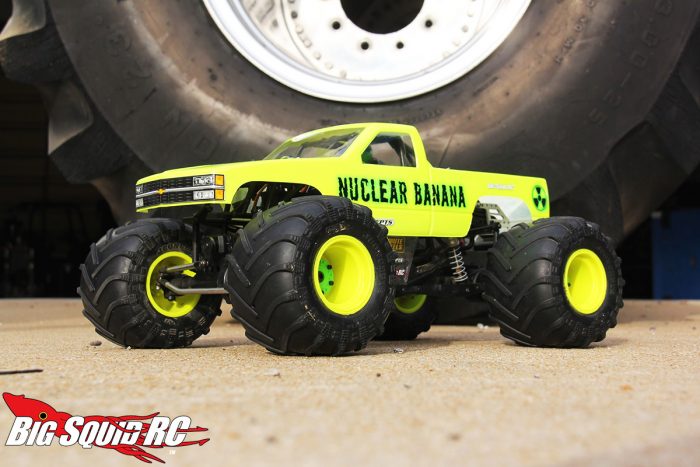 The main color used here was a Spaz Stix fluorescent yellow backed in solid white. For the highlights and tailgate art, he used a fluorescent green.

The new body, along with some neon yellow JConcepts Tribute Wheels, has now effectively nuclear-ized this banana!

That wasn’t the only body Travis did for me, though. More on that next week!