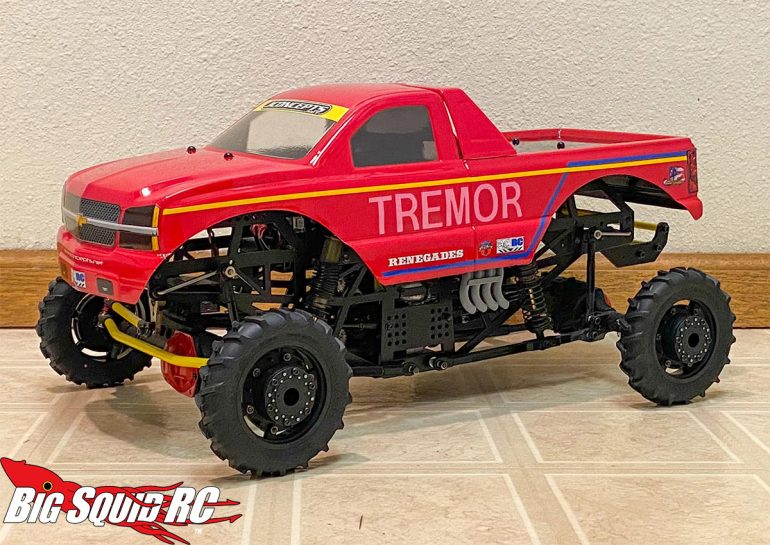 Never in my wildest dreams did I think that the r/c monster truck scene would be so popular so as to support scale hauler tires, but it’s good to be wrong sometimes.

Last week the JConcepts Transporter tire was announced, as well as the accompanying Tribute Transport wheel that goes with it.

A full sized monster truck spends the vast majority of its life on smaller transport tires. They cannot fit in a transport vehicle with the big 66″ tires, and they are MUCH easier to work-on when they are sporting the smaller shoes. For most, the only time they are properly “tired up” is when the vehicles are on display or at the site of a competition.

Monsters use all sorts of various smaller tires to get skinny, but the folks at JConcepts have modeled the Transporter as a replica of the agricultural Firestone tire that the BIGFOOT team uses on their fleet.

During my 6-ish years working for the team, I rarely saw the trucks tired up. They were usually sitting in the shop or in the semi trailer with the tiny digs. 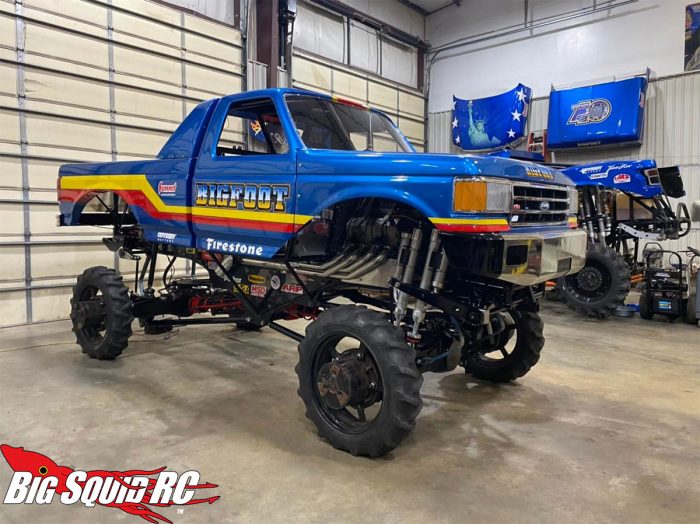 The purpose of offering these in r/c form is two fold.

The first is function. Those of us that have many solid axle monster trucks use up a ton of shelf and storage space due to width of these rigs with mounted tires. You can store them with tires removed, but many don’t want the housings just sitting on shelves. In the case of Axial AR60 based monsters using offset pumpkins, the trucks will also lean to one side or the other when sitting with tires removed. This fixes that issue, all the while looking cool!

And looking cool is the second and predominant reason these exist. They look awesome! I’m already seeing cool pictures of trucks looking realistic while enjoying downtime, such as the pic at the top of this article. (My buddy Jeremy Mark’s Buffalo Tremor).

Now, are these usable? Yes, though I dunno that I’d recommend a high powered monster truck using them unless you are looking forward to something hard to control. If you want the mega truck look, get a set of taller Fling Kings. 1.9 style scale rigs may be fun to use these as an agricultural style mud tire though!

I’m looking forward to having a few sets of these myself, especially for off-season storage. If you wind up getting some, share your pics! I’d love to see your monsters, haulin’ style. If I get enough pics, I’ll post ’em up here. doug at bigsquidrc.com