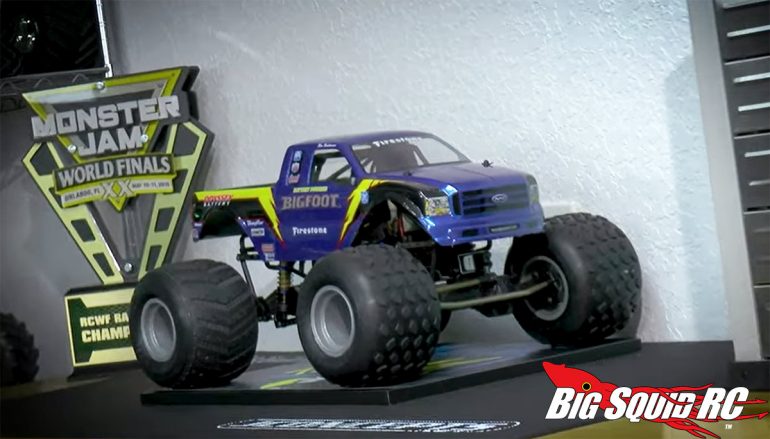 Those sneaky sneaks at JConcepts love to pepper upcoming product releases in the background of their YouTube videos, and they’ve done it again in a video they just posted.

The pic at the top of this article is a screen grab. Knobby tires on the front, heavily shaved v-treads on the back.

If you aren’t a hardcore 1:1 monster truck fan, these tires may look very foreign. However, if you ARE a longtime fan you probably recognize them.

Both of these tire types were used by the BIGFOOT 4×4 team at various times from the mid 2000’s onwards. 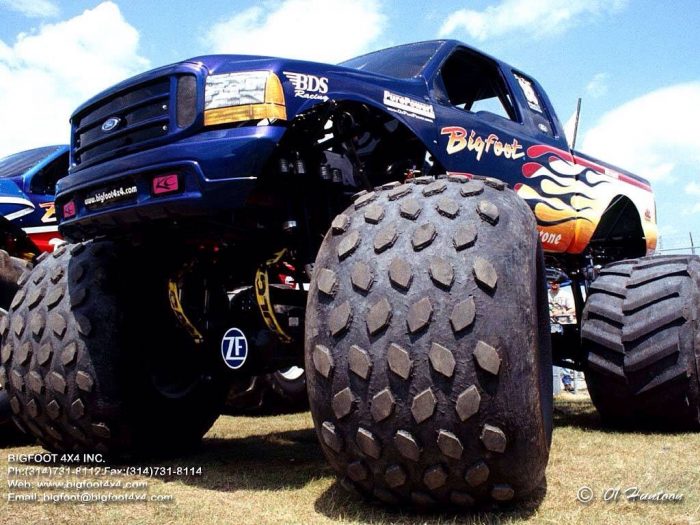 The knobby tires in particularly are very recognizable. This wildly aggressive tire started life as a Firestone 66″ and was cut to have the pattern that of a dirt bike. A LOT of rubber was taken off. Legendary BIGFOOT drive Dan Runte became known for using them on the front.

During my time at BIGFOOT I actually remember helping Dan out one afternoon by using a hot knife to help sharpen the tread. I bet these things are going be awesome for dirt!

The tires on the rear were used at various times as well, and feature another different style of hand cut Firestone. 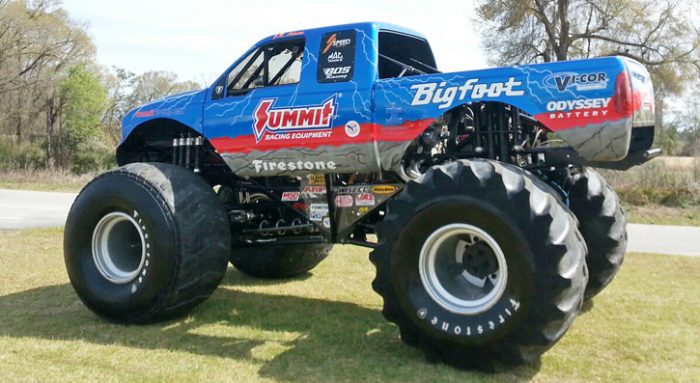 Dan would run this shallow cut on the rear many times when using the knobbies on the front, but they also would see front tire duty in certain cases. I would think the r/c version of this would work very well on surfaces with very high bite.

I love to see this. Both of these tires, especially the knobbies, are different than anything currently on the market AND are definitely scale. Pretty cool to see that r/c solid axle monster trucking is so popular that even these niche full size tires are finding their way to the 1/10 market!

Promise you I’ll be sporting sets of both as soon as they are released!