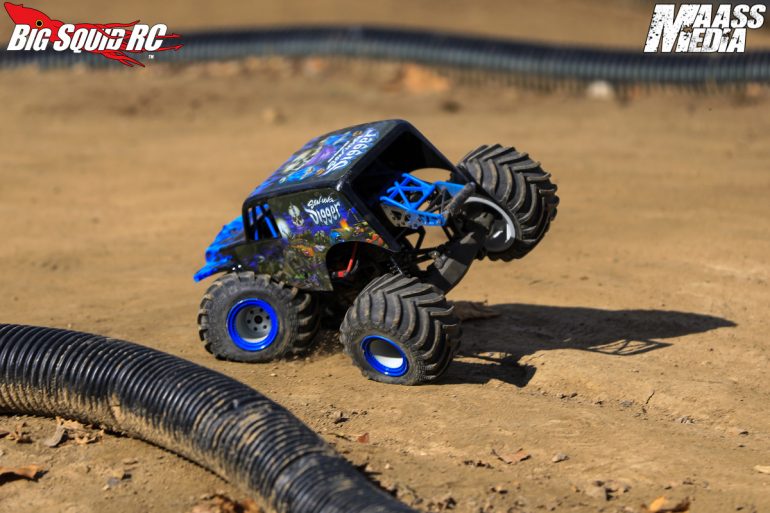 Hey gang, sorry for the late column this week. After two intense weeks of putting the LMT through it’s paces and shooting a bunch of video and writing the review, I’ve been in major catch-up mode ever since.

It’s been really interesting seeing the reaction to this vehicle. Most of it has been positive, but of course you do have some of the monster truck community trying to eat itself what-with the proclamations that so-and-so vehicle is better/worse and the fighting that results.

For me, it’s a landmark release. In the history of solid axle monster trucks there are really only 3 such releases. You had the original Clod back in 1987 that really was the flagbearer for almost 30 years. In 2016, the Axial SMT10 came along and brought a shaft drive truck to the masses. Both of those vehicles required work to get where they needed to be, sometimes more than others depending on how fast and big you wanted to go. Now the Losi LMT has arrived and, as the great Jim Ross would say, “Business is about to pick up!”

When the LMT hits in early January it’s going to be really interesting to see how the public takes it. I would guess it’s going to do for monster trucks what the Axial SCX10 did for scale crawling, but it’s yet to be seen.

Seeing how it affects the aftermarket is something that I’m REALLY curious to see. The niche industry around these types of monster trucks has operated for so long with the Clod and SMT10 being top dogs that it’s gonna be real interesting to see what comes up because of it. I do know that the LMT has been in the hands of several aftermarket companies already, hence Pro-Line having tires ready to go for launch immediately, but it’ll be fun what some of the small batch builders do with this platform once they get one.

On the competition side, there is already much talk about what class this truck will fit into. I know that my own club is discussing creating a spec-styled class for them. Regardless of how these trucks slot in, there are clearly going to be a bunch of them at solid axle meets across the country next spring when the weather turns to warm.

I’d like to run an LMT related mailbag sometime in the next couple weeks, so if you have a question about the truck that I can help answer or just a comment, I’d love to get it. Feel free to e-mail me at doug@bigsquidrc.com. Have a good one!