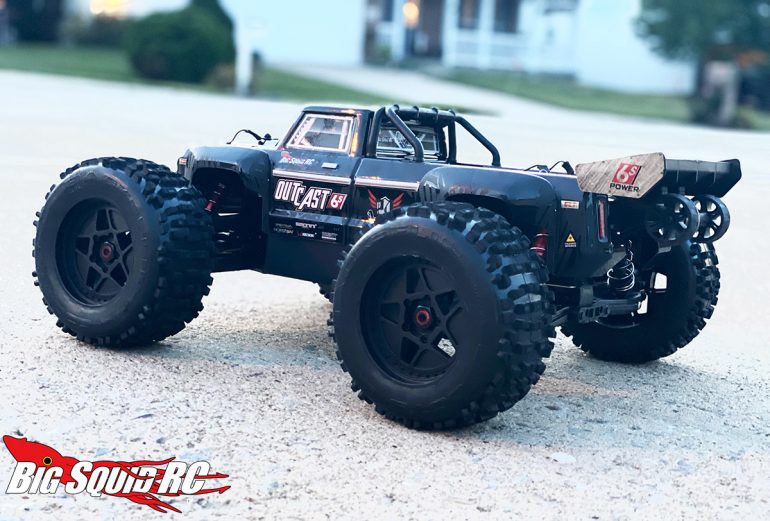 It’s funny that no-matter how experienced one thinks they may be in this hobby, there’s always a boneheaded mistake you can make that will knock you down a few pegs.

I’ve been heading up the Arrma 1/8 Outcast 6S BLX 4WD EXtreme Bash Stunt Truck RTR review, and over the weekend I was at a local park doing some bashing. The Outcast, to those unfamiliar, is a crazy monster truck that likes to spend a lot of time riding the wheelie bar.

Being that this activity is fun, I was ripping a long wheel stand in the parking lot when I saw a full size vehicle enter said area at a surprisingly high rate of speed. I was worried I’d cross its path and freak the driver out, so I tried to settle and stop the truck as quick as I could. Tagging the brakes from a 6S induced wheel stand caused the truck to go wild and what resulted was a wicked hit.

The truck was going probably 30 mph and slid into the curb with the right front end absorbing the entire impact. The Outcast stopped immediately with no rolling or anything….the worst kind of hit. I noticed the suspension dropped and there was no power. Double uh oh. This is what I walked up to. 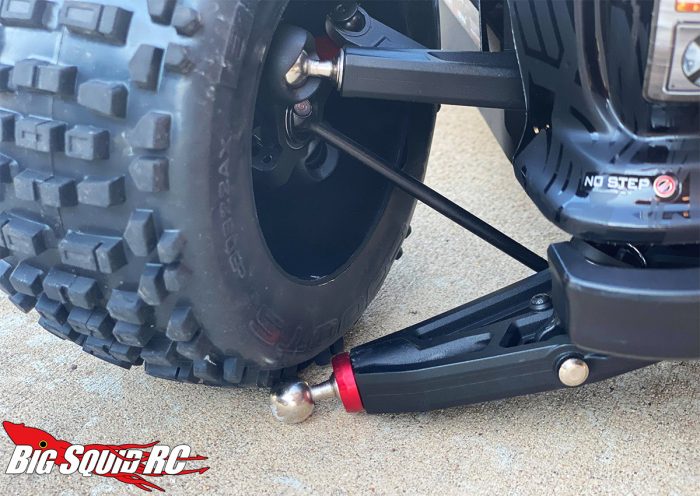 Turns out there was no power because the battery was disconnected. That’s how you KNOW it was a major hit.

“Off to the work bench”, I thought, my day of testing now cut short due to my stupid driving.

Upon inspection, miraculously nothing appeared to be broken. It looked like the giant steel ball that connects to the knuckles had just popped off in the crash. That seemed too good to be true given the impact. I quickly reassembled the knuckle and put the ball back in, when I noticed that yup, the truck didn’t want to turn and the servo appeared to be toast. Ugh.

I then took off the horn to test. The servo seemed completely fine, all the while the wheels were still tough to turn by hand. Hmm, must’ve been the servo saver that (by doing it’s job) was wasted.

I then proceeded to disassemble the front of the vehicle, getting down to the servo saver assembly. Everything was as it should be and moved freely. Hmm. 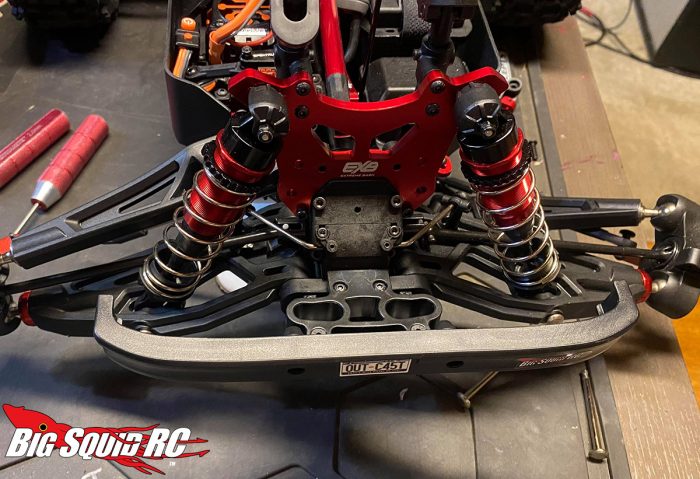 Now I’m getting pissed. I took a break for awhile and walked away, to come back a bit later with fresh eyes.

I figure that “maybe” a front drive shaft output got jammed or something and as I’m about to disassemble the rest of the front end to find out what broke, I decided to test just the knuckle that I originally reassembled. Yep. It was tight. The other moved freely.

I then started to realize what was probably the issue. I took a hex driver and slightly loosened up the knuckle ball that popped off. It then moved freely. Ugh.

I had wasted an afternoon of bashing and about an hour on the work bench all because I overtightened a screw.

The morale of this story? There are two.

One is that the Outcast is one tough sumbitch. That kind of hit would’ve junked a lot of trucks and been expensive to repair. It just needed to have a ball popped back in.

The other is that before disassembling everything, make sure your screws are properly tightened and NOT over-tightened. I cannot tell you how many times something as silly as this has wound up being the culprit of my mechanical woes….and yet I always seem to forget.

Check those nuts and bolts, folks. More often than you’d think, something basic is the issue. In this case, a simple half turn of the wrench would’ve kept me out running hard versus being frustrated on the bench!

I’ll be sure to remember that for next time….until I forget!