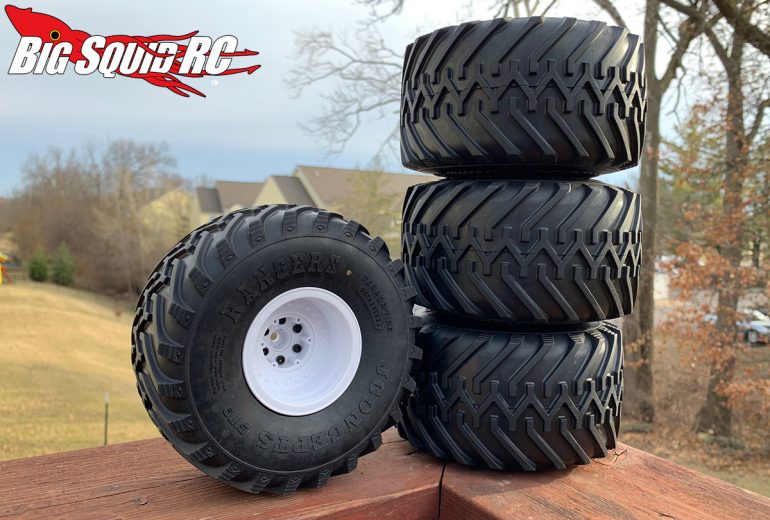 It’s that magical time again where the ice is FINALLY thawing and hints of green are starting to show in the grass. As I write this, it’s actually 60 degrees here in St. Louis (ok, it’s also stormy as heck, but I won’t complain about the temp!). I’m getting the itch to do some sort of Spring project!

Despite all these monster trucks I have, I’m still a big scale crawling fan. By the way, big kudos to Jeremy for taking over the Scalin’ column awhile back. He does a great job with it! Anyways, scalin’ is sort of on the brain lately.

I blame Traxxas. All these damn domestic off-roader releases are getting me hot and bothered. For the longest time I have been wanting to get one of those Broncos, lift it and put a set of JConcepts Midwests/Rangers under it to get that classic “Stage 1, early 80’s” monster truck vibe. The release of that Blazer is making it even tougher now to resist. How slick would that orange/white number look with those white Midwest wheels?!

Speaking of the Midwest wheels, I wanted to do an update on a previous project, and explain why I still have them sitting on my bench. I had planned to put them on my ARRMA Granite 4×4, but they just won’t work for it. When you put 12mm hexes on the Granite, the axle stub does not work with the wheel adapters of the Midwest wheels because there isn’t enough clearance to get a nut on. I even shaved a set of hexes down (Tekno 12mm) but there just isn’t enough room on the axle to accept the wheel.

Instead, I have just kept the ARRMA stock and continued to thrash it. Whenever I need to blow off some steam, I just use it is as-is, pretty much how it was reviewed. It’s a bad-ass, no frills machine and as I keep taking on all these solid axle projects, I like the simplicity of having something to just wail and NOT wrench on. (You will see a new body on it next time I talk about it here, though.)

Anyways, so yeah, I’ve still got this old school set of Terra Tires just sitting on my bench, taunting me, dying for a home. (see pic at top of page) But what home should they get? It’s a tough decision.

I’m looking at getting either a TRX4 Bronco, Blazer or Sport with a Long Arm Lift Kit.

I’m really not wanting something to do hardcore rock crawling with, as this will be more of a trail/mud truck; it’s gonna have monster truck tires on it, for crying out loud! I like the idea of the simplicity of a single speed truck…but given this rig won’t be strictly for the rocks, a two speed and the ability to open the diffs does sound pleasing.

It’s a tough decision, but I think I’m gonna go with a Sport. I want a body that represents old iron, but I’m not sure which I’ll use yet. For that reason, as well as mechanical simplicity, the lower price of the Sport is appealing.

I just placed the order at my hobby shop, so I’ll report back as I get it built up!