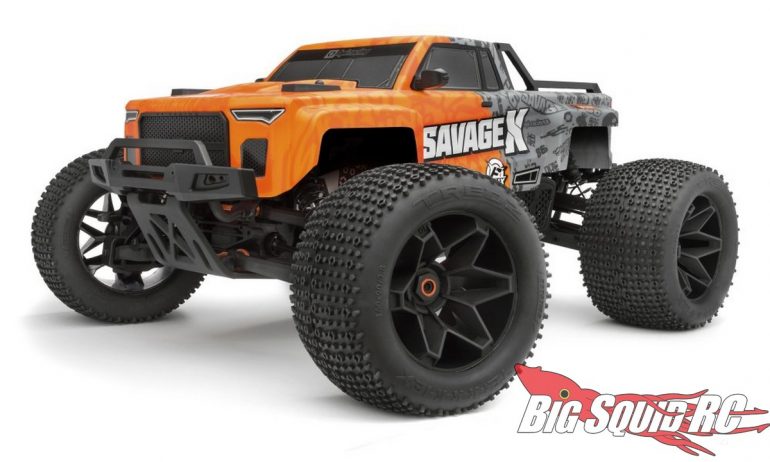 Hi guys, how ya’ll doing? Pretty big day in the hobby as Axial just announced a gigantic crawler, but in this neck of the woods we talk monster trucks.

I’m a couple weeks late on discussion of this, but I want to talk about the new and updated HPI Savage that’s supposed to be coming out soon!

Back when the nitro monster truck scene blew up in the early 2000’s, the HPI Savage was probably the T-Maxx’s biggest competitor. I was VERY MUCH on team Savage. I got mine as soon as it released and started racing it in my local track’s monster truck class. Once brushless became a thing, the Savage Flux became popular.

Then, as HPI’s financial/distribution issues became more problematic you stopped seeing the Savage out there (as well as all HPI vehicles).

There’s been a lot of positive news around the company as of late, and the updated Savage announcement is one of the best pieces of it.

The truck very much looks to be a Savage, complete with a twin vertical plate design (the new version has a lower cg TVP chassis) that has always “made” the vehicle. It looks tough and racy- just what a modern r/c bashing monster should be.

The most interesting aspect of this release is that HPI is going to release it not just as brushless, but also NITRO! And what’s crazier to me is the one that I want is the fuel rig.

Dang it, I miss owning a nitro monster truck! Yep, I can’t believe I’m saying it. I’d look forward to tuning it, jacking with clean-up and listening to the scream!

I suppose that nostalgia is a powerful thing, because I have so many fond memories of working on my old .21 engine (I wound up putting a Hyper .21 in it when it was time to race) that I find myself wanting one.

I’m just really happy to hear that the Savage is coming back. Going by the buzz this announcement generated a couple weeks back, many of you are too. The hobby is a better place with HPI being successful and the monster truck segment is better off having the big Savage on store shelves and bash spots.

Here’s to hoping we soon see HPI back in the game (in the States) in a big way!