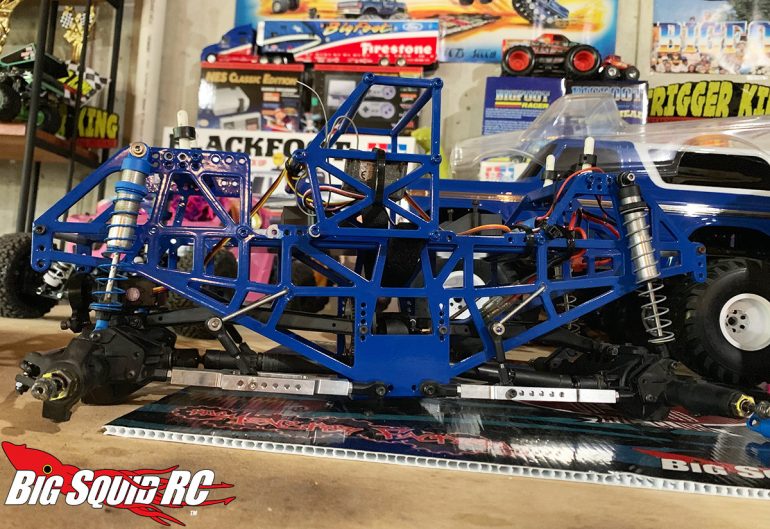 After a detour taking me into video game review territory last week, I’m back on terra firma. Yes, time for some old fashioned r/c discussion.

To start things off, I know I’ve talked about trying to get my hands on one of the new CEN Racing solid axle monsters (B50 and HL150, respectively) for awhile now, so I’m happy to say that I just got a tracking notice for BOTH of them. Insert smiley face emoji. As soon I get them in, you are going to see a lot about them in this space. They will be thrashed, modded, put into competition against the genre heavyweights, and thrashed with some more. This subset of the hobby really needs a good release like them, so here’s to hoping that they rock.

So speaking of thrashing, I am like halfway through this year’s race season and I have pulled basically ZERO maintenance on any of my race trucks since, I dunno, February? I’ve just given them a brief shake before an even and said “yeah, feels fine so whatever.” Well, this week, as my trucks are sitting high in the points race, I finally gave them all a much needed tear down. I had so many loose screws and nuts that how these things didn’t fall apart, I’ll never know.

Anyways, my Blue Bomber truck (pictured above) is getting a suspension overhaul while it’s on the bench. It had been using Axial RR10 Bomber get-ups, but I acquired a set of new SMT10 shocks so that’s what it’s getting. The truck was pretty limited on travel before, so these long dampers are REALLY going to help in that department.

Another thing that I’m doing for all of my brushed trucks is swapping out the current Hackmoto 17t motor for Team Brood 17t Monster Motors w/ advanced timing. In our Sport Modified class, with which my Blue Bomber and Nuclear Banana trucks compete in, we are limited to machine wound 17t brushed motors, but that’s really it. We’ve been running this class for a few years now, and guys are constantly experimenting with new setups to get more speed. The Team Brood motors appear to be the ticket. They have mega torque, perfect for a monster, and crazy top end. Appears to be a hell of a deal for $24.99, because from what I’ve seen from other racers who are running them, they are nearing Pro-Modified speeds.

Now, whether that kind of defeats the purpose of the point of a slower class…that’s another discussion entirely. In the meantime though, I’m trying to win a championship here and willingly joining the arms race. Racers gonna race, ya’ll.