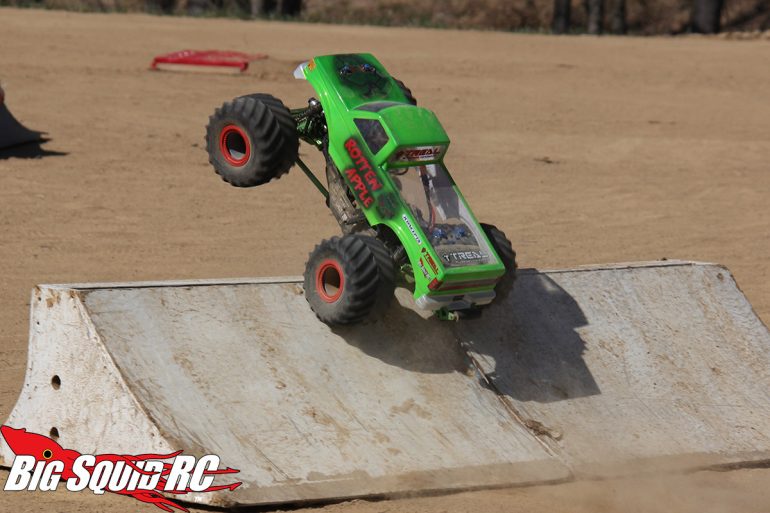 Monster Truck Madness – Save It For A Rainy Day

I know a few hardcore monster truck fans who read this blog, and I want to say “have a great time!” to those who are attending the Monster Jam World Finals in Orlando, FL this weekend.

It’s the biggest show in professional monster truck racing, and there will be some cool r/c stuff going down as well. There is a big r/c solid axle race that’s taking place during the pit party, and a special “good luck” to longtime racing friend Josh Rhodes who will be competing!

The World Finals is where Primal RC will be unveiling their 1/5 Scale Grave Digger! You can look for pics and details next week here on Big Squid RC!

While I won’t be in Florida, I do plan on doing some monster truck racing myself this weekend. The Trigger King series is back in action on Sunday, and it will be the first time we’ve been able to race since March, thanks to lousy weather. More of said aforementioned lousy weather is forecast around the race, though. Annoying.

This Spring has been particularly brutal in the Midwest as far as rain goes. My monster truck race fleet has been sitting idle which is annoying in and of itself, but the weather has also severely limited my bashing time with other vehicles.

I’ve got my no prep drag car ready to rock, but the free time I’ve had to do testing has been washed out. Ugh. I’ve also been flirting with building a sprint car for dirt oval racing…but thanks to the local track constantly being a mud pit, I’ve been able to hold that desire at bay. For now.

Oh well, knowing how things usually work in this area of the country, the rain is gonna break soon and we will be in the middle of scorching hot temps and bright sun. Hey, after so many rainouts, I’ll take it!

In the meantime, we are gonna try and push through a racing weekend here, even if it’s damp. And if it does rain out? Well, maybe I’ll do some online shopping and snag a new lid to paint for one of my trucks. (Speaking of bodies, how sick is that new JConcepts Power Master body? The r/c world needs more Power Wagon-inspired bodies!)

Well, that’ll do for me this week. Next week, I hope to have a post-race report discussing my Losi LMT and other rigs, as well as chatting about any r/c news that comes out of the World Finals.