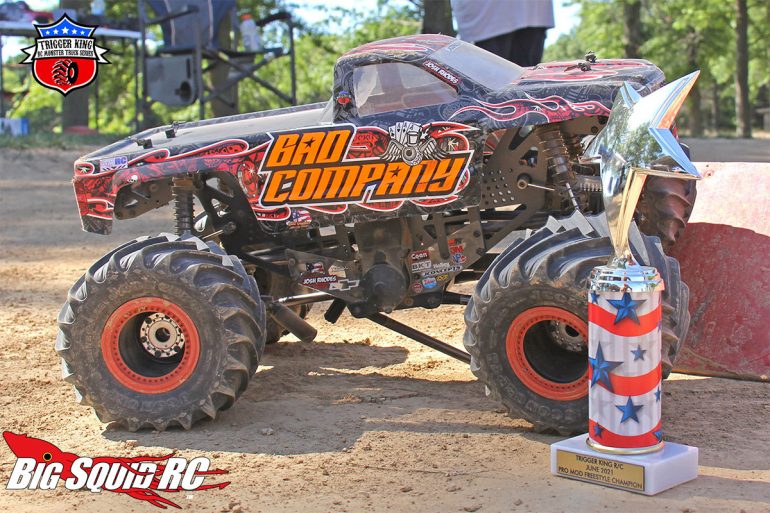 Monster Truck Madness – Spec Classes Are Not Long For This World

As someone who is heavily involved with racing solid axle monster trucks, watching the Losi LMT become integrated into the scene has been fascinating.

My club, Trigger King, put together a “Losi LMT Spec Class” to run for 2021. Other organizations throughout the US have been running similar classes with similar rules, all with the goal to let someone use the LMT in relatively stock trim to hopefully lower the barrier of entry to a prospective monster truck racer.

From monitoring online groups, seeing YouTube videos of event coverage and talking to friends/colleagues from around the country, two things are clear-

1 – The Losi LMT is a huge hit. The truck is a platform that’s been adopted by not just the hardcore monster truck community, but also the general hobbyist as well. The aftermarket is all over it, which brings us to point 2.

2 – Losi LMT Spec Racing is not long for this world. Modified LMT Racing, in my estimation, is.

Let me explain that second point- the LMT is a fun stock vehicle. Out of the box, nothing is close to it on the r/c solid axle MT front. Racing them stock however, and I can say this after a half year of doing it myself, leaves a bit to be desired, especially when you’ve driven a modified one.

It would seem that around the hobby this consensus is shared. The LMT is cool stock, but modified? A friggin’ blast!

You put a new servo in it, race compound wheels and tires (of which more are on the way for the unique wheel size, and soon!) and maybe a couple other goodies to reinforce your axles and the truck is a total monster. Modded LMT’s have been absolutely flogged in Trigger King competition (the pic above was from last weekend, when Josh Rhodes’ Bad Company was first LMT to win one of our Freestyle competitions), and it’s crazy how well they fly and the beating they can take with a few parts and pieces upgraded.

So what Trigger King is going to do at season’s end is this- make the “Losi LMT Spec Class” into a “Losi LMT Class” where racers are allowed to modify components while still keeping certain things as they are so as to keep in spirit of the original vehicle.

We aren’t certain yet of the rules package we are going to adopt, but the main crux of it as that Losi LMT vehicles MUST use the 2.6/3.6 wheel size (which also means this wheel will be illegal in the Pro Mod class), the stock chassis, the stock center diff transmission, and modifications that are designed for use with the LMT (i.e. Treal axles and other goodies).

Again, this isn’t finalized yet but we are working towards doing this going forward. In seeing how other clubs are struggling to maintain that their Spec racers are not allowed to modify certain aspects of the vehicle, as well as the explosion in aftermarket parts, I’d guess that a lot of clubs will be going this way eventually, if not sooner.

Once a rule package is finalized, I’ll share it here! If you are a monster truck racer, I’d love to hear your opinion on LMT rules or to hear your experience in racing this new vehicle during the 2021 season. Doug@BIGSQUIDRC.com is my address.

Thanks and keep it on all 4’s!